There is a big difference between Chinese and English. There are quite a few studies on the neural mechanism of Chinese developmental dyslexia. As the reading process is inseparable from working memory, inhibition, and other higher cognitive processes, the deep cognitive processing defects that are associated with dyslexia may be due to defective distraction inhibition systems. We used event-related potential technology to explore the source of negative priming effects in children with developmental dyslexia and in a group of healthy children for comparison. These results indicate that there are deficits in distraction inhibition in children with developmental dyslexia. In terms of the time course of processing, inhibition deficits in the dyslexia group appeared during early-stage cognition selection and lasted through the response selection phase. The results of our study may help further our understanding of the intrinsic causes of developmental dyslexia.

As the reading process is inseparable from working memory, inhibition, and other higher cognitive processes, the deep cognitive processing defects that are associated with dyslexia may be due to defective distraction inhibition systems. Currently, researchers believe that the central difficulty in developmental dyslexia reflects a deficit within the language system, especially in the lower level component of phonology, which has been defined as the ability to access the underlying sound structure of words [1]. Several studies have shown that among school-aged children, the global incidence of developmental dyslexia is 5%-10% [2]. However, a study by Zhou et al. [3] found that the incidence of developmental dyslexia among Chinese children is slightly lower at 4%-8%.

Like Japanese, the Chinese language is different from alphabetical languages. In most cases, dyslexia in Chinese children appears at the single-character level and manifests as processing deficits in various aspects of phonology, morphology, and semantics or children may have difficulties integrating information from all three aspects. Chinese individuals with developmental dyslexia are a heterogeneous group with complex and varied disease etiologies. Theoretical explanations for developmental dyslexia in the Chinese population can be placed into two categories: language-specific theories and nonlinguistic theories [4,5]. The language-specific theories mainly focus on the characterization and processing of speech information in children with dyslexia. Research has shown that individuals with dyslexia have deficits in several critical processing steps including phonological awareness, orthography, and Morphological awareness. There has been substantial achievement in this area, and a certain level of agreement has been reached [6-10]. As for nonlinguistic theories, it has recently been proposed that the linguistic deficits in dyslexia may be explicit symptoms of deep cognitive processing deficits [2,11-15]. During reading, the basic decoding of phonology and morphology cannot be separated from higher cognitive processing abilities such as working memory, processing speed, executive function, and attention.

The use of event-related potentials (ERPs) is an effective research method for accurately investigating the processing time course of the negative priming effect.

Regarding the ERP responses, the negative priming effects in the developmental dyslexia and control groups mainly manifested in the early components. The P100 amplitude in the parietal area of the control group was significantly higher than that of the dyslexia group. Similarly, the N100 amplitude in the parietal area of the dyslexia group was significantly higher than that of the control group. For P200, neither the amplitudes nor the latencies were significantly different between the groups. However, the average P300 amplitudes at the F3, F4, and Fz electrodes in the frontal area of the dyslexia group were higher than the amplitudes of the control group. Some studies have shown that in negative priming tasks, the P100 reflects earlystage, fast processing and selective attention to stimuli, while the N100 reflects concentrated attention to the target stimuli and the process of distinguishing the stimuli at the center of attention. Moreover, it has been suggested that the amplitude of the P200 component reflects allocation of the cognitive resources that are required for evaluating the processed stimuli, while the P300 reflects the cognitive effort needed to process distracting stimuli [18,19]. In the present study, the average LPC amplitudes in the central and frontal regions were significantly higher in the dyslexia group than in the control group, and remained higher until stimulus offset. This result demonstrated the presence of deficits in the location inhibition ability of children with developmental dyslexia. The processing time course showed that this deficit appeared both in the early cognition selection and processing phases, as well as in the later response selection phase. Additionally, the response selection inhibition ability was mainly located in the frontal and central regions of the cerebral cortex.

In the present study, we found that although the duration of the negative priming effect was short in the cognition phase, the formation of negative priming still required additional time after selection was completed. Furthermore, after a response was made to the cognitive target, the negative priming effect did not disappear immediately, but continued to affect the processing of subsequent items, as significant differences were observed even after 800 ms between the two groups. Negative priming represents an inhibitory effect. Thus, inhibition is produced after cognition selection and, in terms of brain regions, the inhibition effect occurs at mid-level regions within the frontal and central areas. The results of previous studies may explain the location inhibition features exhibited by the two groups [2,21,22]. In location negative priming tasks, the dyslexia group had enhanced N100 components in the parietal area compared to the components in the control group. This indicates that the dyslexia group had to utilize more cognitive resources in the cognition selection phase of early-stage processing compared to the control group. Thus, the cognitive selection of objects requires the observer to inhibit distractions by irrelevant information, and the effective inhibition of irrelevant information is more difficult for the dyslexia group. In the following response selection phase, the amplitudes of the P300 and LPC in the dyslexia group in the frontal and central regions were higher than the P300 and LPC of the control group. This indicates that children with dyslexia had to dedicate more cognitive processing resources in order to suppress irrelevant information, thus there are deficits in the distraction inhibition abilities of children with dyslexia. This result corresponds to the behavioral data. Furthermore, some research has shown that location inhibition is related to pathways in the dorsal and frontal regions, and our results are consistent with this conclusion [18].

Chinese is a graphic language, with words and sentences organized in a certain location sequence. Different relationships among the location sequences represent different meanings; therefore, spatial-location ability plays a vital role in the spelling and reading of Chinese. In addition, the reading process requires the involvement of a series of cognitive visuospatial location processes, such as visuospatial location scanning, recognition, analysis, and storage [8,10]. Deficits in location inhibition abilities may be one of the causes of dyslexia, particularly in the Chinese population. These results indicate that there are deficits in distraction inhibition in children with developmental dyslexia. In terms of the time course of processing, inhibition deficits in the dyslexia group appeared during earlystage cognition selection and lasted through the response selection phase. Regarding the cerebral cortex locations, early-stage cognition selection was mainly located in the parietal region, while late-stage response selection was mainly located in the frontal and central regions. 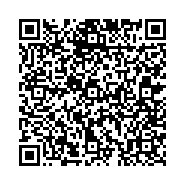