Neurodegenerative diseases are life-threatening illnesses for which there is now no cure. The mechanisms underlying disease initiation and progression are still poorly understood in general. As a result, more effort is being made to better understand their pathophysiology. Inflammation is a major contribution to many diseases. Several lines of experimental data have shown that neuronal cell death can trigger an inflammatory response, and that inflammation can cause cell death on its own.

In order to assess the complex implications of inflammation, it is important to produce it in neurodegenerative models. Inflammation can be induced in a variety of ways, with Lipopolysaccharide (LPS) being a useful weapon in this regard. LPS is a chemical found in Gram-negative bacteria's outer membrane. Although it is known to act on various receptors, its primary target is the Toll-Like Receptor (TLR) 4. TLR4 activation by LPS triggers the recruitment of a number of downstream adaptors, including MyD88, TIR-domain-containing adaptor-inducing interferon (TRIF), and TRIF-Related Adaptor Molecule (TRAM), all of which are important for the receptor's signalling.

The recruitment of these adaptors can activate downstream pathways, which can lead to the activation of transcription factors, which can then lead to the induction of a slew of pro-inflammatory genes. The TLR4 signalling pathway has already been thoroughly examined. Although the majority of research in this field employs LPS to excite glial cells, mostly microglia, it is well known that neurons also express TLR4. Activation of this receptor does, in fact, cause neuronal synthesis of several inflammatory mediators. LPS is used in numerous in vivo and in vitro studies. This substance is used to stimulate cell cultures as well as to be administered into the Central Nervous System (CNS) or the Peripheral Nervous System (PNS) in single or multiple injections.

As a result, its effects may differ depending on the experimental technique. As a result, in order to provide an overview of the current state of the art, we review the many protocols that use LPS. We also go over the benefits and drawbacks of using LPS models to better understand the complex molecular and cellular pathways that underpin the neuro inflammatory process that leads to dementia.

Parkinson's Disease Models Induced by LPS The neuropathology of Parkinson's Disease (PD) is defined by the degradation of dopaminergic neurons in the Substantia Nigra (SN), followed by the loss of axonal projections to the striatum, resulting in dopaminergic system failure. Dopaminergic dysfunction appears as tremor, stiffness, bradykinesia, postural, and gait problems, which are all common symptoms of the condition. The key diagnostic feature of PD is cytoplasmic inclusions known as Loewy bodies, which are essentially protein deposits of -syncline.

Although the cause of Parkinson's disease is unknown, it has been established that inflammation plays a role in the progression of the disease and is a significant element in neuronal death. Several LPS-induced Parkinson models have been validated and utilised to focus on the potential role of inflammation in PD. Endotoxin injection routes, doses, species models, and sources are all detailed. The key contributions of LPS-induced models to offering greater insights into the pathophysiology of PD will be presented in the next two parts.

In the context of Alzheimer's disease, LPS-based models aid in the study of the complex link between neuroinflammation and disease progression, particularly in terms of A processing and deposition. TLR4 and inflammatory pathway activation also causes glial response and neuronal death, which adds to memory loss and behavioural abnormalities. Both acute and chronic inflammations appear to play a role in this neurodegenerative disease, which is significant. Injection of LPS, on the other hand, could be used as a PD animal model due to the great vulnerability of mesencephalon neurons to this toxin.

In this way, LPS injection can help to uncover the inflammatory pathways that generate glial activation as well as the additional reasons of neuronal death, dopamine signalling deregulation, -sync aggregation, and behavioural abnormalities. Finally, in the cases of ALS and HD, the function of inflammatory processes in these two neurodegenerative illnesses must be better understood. The investigations could look into incorporating the usage of pre-existing models to assess the role of inflammatory challenges in the development of various pathological disorders. Importantly, the various methods and LPS serotypes utilised in the studies may result in a wide range of outcomes.

This diverse set of findings should help researchers better comprehend the complex relationship between neurodegenerative disorders and peripheral and central inflammation. To summarise, LPS is an essential tool for evaluating many characteristics linked with inflammatory processes, and it can be employed in investigations aimed at elucidating the pathophysiological underpinnings of neurodegenerative illnesses. Because of the diverse responses generated by the endotoxin, the serotype, method of administration, dosages, and other characteristics should be addressed while designing experimental protocols. 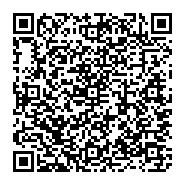