Ten patients aged from 10 to 35 years were admitted with refractory epilepsy. Cranial computed tomography (CT) and magnetic resonance imaging (MRI) showed classic features of TSC, and met the diagnostic criteria of TSC. The ten patients, who underwent combination therapy of foci resection and BCFC for epilepsy management between May 2004 and May 2014, were retrospectively reviewed with regard to seizure outcome, MRI, neuropsychology and postoperative complications.

The outcome of Engel class I was achieved in 5 patients, Engel class II in 3 patients and Engel class III in 2 patients, respectively. The results of MRI of the 10 patients showed no significant changes in the morphology of the coagulated area, and the 8 of them were effectively improved on postoperative intelligence and memory scores by WISC - RC scale and WMS scale evaluation. One patient developed mild hemiparesis after electro-coagulation and was fully recovered within 1 month. No permanent neurological deficit was found for all the patients during a standard clinical examination.

The combination therapy of foci resection and BCFC is an effective and safe surgical approach for the treatment of TSC associated epilepsy involving eloquent cortex.

Tuberous sclerosis complex (TSC) is an autosomal dominant genetic disorder, which caused by inactivation of the tumour suppressor genes hamartin (TSC1) or tuberin (TSC2), and affects approximately 1 in 6000 individuals per annum. About 85% of TSC patients manifesting with seizures that are often refractory to antiepileptic treatment [1]. Epilepsy surgery in patients with apparently focal epilepsy may be a good option. However, some TSC patients are with refractory epilepsy involving eloquent areas, which made these patients poor candidates by routine operation. Combined multiple subpial transections (MST) and resection has been demonstrated to improve seizure control in patients with multifocal epilepsy involving eloquent cortex [2], including one patient with TSC-associated epilepsy [3], without inducing significant functional deficits.

We have previously developed and applied a new method in the treatment of epilepsy specifically located in eloquent areas, which was called bipolar electro-coagulation on functional cortex (BCFC) [4-7]. Our results demonstrated that in some cases, when the epileptogenic foci were located in a functional cortex, the combined therapy of non-eloquent foci resection and BCFC was proved effective and greatly improved the outcome of the surgery [4,5]. In the utmost recent study we demonstrated that the BCFC technique was really effective and safe, without resulting in permanent neurological deficits in the treatment of unifocal epilepsy involving eloquent areas [6,7].

The combined foci resection and BCFC in the treatment of TSC patients with refractory epilepsy involving eloquent has not been reported so far. Here, we retrospectively reviewed all data of the 10 patients who were diagnosed with TSC and underwent the combined foci resection and BCFC at the Beijing Sanbo Brain Hospital and Beijing Sanbo Fuxing Brain Hospital between May 2004 and May 2014.

Ten patients who were diagnosed as TSC with epilepsy involving eloquent and noneloquent cortex were included in this study, who underwent resection with BCFC at Beijing Sanbo Brain Hospital and Beijng Sanbo Fuxing Brain Hospital from May 2004 to May 2014 and followed up for 30 to 72 (mean 49.5) months. There were five males and five females, aged 10- 35 years, with a mean age of 18.1 years. They had 14.9 years of recorded preoperative history of epilepsy on average.

The motor, sensory cortices and epileptogenic foci were identified with cortical stimulation in order to address the epileptogenci regions located in the eloquent and non-eloquent areas. At first, pre-resection electrocoticography (EcoG) was performed. Then after resection of non-functional epileptogenic cortices, ECoG (Figure 1) was performed in functional epileptogenic regions before BCFC [4-6]. BCFC was applied over the arachnoid membrane with an output power of 4-5W. The brain surface was kept clean and moist with the saline gauze. There was 45 degree angle between the forceps axis and the brain surface. The direction of electrocoagulation was perpendicular to the long axis of brain gyrus. The tip diameter of the bipolar forceps was 2mm. This procedure was performed at an interval of 5mm and with 1 second duration. The brain surface was washed immediately with the saline to lower the brain temperature released by electro-coagulation. Following the BCFC procedure, post-BCFC ECoG was performed (Figure 2). The output power never exceeded 5W because higher output power may damage the internal pyramidal layer and may result in unacceptable neurological deficits Red and white stripes at regular intervals were clearly visible on the electro-coagulated cortex. The BCFC was applied over outside arachnoid mater and the blood vessels located in pial mater remained undamaged except for the capillaries, After BCFC, the artificial dura was covered on the cortex, which can significantly reduce the occurrence of adhesions and epilepsy.

1. The mean duration of postoperative follow-up was 49.5 months (ranged 30- 72 months). The outcome of Engel class I was achieved in 5 patients, Engel class II in 3 patients and Engel class III in 2 patients, respectively.

2. Follow-up MRI was performed on the ten patients 1 to 3 years after surgery, showing no abnormality in all the patients (Figure 3). Table 1: Neuropsychological evaluation of the ten patients with TSC before and after epilepsy surgery.

4. Complications: One patient developed mild hemiparesis after BCFC and was fully recovered within 1 month. No occurrences of hemiparesis, hemorrhage or infection. No permanent neurological deficit was found for all the patients by a standard clinical examination.

TSC-associated epilepsy generally onsets after birth, and is often refractory to antiepileptics, surgical management of intractable epilepsy with TSC is usually restricted to the patients having epileptogenic foci associated with tuber located in non-eloquent areas of the cortex [8-14]. These results are generally very satisfactory after complete resection of the epileptogenic tuber [13]. Tailored surgical resection of epileptogenic foci has been reported to stop seizures in 57% of drug-resistant patients and decreased seizures frequency more than 90% [15]. But resection to an epileptogenic tuber overlapped by functionally cortical cortices might be unacceptable because of high risk of neurological deficits. It is commonly recommended that patients with multiple and bilateral epileptogenic foci are not amenable to resection surgery, especially involving the eloquent cortex [16]. With the consideration of MST interrupting horizontal synchronizing neuronal networks while preserving vertical functional units, and MST was firstly introduced to treat epilepsy originating from functional cortex by Morrell [17]. Placement of pure MST over the sensorimotor cortex has been shown to produce a clean electrocorticogram with longlasting seizure remission [18].

There is almost no literature to report the treatment of TSC-associated epilepsy involving eloquent cortex with MST. Only Romanelli P reported that one patient who was TSCassociated epilepsy associated with multifocal epileptogenic foci involving eloquent cortex achieved a favorable outcome after underwent combination of MST and resective surgery [3]. The other reports on the efficacy of pure MST or resection with MST are different widely. Jeffrey P. Blount reported that 12 (46%) patients were seizure free (Engel Class I), 11 (42%) patients achieved Engel Class II and III in 26 patients who underwent cortical resection with MST [19]. Susan S. Spencer reported that of 12 subjects who underwent pure MST or resection and MST, five (42%) patients obtained a significant improvement in seizure frequency and two patients had a marked decrease in the severity of their seizures [20]. Orrin Devinsky also reported that 10 (77%) patients of 13 were improved by MST and resection [21].

BCFC is a new surgical technique that can reduce the cortex-related seizures as a result of destructing the epileptic foci and transmission by thermal energy, which is applied with bipolar coagulation forceps. The mechanism underlying BCFC in treating epilepsy is presumed to have a similar principle as MST. Our previously clinical trials have demonstrated that the electrocoagulation with output power on 4-5W can damage the external molecular layer, external granular layer, and the external pyramidal layer (only reaches to the third layer of the cortex), without decaying the internal pyramidal layer (Figure 4). The surgical procedure is safe without leading to unacceptable neurological deficits [4-7]. The pure BCFC technique has showed good efficacy to treat refractory epilepsy as the epileptogenic foci is located in the eloquent [6]. When epileptogenic focus overlaps the eloquent cortex, the approach of combination of resection and BCFC can safely produce ablation of the epileptogenic focus [4-6]. Our previous study also showed that lesionectomy combined with BCFC (71 patients) was significantly more effective than lesionectomy only (78 patients) with the 2-5 years of follow-up [5,6]. Figure 4: Epileptogenci regions located in the eloquent and non-eloquent areas.
After BCFC, the molecular layer of the cerebral cortex and the superficial external granular layer were coagulated and denatured, and the granular layer and the outer vertebral body of the brain tissue were edematous. HE x 40.

The approach of foci resection combined with BCFC to manage the TSC-associated refractory epilepsy has not been reported so far. Our ten cases had an excellent outcome that the morphology of these coagulated areas showed no significant changes by MRI, and their postoperative intelligence and memory scores were improved to some extent and without serious complications after combination of resection and BCFC of epileptogenic foci involving the eloquent cortex. According to our experience, the approach of foci resection combined with BCFC could be regarded as one of the effective and reliable method of therapy for TSC-associated refractory epilepsy involving eloquent. The reasons are as follows:

iii. Our previous study proved the safety, efficacy, and convenience of handling the BCFC technique to treat drug-resistant seizures[7];

iv. The approach of combination of resection and BCFC can safely produce ablation of the epileptogenic focus when ictal onset overlaps the eloquent cortex [4,5].

Although the BCFC technique is only a palliative surgery and cannot be applied for all epilepsies [7], and long-term follow-up studies of international multicenter are required to delineate further effects, the combination therapy of foci resection and BCFC to manage the TSC-related epilepsy involving eloquent cortex holds significant promise for future therapy.

The approach of foci resection with BCFC is a new and effective method and can meaningfully manage the TSC-associated refractory epilepsy involving eloquent areas without permanent neurological deficit. Prospective randomized studies are needed.

The work is supported by Beijing Municipal Science & Technology Commission (Z161100000516131), The Capital Health Research and Development of Special (2016-1-8012) and Basic Clinical Research Cooperation Project of Capital Medical University (15JL90) in China. We confirm that we have read the Journal’s position on issues involved in ethical publication and affirm that this report is consistent with those guidelines.

None of the authors has any conflict of interest to disclose. 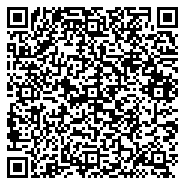