Cognitive problems are seen in many different neuropsychiatric disorders. According to a comprehensive study, people with depression, anxiety, bipolar disorder, obsessive compulsive disorder, schizophrenia, borderline personality disorder, impulse control disorder, somatoform disorders, sleep disorder and alcohol and substance abuse may also report attention impairments that also result in worrking memory deficits [2,3]. Moreover; dementias (Alzheimer, Parkinson disease etc) are associated with attention and memory impairments [4,5]. Due to the fact that attention and memory impairments are frequently observed in many disorders, screening these functions in large populations have crucial importance in terms of the prediction and prognosis of the related disorder [6-8].

The present study investigated whether or not there is a significant association between the patient’s simple anamnestic information about cognitive impairments and the scores in related subtests of MoCA. The objective was to determine the accuracy of anamnestic information in terms of attention and memory impairments in comparison to the scores on the related subtests of MoCA.

The data was collected over a three month period. All psychiatric consultation and testing were done by the same psychiatrist. All of the participants were psychiatrist’s patients seeking help at his private practice in Istanbul, Turkey for a variety of complaints. Because this was a retrospective study, informed consent was not collected from the patients. However, the study was approved by the ethics board of the University of Uskudar, Istanbul, Turkey.

Second, the psychiatrist administered the memory and attention-concentration -working memory subtests of the Montreal Cognitive Assessment [10] as adapted to Turkish by Selekler et al. [11].

After the clinical interview and the administration of the MoCA, the psychiatrist thanked the patients for their participation and carried on with the rest of his session.

In all tests, significance level accepted as 0.05. Statistical analyses were evaluated with IBM SPSS 19.0 version.

To our current knowledge, this was the first study to directly investigate whether there is a significant relationship between the patient’s simple anamnestic information about cognitive impairments and the scores in related subtests of MoCA. Furthermore, with this study, we also aimed to add to the literature and help the clinicians save time in their clinical interviews by investigating whether the simple “yes/no” questions regarding patients’ attention and memory impairments would correlate with their scores on the attention and memory subtests of the MoCA.

We found that there indeed is a significant association between the patient’s simple anamnestic information regarding attention and memory impairments and the scores in related subtests of the MoCA. The consistency between patient’s answers to simple yes/no questions about attention and memory problems and the scores on the related subtests of MoCA has three main implications.

First, clinicians can save precious time by not having to administer MoCA to investigate whether patients are suffering from cognitive impairments in attention and memory. The clinician may simply just ask the patient how their attention and memory has been recently and then proceed from there without having to administer, score, and analyze MoCA..

Second, because the exclusion of MoCA would provide clinicians with extra time, large groups of patients can easily and quickly be scanned through simple anamnestic questions regarding their cognitive impairments in attention and memory. This would be especially useful for clinicians working at settings where high patient volume is a serious issue such as state hospitals and local clinics.

Third, clinicians can go to their intake interview notes and use psychiatric patients’ answers to the simple anamnestic yes/no questions about attention and memory to conduct research retrospectively without having to administer the MoCA. In instances where MoCA was not administered or not available, doctors and researchers alike can simply use the information provided by the patient during the clinical interview for both medical and research purposes.

This study, however, is not without limitations. First, it involved a relatively small sample of patients recruited from only one setting (author’s psychiatry private practice). Further research in this area could involve a larger data set collected from multiple health care settings. Second, most of the participants in this study had high socio-economic status, and the majority of them were male. It is probably safe to assume that future studies with larger, socioeconomically more diverse sample with a closer male to female ratio could potentially provide better results. Third, our study used data obtained from patients with a variety of psychiatric disorders such as depression, anxiety, bipolar, and schizophrenia, which may impact attention and memory at different degrees and levels. Further research could benefit from focusing on one disorder, or even on one subtype of a disorder.

Nevertheless, our main finding that the general population can be evaluated in terms of attention and memory by using a basic yes/no question about recent attention and memory functions with or without the use of MoCA has important practical value and has exciting possibilities for future research in this area. 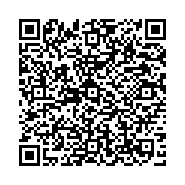