The Processing of Chinese Epistemic Sentences

This paper examines the extent to which there is a link between Chinese language pragmatic abilities in understanding epistemic sentences for old people, with the goal of providing a better understanding of the factors that predict successful comprehension mechanism among old people. The current study examines the processing of epistemic Chinese sentences in three age groups of old people, i.e. 60-65 year old, 65-70 year old and 70-75 year old. The paper uses event-related potentials (ERP), a measure that allows examination of the mechanisms used during these sentence processing. Results are discussed from the processing mechanism of the old people, and finally conclusions were made with regard to the effect of age group in the process.

Epistemic sentences have figured prominently both in theories of competence and in theories of performance. Bringing diverse lines of inquiry closer together is a challenging, yet fundamental, goal for linguistic theory. The idea that the distribution of different epistemic scales, even some aspects of their interpretation, may be governed by competition with a more epistemic alternative is not new. However, so far relatively little progress has been made towards a general theory of epistemic competitions and especially on the question of how the candidate set for comparison is determined [1].

We are focused on broadening the empirical domain of inquiry by considering epistemic competitions of different levels: higher levels and lower levels for different age people. The idea that age plays a role in pragmatic sentence processing has long been recognized, which is inherent in computational models of constraint satisfaction as well as in theories of encoding and retrieval from working memory. In the past decade especially, the empirical breadth of sentence processing research on epistemic competitions has increased dramatically [2]. And interestingly, there are many recent experiments on different levels of epistemic competitions that give evidence that initial interpretive processes can be selective and non-competitive. So it is necessary to consider whether or how notions of age that can explain distributional facts about pronouns are related to mechanisms of sentence production and comprehension.

In this paper, we are aimed to study the role(s) that age and pragmatic ability may play in these domains by means of ERP technique. All participants will take an extensive battery of individual difference measures. The goal is to develop a better understanding of the contexts and conditions under which Chinese old people are successful and to examine whether processing in long distance Chinese pronoun sentence processing is qualitatively similar or different from different age groups, i.e. groups of every five years gap.

Age and Pragmatic Use of Epistemic Sentences

In everyday life, we often need to estimate the likelihood of the actualization of affairs either in past, present or future, since many things cannot be experienced personally. In these cases, epistemic modality has been involved of which the core definition encounters few controversies in linguistics [3,4]. The epistemic meaning can be encoded by various linguistic devices, both grammatical and lexical ones such as modal adverbs, modal adjectives, modal auxiliaries and mental state predicates, participals, nominal modal expression etc. [3] also claims that inexpressions of epistemic modality at least include the former four forms.

Palmer [5] combined formal and semantic criteria to analyze the modal system in English. The formal criteria used in his study are what Huddleston calls “NICE” properties and three additional ones including “No -s form of the 3rd person singular”, “No non-finite forms” and “No cooccurrence”. Of course, Palmer admits not all modal verbs are in line with all these criteria. As to the semantics, he notes that the core concepts of modality are possibility and necessity. Palmer, basing on Lyons’ binary distinction between epistemic and deontic modality, proposed the third – dynamic modality involving “the ability and volition of the subject of the sentence” such as can and Will. He discusses in detail each kind of this modality in terms of their possibility and necessity separately.

In addition, Palmer examines at length the relation between behavior of the modals and negation, tense, voice etc. Regarding the epistemic modality, Palmer considers it; among all types of modality is the simplest to deal with. As “the greatest degree of regulations” can be found within epistemic modality, it can be clearly distinguished, both syntactically and semantically, from other types. However, it is worth noting that here Palmer does not take other epistemic modality forms into account, but just modal auxiliaries, so it is much easier to find out some common syntactic regulations. He notes, at the same time, modal auxiliary may and must mark the basic degree of possibility and necessity and epistemic modality is normally subjective viz. the epistemic modality closely relates to the speaker. Another point we need to pay attention is the approach Palmer adopted. He bases his investigation of modal system in English on data from the Survey of English Usage consisting of both spoken and written material the only way Palmer considers to get a satisfactory analysis of modality.

Palmer [6] develops his work on modality in 1986 and views modality as a grammatical category widely existing in human languages. He tries to describe modality category via typological method. The material covers about 70 different kinds of languages. Palmer argues that category of modality in languages manifest itself grammatically via both mood and modality system. Maybe both modal devices appear in a specific language such as German. However, in most languages, it seems only one of them occurs or at least “one is far more salient than the other” (P4).

Mood is mainly concerned with a binary distinction: realis and irrealis. In European languages, they refer respectively to indicative and subjective. For modal system, Palmer distinguishes two kinds of modality–event modality and propositional modality. The former involves the events that “are not actualized but merely potential” (p70) and consist of deontic and dynamic modality. The latter relates to “speaker’s attitudes towards the factual status or truth value of the proposition” (p24) and comprises epistemic modality and evidential modality. As to epistemic modality, three type’s judgements are commonly found in languages – speculative, deductive and assumptive separately. Speculative judgment expresses uncertainty, deductive judgement refers to an inference drawn from observable and assumptive judgement involves inference drawn from what is generally known. After all these theoretical considerations and recognition of indeterminacy in modal meanings.

Li [7] investigates whether or not epistemic adverbs keneng (possibly) and bixu (surely) can modulate the processing of propositional truth in Mandarin Chinese by e using ERP technique. Six conditions of sentence (3) with propositional value (i.e. true, false) and epistemic modality (i.e. neutral, certain and uncertain) below are examined in the investigation. Based on the study, we did the following ERP study.

Twenty-four healthy old people from three age groups (i.e. 60-65 age, 65-70 age and 70- 75 age) participated in the ERP experiment (11 female, 13 male, mean age is 68.46 years, SD=2.13). They were all native speakers of Mandarin Chinese, right handed with a normal or corrected-to-normal vision, having no neurological, psychiatric or cognitive disorder. None of them took part in any tests related to the study. They knew nothing about the purpose of the study.

The testing material was taken from Ren et al. [8] but had slight change, which could be seen below.

Participants were seated comfortably in a dim light sound-attenuated chamber, about 1 meter away from a CRT display. After attentively reading one sentence, they were instructed to judge whether the sentence was semantically and syntactically acceptable basing on their intuition with 7 ratings, where 1 is the least acceptable rating, 7 is the most acceptable rating. All testing sentences were presented segment-by-segment (black Chinese characters, light grey screen) in a rapid serial visual presentation paradigm. Each sentence was divided into seven segments as illustrated above, with the critical epistemic modal adverbs always appeared independently.

As showed in Figures 1 and 2, the epistemic adverb keneng (possibly) in baseline condition, relative to the follow-up condition, elicited a positive going deflection in the ERP response with a much stronger right centro-parietal scalp distribution in 300-900 ms time interval. This is a P600 effect which has been viewed as closely associated with syntactic reanalysis and repair processes (40)(41). The negative voltage ERP component is quite sensitive to syntactic aspects of input language and can be evoked by follow-up continuations (42)(43). P600 appears under the follow-up condition might be related to age effect, i.e. age decline. In this study, psychological verb guji (estimate) and modal adverb keneng (possibly) are used to express uncertainty towards the likelihood of situation uttered, while queding (convince) implies sufficient confidence for his/her assessment, although not explicitly indicating high certainty degree. Therefore, when guji (estimate) and keneng (possibly) occur in the same sentence, the acceptable degree for different age of Chinese ole people emerged. Furthermore, both the presence of guji (estimate) and keneng (possibly) as concord perhaps can enforce each other (3). While the combination of queding (convince) and keneng (possibly) by which the certainty degrees encoded seem to be contradictory are unacceptable (M=2.41, SD=0.84). The critical word, i.e. epistemic adverb keneng (possibly), in the unacceptable sentences elicited only a monophasic P600. This result suggests that the ne`uro-cognitive mechanism underlying Chinese epistemic adverbs only involves extra syntactic processing for age group of 60-65. 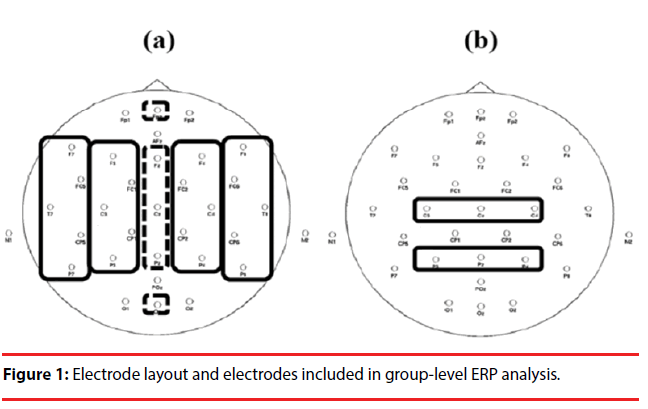 It is interesting that only the P600 was observed in processing the modal adverb keneng (possibly), as it is consistent with Ren et al’s [8] finding, indicating that modal adverbs can modulate the propositional value in the course of sentence comprehension in Chinese. For baseline true sentences, the difference between uncertain keneng (possibly) condition and neutral one reaches statistically negative significant in 300- 500 ms at midline. The brain responses of old people are not N400s but positive-going waveforms and extensively to 600-900 intervals which can be attributed to the incompatibility between uncertain adverb keneng (possibly) and the true proposition with adverb queding (surely). In addition, the modal adverbs do not adverse the truth value of propositions, viz. whether a sentence is truth or false does not rely on epistemic modal adverbs, which means that the processing of Chinese epistemic adverbs may only involve syntactic cost, without the semantic consideration for old people.

To sum up, from the analysis above, we can conclude no matter which category (evidentiality or epistemic modality) the epistemic verbs are assigned to, one point is certain they concern an epistemic scale viz. ranging from the high certainty toward the likelihood of situation communicated to low certainty. Chinese old people with different age show a clear mechanism tendency to move from higher epistemic semantic scales to lower scales, with the evidence of showing the mixing emerging results of P600 and N400 between baseline and follow-up sentences.

This article was funded by the Key Beijing Social Science Foundation Project “Research on the Processing of L2 English Sentences from the Perspective of Connectionism Theory” (2015BJ0122) and the National Language Commission project “Research on Pragmatic Competence of Older People in Language Erosion Period” (YB135-46). 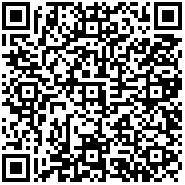