Methods: This study recruited 101 patients with MDD, 100 with hypertension, 35 with both MDD and hypertension, and 572 community controls.

Conclusion: The AGT M235T polymorphism may have a pleiotropic effect in depression and hypertension. The depressive symptoms, hypertension medication and age of onset should be considered in the clinical setting. A population-based study should be needed for further clarification to the results in future studies.

Several studies have shown an association between MDD and hypertension [7-12]. Two studies found that the risk of hypertension is increased 5-10 years after the occurrence of MDD [9,10]. There has been one large populationbased cohort study, which involved 1 million individuals registered in the Taiwanese National Health Insurance System [12]. An association was found between MDD and a subsequent diagnosis of hypertension, with an odds ratio (OR) of 1.22. Another study [13] which used administrative healthcare data in Stockholm County, Sweden, showed that the age-adjusted OR for depression in persons with hypertension was 1.293. Our previous study showed that hypertension is a possible vulnerability marker for depression in patients with end-stage renal disease [14]. Based on the above studies, there appears to be an association between depression and hypertension. However, the under lying mechanism remains unclear.

Past studies have shown that the renin– angiotensin system (RAS) regulates blood pressure, cardiovascular homeostasis and vascular tone [15] and that increased RAS activity may increase the relative risk of depression [16]. The activity of the RAS is reflected by angiotensinogen (AGT), angiotensin I (AI), angiotensin II (AII) and angiotensin-converting enzyme (ACE). Initial step of AII synthesis is renin on AGT to produce AI. AI is subsequently converted to AII by ACE. In a previous study [16] associations were found between four RAS-associated gene polymorphisms [ACE insertion/deletion (I/D);AGT M235T; angiotensin receptor type I (AT1R) A1166C; and angiotensin receptor type II (AT2R) C3213A] and brain RAS activity.

However, antihypertensive medication, such as beta blockers, can also cause depressive symptoms [24]. In contrast, reduction of AII activity by ACE inhibitors, such as captopril, can produce antidepressant-like effects in experimental animals and humans [16,25]. It may represent that there was association between depression and RAS.

The study was approved by the Institutional Review Board of Kaohsiung Armed Forces General Hospital in Southern Taiwan. After detailed explanation, written informed consent was obtained from all participants.

All participants were selected by age and gender frequency matching in a teaching hospital. All patients with MDD were interviewed face-to-face by a senior psychiatrist, and fulfilled the criteria of MDD on the basis of the Mini International Neuropsychiatric Interview (MINI) [30] for DSM-IV criteria. The hypertensive patients were consecutively recruited from the cardiovascular outpatient department for our previous study [31]. Hypertension was defined blood pressure ≥ 140/90 mm Hg or the use of antihypertensive medication [32,33]. The patients with MDD and those with hypertension were recruited between March 2001 and December 2010. Control participants were selected by stratified random household sampling from the general population of Tainan City, and these individuals were invited to attend a health-screening program [34].

Total of 808 participants were recruited and allocated to four groups: 35 patients with both MDD and hypertension; 101 with MDD; 100 with hypertension; and 572 controls. The demographic characteristics of the four groups are compared in Table 1. On χ2 and ANOVA testing, the differences in mean age (p = 0.140) and gender (p = 0.561) among the four groups were not statistically significant (Table 1), which showed that all participants were completed frequency matching by age and gender.

Table 1: Demographic data on the four groups participating in the study.

All participants underwent venous blood collection for DNA extraction. Genomic DNA was isolated by phenol-chloroform extraction from peripheral whole blood drawn into tubes containing potassium EDTA [35]. DNA extraction was performed using the Nucleospin blood kit (Macherey-Nagel, Germany). The DNA was eluted in a clean 1.5 mL microcentrifuge tube with 100 μL elution buffer. Genomic DNA was amplified by polymerase chain reaction (PCR) with oligonucleotide primers that were specific to the AGT gene sequences:5’- CCGTTTGTGCAGGGCCTGGCTCTCT-3’ a n d 5 ’ - CAGGGTGCTGTCCACACTGGACCCC-3’. The PCR products were digested with restriction enzyme Tth111 I at 65°C overnight. The PCR-restricted fragment length polymorphism fragments of the homozygotes of M allele of AGT M235T polymorphism were non-digested bands of 165 bp, and the fragments of homozygotes of the T allele were two digested bands of 140 and 25 bp. The heterozygotes had PCR products of 165, 145 and 25 bp. In addition, 10% of the samples were selected for direct sequencing to confirm consistency with PCR-restricted fragment length polymorphism results.

Table 2: Genotype distribution and allelic frequency of AGT M235T in the four groups.

Participants with the AGT T235 allele showed elevated levels of plasma AGT, and AGT T235 allele has been shown to be positively associated with hypertension in a previous study [36]. Another study found that the frequency of the 235T allele was higher among hypertensive than normotensive individuals (93 vs. 85%; p = 0.015) and the OR for association with the 235T allele (vs. 235M) in hypertensive individuals was 2.20 [37]. In the polynominal logistic regression analysis, AGT M235T genotype distribution had no significant association with hypertension (Table 4). These different findings may be due to several factors. First, ethnic difference may lead to different allelic frequencies. Participants were mostly of European, Mulatto and African descent in the study of Pereira et al. [36], but participants in our study were Taiwanese. In the study of Wang et al., the participants were Taiwanese [37], but they recruited only 96 healthy controls, whereas our control group comprised 572 participants. Their lower number of controls may cause the lower power; it would have led to a reduced likelihood of positive finding. Second, other gene polymorphisms, including ACE gene insertion/deletion (I/D), AT1R gene A1166C, and AT2R gene C3213A, which were not included in our study also have associations with the RAS, which is an important regulator of blood pressure.

Regarding the association of AGT M235Tpolymorphismwithhypertension, a statistically significant association with hypertension was identified for the TT versus MM genotype (OR 1.54, 95% CI 1.16-2.03, p = 0.002) in a previous study [38]. In that study of the AGT M235T polymorphism, the frequency of T allele was 75.2% in the hypertensive group and 72.7% in controls. In addition, the prevalence of MM/MT/TT for the hypertensive and control groups was 6.9%, 35.8%, 57.3% (MM/MT/TT in hypertensive group) and 7.9%, 38.8%, 53.3% (MM/MT/TT in control group), respectively. The genotype distribution differed between their results and our study, which may have contributed to the negative finding in our study. However, in another study from Taiwan [37], the frequencies of MM, MT, and TT genotypes in hypertensive (1, 13 and 86%) and normotensive participants (0.30 and 70%; p = 0.008) was similar to our study. On the other hand, there were different AGT M235T allelic frequency distribution either hypertension patients or control group in two past studies [37,39] which were both selected from Taiwan. However, the prevalence of the AGT M235T (rs699) M allele in Southern Han Chinese from NCBI resource (https://www.ncbi.nlm.nih.gov/ variation/tools/1000genomes/) was 12.86%, similar to that in our control group (11.8%) (Table 2).

With regard to the effect of AGT M235T on depression, a significant relationship between the AGT M235T polymorphism and Centre of Epidemiological Studies Depression Scale (CES-D) scores in men was reported in a cohort study [28]. The authors found that individuals with the TT genotype had severer of depressive symptoms than those with the M allele, which seems to contradict our study. In our study, M genotype (MM and MT) of the AGT M235T polymorphism was significantly more common in patients with both MDD and hypertension, second most common in patients with MDD, third most common in hypertensive patients and least common in controls (χ2 = 19.028, p<0.001). However, the cases in the previous study were from the normal population with evaluated depressive symptoms, rather than patients with true depressive disorder. Therefore, it could not be concluded that TT genotype is more common in patients with MDD. In addition, their study was conducted within the Rotterdam Study, a cohort study in the Netherlands. Ethnic difference may have led to differences in allelic frequency. In the study of López-León et al. [28], AGT M235T allelic frequency distribution was different from that in our study, another study from Eastern Taiwan [37], another study in Taiwanese population [39] and our past study [40].

Regarding the presence of the T allele of the AGT gene was associated with increased AGT level in a previous study [41]. This increased AGT level may enhance the feedback on the hypothalamic–pituitary–adrenal axis mediated by RAS modulation and lead to depressive symptoms. So the T allele of AGT gene may lead depressive symptoms in their study, this result was not consistent with our findings. But in an experimental animal study [27], a low AGT level in the brain led to anxiety-like behavior accompanied by a depression-like state, which was consistent with our results. But finding the initial SNP is not the same as finding the underlying biology, more studies are needed to explore the true effect of the AGT M235T gene polymorphism on AGT level. AGT is a liver protein that interacts with renin to produce AI. Therefore, the AGT level may not be the most important factor in the RAS associated with depression. Other RASrelated factors, such as the level of AI, AII and ACE, may have an influence on depression. And past study [42] showed that several RAS related genes had their roles in hypertension, we also need to consider their possible impact on depression in the future. Although our study was not genome-wide association study and did not contain all candidate gene related RAS, but the gene AGTM235T we selected was based on past studies [21-23,28,40,43].

T﻿﻿﻿his study had several limitations. First, hypertension and MDD are both highprevalence diseases. Large study samples, including case and control groups, are necessary to help us to understand the true interrelationship between MDD and hypertension. Second, we had controlled the factors of age and gender, but early onset was noted in some MDD cases, which may affect the results. Third, life style like alcohol, tobacco use and life stress which may confound the results between hypertension and MDD. Fourth, although our control group was selected from Tainan which is located in Southern Taiwan [44], that had showed its community representation. The case group was also selected from Southern Taiwan. However, this study still could not avoid Berkson’s and collider bias [45]. Fifth, we did not record the disease duration and onset of MDD and hypertension. So we can’t analysis the association between the AGT M235T gene polymorphism and disease duration and onset and clarify whether hypertension causes MDD or MDD causes hypertension. Sixth, we did not record the information of antidepressants intake. So we can’t analysis the differences between differences in antidepressant intake between Western and Taiwanese populations. Seventh, we did not check the AGT level in our cases. So we can’t explore the true effect of the AGT M235T gene polymorphism on AGT level.

The authors would like to thank all researchers in Kaohsiung Armed Forced Hospital who assisted in this study.

All authors have no conflict of interest to declare. 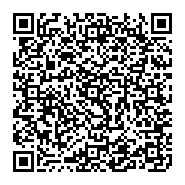