Suicidal ideation in young adults is an increasingly burdensome issue worldwide. Further, previous research has shown a very high prevalence of suicidal ideation in medical students, ranging from 9.1% to 48.2%. Many factors have been identified as likely contributors to the development of suicidal tendencies in this specific population including certain behavioral and personality traits, co-existing mental health problems, and stressful personal or academic events. In addition, female medical students have been found to have significantly higher rates of suicidal ideation than the general population.

Suicidal ideation in young adults is an increasingly burdensome issue worldwide. Further, previous research has shown a very high prevalence of suicidal ideation in medical students, ranging from 9.1% to 48.2% [1-3]. Many factors have been identified as likely contributors to the development of suicidal tendencies in this specific population including certain behavioral and personality traits, coexisting mental health problems, and stressful personal or academic events [4-6]. In addition, female medical students have been found to have significantly higher rates of suicidal ideation than the general population [7,8].

The data shows that many factors contribute to the high rates of suicidal ideation in medical students. These students are more susceptible to psychiatric stressors, and therefore have alarming rates of burnout, anxiety, and depression [9,10]. Depression in particular is frequently documented as one of the risk factors most likely to lead to suicidal thinking, and studies have shown that many students are depressed when they commit suicide [11,12].

Other common traits that may contribute to suicidal thoughts in medical students include substance abuse, heavy curricular burdens, decreased life satisfaction, and certain personality traits including maladaptive behavior [4,13-15]. As data from a six-year longitudinal study from four medical universities in Norway demonstrate, medical students’ life satisfaction drops precipitously at the start of their studies and remains low until graduation [15]. Another study performed in 2014 showed that medical students are less likely to look after their personal concerns and to seek mental health treatment due to fears about stigmatization, confidentiality, and any impact such treatment may have on their future careers [5,16,17]. Additionally, certain personality traits make medical students more vulnerable to mental health stressors and suicidal ideation. These include neuroticism, introversion, and low self-esteem [18,19]. Several previous studies have shown that low self-esteem, which implies self-rejection, self-dissatisfaction, and self-contempt, is associated with suicidal ideation [20]. Moreover, suicidal ideation has been shown to be associated with low social function scores (indicating a decrease in the pursuit of social activities with family, friends, or colleagues because of physical or emotional constraints). One study, although not performed on medical students, concluded that social functioning may have a major impact on suicidal ideation [20]. In the meantime, students with suicidal ideation score no differently than normal students on a battery of neuropsychological tests (Wisconsin Card Sorting Test, executive function; Auditory Verbal Learning Test, verbal learning and memory; Word Fluency Test, verbal fluency; Trail Making Test, visualmotor processing and motor speed; Stroop Test, response inhibition and selective attention).

The strong association between mental health and suicidal ideation has been emphatically pronounced on the research level, yet this has not yet translated to a similar interest among medical educators [5,21]. Perhaps if researchers place a greater emphasis on the specific risk factors associated with suicidal ideation and the respective preventative programs aimed to combat such risk factors, this would generate more enthusiasm for prevention amongst medical educators. For example, the integration of stress coping strategies into a medical curriculum could be taken on as an attempt to combat school related pressures.

In recent years, integrated medical curricula aimed at improving the well-being of medical students have gained popularity in some countries. These initiatives have focused on students’ mental health, improving antiquated curricular structures, and offering systemic support. One example is the Vanderbilt Medical Student Wellness Program, which had its origins in the Vanderbilt Wellness Program established in 2005. This program has received positive feedback and responses from students.

Such kind research is still progressing, but one direction it seems to be heading is the conflict between the vast amount of research on the topic and the lack of response from medical schools to combat suicidal ideation. One would think that with all of that evidence and all of that suffering, medical schools would be very quick to jump on board to establish new prevention programs. Why haven’t they? Is it because they lack the resources, because they do not believe the literature, because they are engrained in old ways of teaching (some schools have curricula that haven’t changed for decades) or thinking (some doctors feel medical students and residents should go through a period of “suffering” as an initiation to becoming a doctor and also because they had to do it), or some other reason?

Another potential direction to go is the point that students with suicidal tendencies score no different on testing than normal students. Why is this so? Is it only neuropsychiatric testing or is it also medical school examinations? One would intuitively believe that a depressed student might have harder time studying for exams than a normal student and be therefore more likely to fail, but perhaps there are other factors at play. One would also expect that depressed students would score drastically different on neuropsych testing than normal students, but again perhaps there are other factors at play. 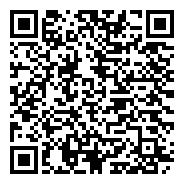