Fibromyalgia (FM) is psychosomatic disorder characterized by central sensitization with increased reactivity of pain-sensitive nerve cells in the spinal cord or brain, which results in hypersensitivity to painful and no painful stimuli in person usually presented anxiety or mood disorders. Chronic pain, sleep disturbances, and depression, which are leading symptoms of FM, have been reported to be associated with an increased possibility of suicidal behaviors. Non-suicidal self-injuries are rather not demonstrated in FM and not described in literature.

We present the case of patient with FM, in which pain typical for this syndrome resulted in harmful behavior as banging and hitting. This is the first case of FM in our knowledge, not described yet in literature, in which strong painful stimuli induced by self - strokes caused in general pain relieve but also destruction of body tissue i.e. bruises typical for hemorrhagic purpura.

A 61-year-old woman presented with 3-month history of non-responsive to analgesic treatment widespread pain of lower limbs and pelvic girdle. Physical examination revealed presence of bruises covering lower limbs and hips suggesting hemorrhagic diathesis (Figure 1). Patient presented depressive mood and anxiety confirmed by the consulting psychiatrist. At the beginning hemorrhagic purpura due to hematologic disorders with or without autoimmune inflammation and osteoarthrosis inducing pain were taken into account. Figure 1: Several bruises due to self-striking by fingers and fists at painful areas of the body.

Autoimmune features were absent (ANA, pANCA, cANCA, anti-TPO). No abnormalities were shown in USG of abdomen, X-ray of chest and pelvic girdle. MRI of lumbar spine revealed slight degenerative changes and bulging disc located in L2/L3, L3/L4 and L4/L5 pressing on dural sac but with negative Lasegue sign in physical examination. Patient met the criteria for fibromyalgia approved by American College of Rheumatology in 2010 (widespread pain index ≥7, symptom severity ≥5, symptoms presented at a similar level for at least three months and no other diagnosable disorder otherwise explains the pain) [1].

Pharmacotherapy prescribed by psychiatrist (diazepam and amitriptyline) was characterized by modest effectiveness. In patient’s opinion only self-strokes brought her appreciable relief. Regardless of this opinion psychological care has been advised for the patient.

FM syndrome includes fatigue, cognitive dysfunction, insomnia, depression and anxiety, stiffness in muscles and joints with persistent pain being the most prominent feature [2]. Diagnosis of these ailments is usually difficult and complex, and its purpose is to exclude solely somatic changes responsible for pain. In the presented case, besides the typical features of FM, also several bruises were observed, which complicated the diagnosis. Finally, thorough clinical observation and laboratory findings allowed excluding inflammatory and structural pain causes as well as vascular and any other hematologic disorders, so FM were diagnosed. The pain has been dominated sign, among the other symptoms of FM occurring in patient and this manifestation extorted harmful behavior of patient, as self-strokes.

The pathophysiology of pain in FM is unclear, but pathologic and functional abnormalities of small nerve fibers and central sensitization of pain-sensitive nerve cells in central nervous system (CNS) is mainly taking into consideration [3]. Intriguing in presenting case is that self-strokes on pain areas of the patient’s body mitigated symptoms. Probably supraliminal iterative stimulus has anesthetic effect on nociceptive receptors, what altered pain transmission pathways and led to fast adaptive changes in CNS [4].

Relationships between pain and behavioral disturbances presented in this case show a new approach for understanding a nature of FM. First of all, pain typical for this syndrome has forced the patient to self-injurious behavior, but more intensive pain, arisen from this behavior caused relief of basal pain of FM (pain by pain effect), which is fascinating scientific problem. Moreover, demonstrated in this case diagnostic difficulties should be useful for many clinicians to solve complex problems of FM in practice. 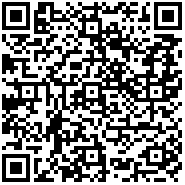