The aim of the study was to collect information on various aspects of the care burden in the group taking care of patients with dementia and those without dementia, to compare the intensity of care burden in both groups.

We interviewed a group of care givers of patients with and without dementia, with the Questionnaire of Sense of Burden. Respondents’ age ranged from 19 to 85 years. The study also analysed: gender, kinship of caregiver and patient, professional activity of caregivers, support from other family members, place of residence caregivers and patients, duration of residence with the patient, the amount of time spent with the patient during the day and the duration of the disease

There are important differences between caregivers who deal with patients with dementia and without dementia in the field of general level of burden of care (p<0.001), personal limitations (p=0.001), material and social limitations (p<0.001).

In the United States of America current statistics estimate that in 2010 the number of people of 65 years and older diagnosed with Alzheimer’s disease was 4.7 million, and in 2050 this number could grow almost threefold. European data show that Alzheimer’s disease and other dementias in Europe affect approximately 7.3 million people, and projections indicate that by 2020 this number is likely to double [4]. These figures illustrate the scale of the problems posed by dementia and its prevalence in the world population and the need to expand activities aimed at holistic care of both patients and those involved in their care.

Quality of life of caregivers of patients with dementia depends on the influence of various factors, among which the leading one is care burden, understood as the dilemmas of psychological, social, material and physical nature, faced by the guardian. The theory of ‘caregiver burden’ was established in the early 80’s of XX century. In the literature two load factors are distinguished: subjective and objective [5]. The first factor is defined as the accumulation of negative emotions leading to acute stress. The etiology of this phenomenon is related to the lack of rest, fatigue, exhaustion, depressed mood, a significant reduction of or breaking contact with family and friends, and inability to maintain and develop one’s own interests. Anger, shame and a sense of loss of control over one’s own time reappear and intensify, and consequently lead to a feeling of guilt and lower self-esteem. In turn, the objective loads appear due to the necessity of changes in the lives of caregivers, including their social relations, health condition and increased financial expenses [1,6].

The perception of the situation of patients with dementia and their caregivers as a general social challenge seems to be a priority in today’s world. Complexity of the problem requires the involvement of not only the Ministry of Health, but also multifaceted help [7,8]. First of all, it is necessary to awaken social awareness of the existence of this phenomenon. It has to be proven that education and holistic support to patients and people caring for them are essential.

The aim of the study was to broaden the knowledge of various aspects of the care burden of caregivers of patients with and without dementia as well as comparison of severity of care burden in the above mentioned groups.

In the study, the questionnaire of Sense of Burden was used, the authors of which are: Ras et al. [1], and Ochudło et al. [8]. The research took place in the multidisciplinary clinic ‘Bartodzieje’ in Bydgoszcz, in the Department of Geriatrics of Nicolaus Copernicus University Collegium Medicum, in the Bydgoszcz Association of Nursing Care of Alzheimer’s dementia, in the ‘Medic’ Clinic in Szubin and in the respondents’ homes. The study was conducted in a group of 141 caregivers, including 67 caregivers of patients without dementia and 74 caregivers of patients with dementia (Tables 1 and 2).

Assessment of the reliability of components of sense of burden included in the questionnaire was made based on an analysis of Cronbach’s alpha coefficient; the values obtained (1 personal limitations – care burden 0.92; 2. material and social limitations 0.82; 3. negative emotions 0.69; 4. lack of energy- loss of control 0.66) confirm the indicators of the reliability of the questionnaire given by the authors [1].

The average value obtained in the surveyed in the overall sense of burden amounted to22.38; in the group of care givers of patients with dementia - 25.46, while among those taking care of patients without dementia – 18.99. Other descriptive statistics are presented in Table 3 and Table 4. Due to the different number of statements in particular scales weighted means for each scale were calculated to enable comparison of the results between these scales.In order to analyse the normal distribution, Kolmogorov-Smirnov Test was performed. Factors 1-4 standardized results (based on weighted means - the sum obtained in the scale divided by the number of statements in this scale) (Table 5). After analyzing skewness and kurtosis, due to slight deviations from the normal distribution, parametric tests were used (Table 6).

Table 3: Descriptive statistics of components of Questionnaire of Sense of Burden without grouping. The lowest care burden appears in ‘negative emotions’, while the highest one applies to ‘lack of energy’.

Table 4: Descriptive statistics of components of the Questionnaire of Sense of Burden with grouping.

Table 5: Normality tests applying to the data included in the Questionnaire of Sense of Burden.

Table 6: The significance of differences between groups in terms of general feeling of care burden and its components.

On average, the overall care burden care in caregivers of patients with dementias was higher than in caregivers of those without dementias. The carried out analysis show that in both groups the highest burden was related to ‘personal limitations’, then ‘material and social limitations’, ‘lack of energy’ and ‘negative emotions’. However, the caregivers of patients with dementia had significantly higher levels of a sense of burden in terms of ‘general level of care burden’, ‘personal limitations’ and ‘social and material limitations’. No statistically significant difference between the compared groups in terms of ‘negative emotions’ and ‘lack of energy’ was noted.

The results confirm multifaceted negative consequences of dementia syndromes for families and caregivers of patients. In our study, the overall care burden in the group of those taking care of patients with dementias was 25.46. Consistent results (25.5) were presented by Szewczyczak et al. [9]. Slightly lower results (18.6) were obtained in the study of Ochudło et al. [8]. Schneider et al. in the study conducted among 280 caregivers from 14 European countries (Austria, Belgium, Denmark, Finland, France, Greece, Spain, the Netherlands, Ireland, Luxembourg, Portugal, Sweden, Great Britain, Italy) demonstrated that the level of burden associated with performed care was similar in particular countries and reached a high value [10]. Other reports from the world literature confirm that in the subjective perception of caregivers of patients with dementia, incurred physical and psychological costs are high [11,12].

Similar problems are faced by caregivers of people suffering from chronic disease other than dementia. The most important stress factors include: economic and time constraints, temporary deterioration of caregivers’ health, reduced professional and social activity [13-15].

International data from the literature show that caregivers of the chronically ill, regardless of the nature of the disease, do not receive sufficient support. Therefore, it is necessary to raise public awareness and create a variety of support systems for families and caregivers of patients [11,12,14].

However, in both groups care of a patient modifies a previous lifestyle of the guardian. 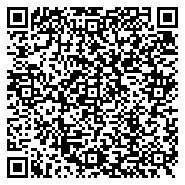