Safety and Efficacy of Electroconvulsive Therapy in Myasthenia Gravis

Myasthenia Gravis is autoimmune disorder of neuromuscular transmission. In some cases, psychiatric complications aggravate its course. Myasthenia gravis (MG) has always been a challenge for anesthesiologists and psychiatrists when the use of electroconvulsive therapy (ECT) is required, especially when succinylcholine is used together with acetylcholinesterase inhibitors. We describe a 76 years old patient with treatment resistant major depressive disorder, without neurological symptoms of MG, under long-term acetylcholinesterase inhibitors treatment. ECT was administered in one successful, uneventful series of 7 treatments within 28 days with bilateral electrode placement. Although highest dosage of succinylcholine-1.5 mg/kg was used, the restart of breathing was without any problems after ECT sedation.

Usually first symptoms of Myasthenia Gravis (MG) are double vision-diplopia and falling of the upper eyelid-ptosis. Then problems with speaking, swallowing, chewing appear and facial weakness with “hanging jaw sign”. Affected patients with painless weakness of some of their muscles can survive till the moment when the assisted ventilation is needed [1].

Myasthenia Gravis is well understood autoimmune disorder of neuromuscular transmission [2] where acetylcholine (ACh) receptors and/or receptor-associated proteins are destroyed in the postsynaptic surface of the neuromuscular junction by complement mediated response in a T-cell-dependent process. In healthy neuromuscular junction the nerve terminal releases enough ACh to create an excitatory end-plate potential, which is greater than the threshold needed to initiate an action potential.

Dramatic improvement in strength following administration of anticholinesterase drug (edrophonium or neostigmine) is one of main diagnostic criteria in MG and antibodies to acetylcholine receptors presence. Also repetitive stimulation at a rate of 2 per second shows characteristic decremental response which is reversed by edrophonium or neostigmine in EMG [3,4].

Patients with MG may have many neurological symptoms, associated with impaired neuromuscular transmission that is evaluated in clinical classification of Osserman and Genkis for MG [5]. It starts from ocular MG and mildly generalized with slow progression and responsive to drugs, through moderately severe generalized myasthenia to acute fulminating myasthenia with rapid progression of severe symptoms, with respiratory crises and poor drug response.

Depressive and anxiety disorders are the most common psychiatric consequences of MG, overlapping neurological symptoms [6] very often. The main risk is aggravation of the underlying neurological disease due to adverse event reactions that may occur during psychiatric treatments.

Depressive disorders are today effectively treated with pharmacotherapy, although in some cases, especially with underlying neurological disease some other treatments are needed to achieve and maintain recovery for patients. A lot of controlled data prove the efficacy and safety of ECT in the treatment of depression. First written sources about seizure therapy to treat psychiatric conditions date from the 16th century, where Swiss physician Paracelsus used camphor by mouth to produce seizures [7]. Immediately prior to ECT treatment, a patient is given a short-acting anesthetic and a muscle relaxant such as succinylcholine, in order to avoid serious adverse events that may appear due to violent muscle contractions. The choice of the right anesthetic excluded volatile anesthetics as they enhance the effects of nondepolarizing agents. Only IV agents appeared to be relatively uneventful. Barbiturates, propofol, etomidate, and ketamine have all been used without event in MG patients [8].

MG has always been a challenge for anesthesiologists because of pharyngeal and laryngeal muscle weakness that can result in increased risk of pulmonary aspiration, together with difficulty of handling secretions and dysphagia or dysarthria. Cardiovascular involvement manifests in atrial fibrillation and arrhythmias. Heart disease is common among patients with MG because the antibodies have a high affinity for β1 and β2 adrenergic receptors [9,10].

Unfortunately pathophysiology of MG, depending on the severity of the disease may require individually titrated dose of succinylcholine to have the effective neuromuscular blockade. As there are fewer acetylcholine receptors in MG then in normal patient, there is succinylcholine resistance and larger doses are needed in order to achieve the muscle depolarization. In acetylcholinesterase inhibitors treated patients, reduced doses of succinylcholine are required [9].

A 76 year old 67kg Caucasian married man, with 7 year history of major depression disorder refractory to treatment was admitted to psychiatry ward for management of depressive episode with psychotic symptoms with ECT. On admission he was diagnosed electrolyte disturbances with hypokalemia and hypernatremia, which was effectively treated before ECT administration. Standard laboratory test revealed also elevated fastening glucose levels. His vital signs and physical exam were normal. The patient`s medical history includes alcohol dependence and cigarette smoking for 40 years in full sustained remission for the last 15 years and benign prostatic hypertrophy, right leg varicose veins, chronic cystitis and pyelonephritis. MG was diagnosed 15 years ago. He has been treated successfully with oral reversible acetylcholinesterase inhibitor pyridostigmine and at the moment of ECT administration active neurological symptoms were absent. His medications were: pyridostigmine 300mg daily given in divided doses, doxazosine 4mg once daily and antidepressants: trazodone 25mg once daily, venlafaxine 112,5mg daily in divided doses. Head tomography showed only enlarged grooves in cerebellum and periventricular leukoaraiosis

ECT was administered in one successful series of 7 treatments within 28 days with bilateral electrode placement using Spectrum unit under the guidance of an anesthesiologist. The stimulus intensity in all treatments was the same of 288 mC. Only in the first treatment anesthesia was induced with 150 mg of propofol (2.0 mg/kg), all the others were with etomidate (0.2 mg/kg). In order to decrease saliva production atropine was administered in two treatments in the doses of 0.5mg and 1mg IV. To assure effective muscle relaxation succinylcholine of 100mg (1.5 mg/kg) was successfully reduced in two last treatments to 80 mg (1.0 mg/kg) in order to get earlier spontaneous diaphragm movements and faster resumption of respirations. 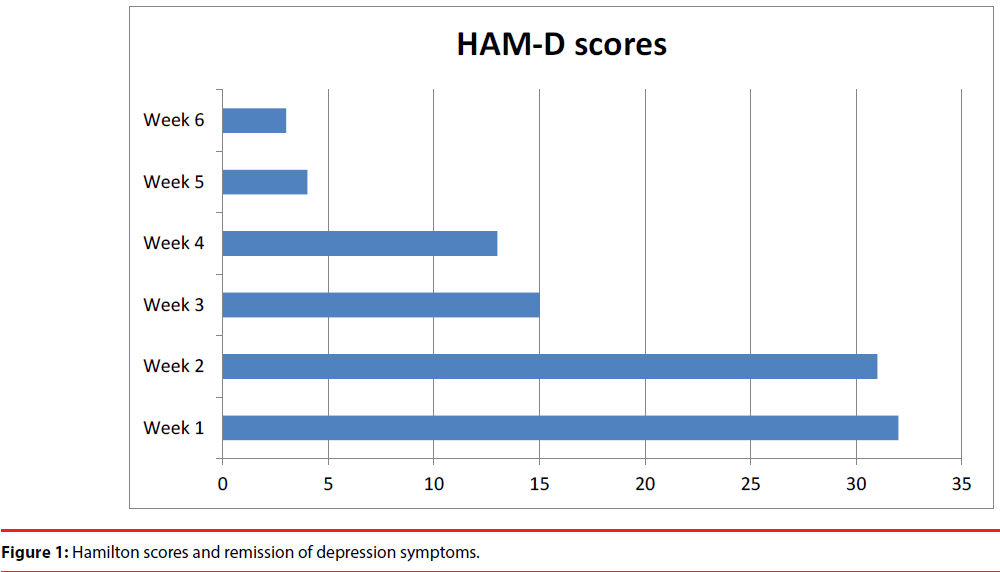 All the ECT treatments were uneventful and the patient with the remission of his depressive symptoms was discharged to home.

There are not many published cases of MG patients treated with ECT, although this treatment has been safely and effectively administered to this specific group of patients [12-15].

Main concern regarding safety of ECT in MG is recovery of diaphragm movements after succinylcholine administration that could result in delayed patient`s respiration. As succinylcholine is metabolized by plasma cholinesterase’s, their inhibition results in its prolonged action that can even lead to succinylcholine apnea, not only among patients with inherited low levels of plasma cholinesterase [16,17]. That explains why in 1971 Martin and Flegenheimer suggested not to use succinylcholine in MG patients. But in 2015 Bryson and Manning published a case of successful ECT in a patient with MG with reduced dosage of succinylcholine to 0.5mg/ kg. In our case, although the patient was under acetylcholinesterase inhibitor treatment (pyridostygmine), as there weren`t present any neurological symptoms of MG, we decided to use maximal dose in IV. use of 1.5 mg/kg. Finally at the end of the series of ECT treatments we successfully reduced its dose to 1.0 mg/kg. There were not present any adverse events related to this dose of succinylcholine.

During atropine use and acetylcholinesterase treatment-(pyridostygmine e.g.) caution is advised not only because anticholinergic agents may mask the signs of a cholinergic overdose, but also because increasing muscle weakness associated with disease aggravation may be difficult to distinguish from that due to cholinergic crisis. Atropine has been used only twice during this series of ECT. There are no other interactions reported in the literature between pyridostygmine and venlafaxine, doxazosine or trazodone.

ECT is safe and effective in treatment refractory depression episodes for patients suffering from MG. Although some caution is required in succinylcholine use together with acetylcholinesterase inhibitors-pyridostygmine eg, even highest dosage of succinylcholine- 1.5mg/kg was uneventful and it enabled spontaneous restart of breathing to the patient after ECT sedation. 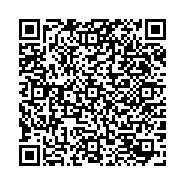