When vertebral artery dissection aneurysms occur the recurrent ischemic symptoms, progressive enlargement, mass effect, or subarachnoid
hemorrhage (SAH), the following treatments, such as surgery or endovascular treatment, may be considered.

When vertebral artery dissection aneurysms occur the recurrent ischemic symptoms, progressive enlargement, mass effect, or subarachnoid hemorrhage (SAH), the following treatments, such as surgery or endovascular treatment, may be considered. Because surgery involves high risks for treatment-related morbidity and mortality [1], deconstructive [2-5] (proximal occlusion or internal trapping) and reconstructive techniques [4-6] are increasingly emerging as an alternative to surgery to treat these lesions in deep locations. For deconstructive techniques with a higher rate of perioperative morbidity [7], stent-related reconstructive treatment is increasingly focused for the maintaining integrity of the posterior inferior cerebellar artery (PICA) and parent artery. Moreover, the recurrence, retreatment, and rebleeding rates did not differ between reconstructive and deconstructive treatments [7]. However, re-bleeding and post-treatment angiographic recurrence secondary to coil compaction and growth of the aneurysm sac remain a major shortcoming of reconstructive treatment. Hence, it is crucial to timely distinguish patients who require further treatment.

It is uncontroversial that stent-assisted coiling in contrast with coiling for intracranial aneurysms may decrease the post-treatment recurrence, and an important role is that stent-associated flow remodeling can cause further occlusion of incompletely coiled aneurysms [8]. However, patients with partial obliteration following singlestent- assisted coiling for sis-VADA have high risk of recurrence and re-bleeding [9], indicating that single-stent-assisted coiling for sis-VADA may be not adequate. The possible reasons include the different etiology and more complicated anatomic configurations [10], such as intramural hematomas, pearl-and-string configurations, intimal flap configurations, PICA-involving, and so on. In contrast, multiple-stent-assisted coiling for sis-VADA is increasingly focused and achieves the encouraging results [5,6]. The overlapping multiple stents are better than single stent in decreasing intra-aneurismal wall shear stresses [11-13], which prevent coil compaction, aneurismal rupture and growth. Moreover, multiple stents contribute to a lower rate of immediate partial obliteration [6]. Hence, provided that further coiling for sis-VADA involving PICA is limited, the increasing quantity of stents can achieve the better immediate obliteration degree, decreasing re-bleeding and post-treatment angiographic recurrence, which has been well documented [6].

The involvement of PICA increases the risk of recurrence after endovascular treatment [14]. Given the disastrous outcome of re-bleeding, deconstructive treatment, including PICA occlusion, should be planed, especially in the ruptured PICA-involving VADAs [14]. Generally, PICA occlusion may be more tolerable than expected [15]. If the absence of contralateral PICA, the ipsilateral anterior inferior cerebellar artery, and hypoplastic contralateral vertebral artery are occasionally encountered, the occlusion of the affected PICA may result in a large cerebellar infarction, which requires posterior craniectomy for decompression. Hence, an occipital artery–PICA bypass surgery may be firstly considered. If the stent(s)-related reconstructive technique is employed for these ruptured lesions, the occlusion of ruptured point and the patency of PICA need be comprehensively weighed. Undoubtedly, the single-stage occlusive ruptured point is the least goal, and then the increasing obliteration degree with the patency of PICA is performed. During further coiling, coil migration may result in the occlusion of PICA. The increasing quantity of stents, so-called multiple-stent reconstructive technique, may be a good alternative to further coiling for the favorable immediate obliteration. The stent(s) implantation can improve the post-treatment immediate occlusion degree [6,9], promote further occlusion of incompletely coiled aneurysms [8], and provide favorable hemodynamic modifications, which is helpful to prevent coil compaction, aneurysmal rupture and growth [13]. Moreover, stent-related favorable hemodynamic changes are in proportion to the number of overlapping stents [11,12]. The Lowprofile Visualized Intraluminal Support (LVIS) device [16] and flow-diverter devices, such as the pipeline [17] device, may be a better alternative to the routine multiple stents, such as enterprise, solitaire, and so on.

Although the overlapping multiple-stentrelated coiling is increasingly preferred to treat PICA-involving sis-VADA, it is still necessary to identify unstable aneurysm residuals from non-progressing remnants for a timely further treatment, particularly in patients with PICAinvolving lesions. After post-treatment, the existence of continuous antegrade or retrograde blood flow through the remnant dissecting aneurysm sac to the PICA increases the recurrence and re-bleeding risks. The saccular aneurysm-related predictors of recurrence, including aneurysm size [18-20], width of the neck [20,21], treatment during the acute phrase after aneurysm rupture [19-21], initially suboptimal angiographic aneurysm occlusion [19-21], and length of follow up [20,21] cannot accurately predict the recurrence of sis-VADAs for different etiology, anatomic configurations, and treatment methods.

Although multiple-stent-assisted coiling is an efficient and safe reconstructive technique for sis-VADA, it remains challenging for some large VADAs. In future, flow-diverter devices, such as the pipeline [17] and silk [22] devices may be a promising choice for preventing recurrence. Pipeline has approximately 30-35% area coverage, and the dynamic push-pull technique may increase metal coverage of over the aneurysm and reduce metal coverage of perforators, decreasing recurrence and protecting perforators. Moreover, coils in conjunction with flow-diverter device for treatment of intracranial aneurysms have better favorable results. Several possible reasons involve coils immediate protection for a ruptured aneurysm dome, device-related scaffold for coiling, reconstruction for parent artery, and flow-remodeling [23-26].

Together, multiple stents technique have the clear preponderance over single stent in preventing recurrence of sis-VADA after endovascular treatment, and flow-diverter devices may be a better choice for preventing recurrence. Further study is required to verify these findings. 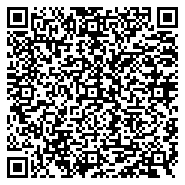