The first case of SIADH was reported in lung cancer patients by Schwartz [1] in 1957, so it is also known as Schwartz-Bartter syndrome. During the latter half of the 20th century, these unusual impairments in water excretion and intake were recognized as common causes of morbidity and a frequent cause of death in schizophrenic patients .More recent studies suggested that these patients could be easily distinguished from patients whose hyponatremia is attributable to recognized causes [2] such as tumor, inflammation, trauma, and so on.

Here we report a case of psychosis followed by lung cancer with syndrome of inappropriate secretion of antidiuretic hormone.

“Mr. X,” a 51-year-old worker, married, was admitted to hospital with cough, chest distress, and insomnia for more than two months. He was worried about lung cancer. Half a month ago, he suddenly felt unsafe. He believed that people around him wanted to hurt and kill him. He also heard that someone ordered him to kill others, for which reason he behaved impulsively. Past medical history had not shown any mental illness. Physical examination didn’t find obvious abnormalities. Laboratory examinations were as follows: liver and kidney functions were normal. Plasma sodium was 113.7 mmol/L (135-145 mmol/L), plasma chloride was 81.7 mmol/L (100-110 mmol/L), plasma osmolality was 266 mOsm/ kg H2O (<280 mOsm/kg H2O) (1 mOsm/kg H2O=2.265 kPa); urine of 24 hours: K33.14 mmol(40-80 mmol/24h), sodium 207.40 mmol (130-261 mmol/24h), chloride216.90 mmol (140-250 mmol/24h). Spiral computer tomography (CT) showed central type of lung cancer with lymph node enlargement in the left hilum and mediastinum and obstructive pneumonia of the basal segment in the lower lobe of left lung.

Brain MRI showed scattered patchies of shadows beneath bilateral frontal and parietal cotex in long T2 and T1 signals. The same area showed high signal in FLAIR. And there was no evidence for space-occupying lesions. The MRI suggested multiple lacunar infarction or small ischemic foci. FLAIR is commonly used in brain and spinal cord MRI. FLAIR can inhibit the high signal of cerebrospinal fluid in T2WI, so that the lesions with high signal (long T2) which was adjacent to cerebrospinal fluid can be displayed clearly. FLAIR can improve the detection time of cerebral ischemic lesions, and show a higher sensitivity of the cerebral infarction lesions. Fiberoptic bronchoscopy detected a friable and easily bleeding mass with ulcerated surface obstructing the opening of the left lower lobe; Pathological examination showed heterotypic cell clusters, suspicious for small cell carcinoma. Treatment with water restriction and supplement of sodium was ineffective. Olanzapine (15 mg/d) was used to control psychotic symptoms. The patient was then referred to oncology department with the diagnosis of SIADH and small cell carcinoma of the lung. Biopsy results: (opening of left upper lobe) small-cell malignancies; Immunohistochemical staining of tumor cells showed: CD56 (+), PCK few spots (+), Ki-67 about 50% to 60% (+) (+Expressed positive immunohistochemistry). Diagnosis: small cell carcinoma. Mr. X was started on treatment with chemotherapy, water restriction and supplement of sodium. Blood sodium concentration fluctuated between 116 -122 mmol/L, which was still lower than normal.

Psychosis is thought to be able to reduce the osmotic set point for AVP secretion, which may be due to a stress diathesis associated with the underlying psychiatric illness. Acute psychosis is associated with impairments in water and electrolyte balance. This was termed the syndrome of psychosis, intermittent hyponatremia, and polydipsia in patients with schizophrenia [3].

Nicotine will impair water balance. This is apt to contribute to hyponatremia because so many schizophrenic patients smoke heavily.

In this case the symptoms of the patient with psychiatric symptoms as the first manifestation, the examination showed hyponatremia, and then it was diagnosed as SIADH, finally diagnosis for lung cancer. Either antipsychotic medication or acute psychosis will both cause SIADH, a variety of reasons leading to the mechanism of SIADH need to be further clarified.

The authors report no conflicts of interest in this work.

We thank physicians, patients, and families for providing information; Tao Li for critical review of the manuscript. 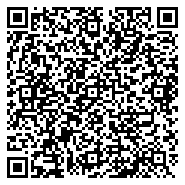