Physical exercise and activity may prevent cognitive decline and neurodegenerative diseases, and promise mastery experience, self-persuasion, and diminution in negative sentimental states in elderly people. This study was to examine the validity of the indicators of professional competence for exercise instructors of the elderly (IPCEIE). We have reported to use the Delphi technique and the analytic hierarchy process (AHP) to develop the IPCEIE with 72- item (IPCEIE-72) (three second-orders: knowledge, skill, and attitude).

Physical health has an important effect on both objective and subjective quality in late life [1]. Previous studies and current evidence show, physical health in terms of chronic illnesses, functioning, disability, sensory impairment, alcohol abuse, frailty, and falls are absent from elderly people who may experience a better quality of life. In contrast, elderly people with worse physical health may have a poor quality of life or live short [2]. Therefore, improving and maintaining physical health, may play a major role in maintaining quality of life in old age. Exercise is one of methods to keep and maintain physical health for elderly people. For example, physical exercise and activity may elevate peripheral brain-derived neurotrophic factor (BDNF) in healthy humans by acute and chronic aerobic exercise [3] and prevent cognitive decline and neurodegenerative diseases in elderly people through nonpharmaceutical intervention [4]. Coelho and colleagues (2014) used a controlled design to explore the effects on BDNF levels of elderly people with Alzheimer’s disease by acute aerobic and they found that aerobic exercise increases BDNF plasma levels for Alzheimer’s and healthy elderly people. They suggested BDNF levels had association with level of physical activity [5]. Burzynska and colleagues (2014) explored the relationship between physical activity, cardiorespiratory fitness and neural correlates in later life and they found that health elderly people participate in physical activity are important in maintaining white matter [6]. On the other hand, physical exercise and activity promise mastery experience, self-persuasion, and diminution in negative sentimental states [7]. However, some barriers limit to engage in exercise for elderly people, for example, they do not have friends, place, poor athletic skills, lack of motivation [8], lack of information and understanding, lack of guidance and communication, general misunderstanding related to exercise, even do not know proper physical fitness etc [9,10]. All of these factors may result in being decreasingly interest to participate in exercise, disengage in sociology, and lead to lonely life [11,12].

Furthermore, the IPCEIE was produced 83- item (first-order), 11-factor (second-order), and 3-factor (third-order) as Table 1. Later than using the Delphi technique and the analytic hierarchy process (AHP) [15], researchers identified 3 third-order factors (professional knowledge, professional skills, and professional attitude), 10 second-order factors (teaching attitude, exercise knowledge, professional growth, exercise safety, personal characteristics, exercise instructor, gerontology knowledge, communicative competence, curriculum design, and motor skill), and 72 first-order items. However, to our knowledge, no researches have yet examined the factor dimensions (i.e., first-, second-, third-order models) of both the IPCEIE-83 and the IPCEIE-72. Therefore, the aim of this research was to assess the construct validity of the IPCEIE-83 and the IPCEIE-7.

*Professional experts suggested deleted items from the IPCEIE-83, and then became the IPCEIE-72.

Table 1: The items and dimensions of the IPCEIE-83 and the IPCEIE-72.

The IPCEIE was developed using qualitative methods, however, no studies have evaluated the construct validity using CFA. Therefore, this research used a convenience sampling strategy to recruit participants in northern Taiwan from September 2014 to May 2015. We visited various northern Taiwan urban districts that had established elderly exercise classes (Health Village, the Tai Chi Chuan Association, and the Elder Academy) and collected data from eligible exercise instructors via the self-administered questionnaire. Eligible participants needed to meet the following criteria by (1) being an exercise instructor of elderly people with more than 2-years’ experience, (2) having at least an elementary level of education, and (3) being of an age of at least 25 but no more than 70 years. The total of 204 participants met the inclusion criterion and agreed to complete the questionnaire. Upon reviewing the participants’ answers, we found that we could only accept 145 (71%) as the remainder had not been filled out completely.

This research was approved by the Research Ethics Committee of National Taiwan University (NTU-REC No.: 201407ES013). Participants obtained informed consent and the participants’ records/information were anonymized and de-identified prior to analysis in this research. In keeping with the Personal Information Protection Act of Taiwan, the personal data collected will continue be kept confidential and secure until its destruction upon the publication of this research.

The IPCEIE was created in accordance with the previous literature, the Grounded Theory and the Delphi technique [14,15]. The original IPCEIE included 83 items (11-factor), followed by the professional group’s opinions changed to 72 items (10-factor). We examined validity of the IPCEIE-83 and the IPCEIE-72 with a five-point Likert-type scale (1=Strongly Disagree, 2=Disagree, 3=Uncertain, 4=Agree, 5=Strongly Agree). First, we examined the first-order factor dimensions (i.e., 11-factor model) of the IPCEIE. After that the 3 second-factor models were assessed if the 11 second-factor was supported. Following the 3 second-factor models resulted in acceptable; the third-order model was examined.

Data were recorded on SPSS for Windows version 18.0 to do descriptive analyses [16] and internal consistency (Cronbach’s alpha) [17]. The LISREL 8.8 software [18] was used to examine confirmatory factor analysis (CFA) with goodness-of-fit indices for validating the one dimensional construct of items. This research used criterion that included the relative chi-square criterion (χ2/df≦5.0) [19,20], comparative fit index (CFI≧0.9) [21,22], non-normed fit index (NNFI≧0.9) [19], and the root mean square error of approximation (RMSEA≦0.05) [23]. RMSEA≦0.05 with an upper limit of the 90 percentage confidence interval between 0.100 and 0.15 was reflected on an acceptable model fit [24].

Table 2: Characteristics of the participants (N=145).

Table 4: Results of fit indices for the first-, second-, and third-order models.

We then examined the three second-order subscales of the IPCEIE-72 and found that they did not converge. In our previous paper, a group of 11professional exercise experts suggested the deletion of items such as ‘Elderly sociology’, ‘Benefit policy in aging’, ‘Exercise management’, ‘Design teaching media’, ‘Having recruiting members ability’, ‘Maintaining sport equipment function’, ‘Having marketing ability’, ‘Having planning activity ability’, ‘Having leadership ability’, ‘Having financial management ability’, and ‘Having computer skills’. After 11items were deleted, the IPCEIE-83 became IPCEIE-72. However, we considered that these items regarding management skill in organizing elderly people for exercise physical and leisure activities to be important. Finally, the results confirmed our thinking and most exercise instructors agreed that these items were very important in their work. Alternatively, three second-order subscales of the IPCEIE-83 had very good support in these models. These results suggested that the 11items should not be deleted, especially the ‘elderly sociology’ item. These findings confirmed our view that exercise benefits not only physical health but it also promotes social relationships and mood improvement for elderly people [12].

Third-order models of both the IPCEIE-72 and the IPCEIE-83 then were shown to have a good model-fit. The IPCEIE-83 model was better than the IPCEIE-72 model because the IPCEIE-72 lacked one second-order factor (Management skill). This result showed that most exercise instructors supported the management skill factor in this scale. This also supported our assumption that elderly people need to be guided, lead, and managed in group exercise to prevent physical performance loss, and social isolation [9].

One limitation of this research is that maximum likelihood (ML) failed to converge to second-order models in the IPCEIE-72 because of the small sample size. The ML might have difficulty converging under some of the sample conditions selected because the lower rates of non-convergence for this method resulted in a smaller sample size. The ratio of sample size is 5 to 1 for free parameters [25]. Although this research did not meet this goal, lower sample sizes can be used in the following 3 conditions: (1) models with no latent variables, (2) all loadings are fixed (usually to one), and (3) with simpler models [25]. A second limitation of this research is the homogeneity of the population in exercise instructors. Further researchers might find different results if they use a heterogeneous population for example: fitness trainers, developers with community-based elderly groups, etc.

In summary, both the IPCEIE-72 and IPCEIE-83 had satisfactory construct validity in the one third-order model, but they did not converge in 3-dimentional second-order models of the IPCEIE-72. Therefore, we suggest that further users (i.e. exercise instructors, fitness trainers, and program developers in communities or senior centers, case managers, social workers in long-term care facilities) use the IPCEIE-83 to capture the multiple dimensions of IPCEIE with management skill items although we acknowledge that a few of the exercise experts did not agree they were needed.

The authors declare that there is no conflict of interest regarding the publication of this paper. 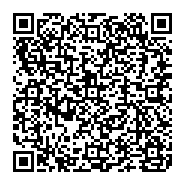