Progressive Brain Changes in the Early Stage of Schizophrenia: A Combined Structural MRI and DTI Study

Purpose: The developmental trajectory of brain structure in the early stage of schizophrenia has not been well defined. In this study, structural MRI and diffusion tensor imaging (DTI) were used to explore the brain gray matter (GM) and white matter (WM) changes in patients with schizophreniform disorder or early schizophrenia.

Conclusion: Our study suggests that brain GM and WM abnormalities occur in early stage schizophrenia, with the occurrence of GM changes, particularly those in the right hippocampus, likely preceding changes in WM.

Schizophrenia is a chronic and disabling disorder characterized by extensive functional impairment [1]. However, the etiology and pathophysiology of schizophrenia remain elusive.

Although previous studies have shed substantial light on the pathophysiological features of the brain associated with schizophrenia, the extent to which factors such as duration of illness, clinical symptom severity, and exposure to antipsychotic treatment have influenced their findings is currently unknown. Importantly, recent studies have indicated that treatment with antipsychotics might give rise to some of the neuroanatomical changes that are commonly attributed to the illness process [9,10].

The majority of studies detailed above have focused on macrostructural indices of volume changes in GM and WM. [9-11]. However, diffusion tensor imaging (DTI) provides a useful method to assess WM integrity and connectivity in vivo [12]. Fractional anisotropy (FA), a DTI index, is thought to be a marker of the structural integrity of fibers, the degree of myelination, coherence of fiber tracts, and fiber diameter and packing density [13-15]; changes in FA may indicate changes in any of these characteristics of the WM microstructure or a combination of them. Meta-analyses have reported significant differences in DTI measures in the brains of chronic schizophrenia patients in the fornix, corpus callosum, cingulum bundle, internal capsule, external capsule, superior and inferior occipito-frontal fasciculus, arcuate fasciculus, and uncinate fasciculus [16]. Combined volumetric MRI and DTI analyses suggest that FA abnormalities precede WM volume loss in schizophrenia [17].

Twenty-five healthy controls (HC) were recruited from the local community through advertising. All of them completed a structured clinical interview conducted by a research psychiatrist using MINI plus v 5.0 [18]. Those with any psychiatric disease, neurological disease, or a positive family history of psychiatric disease were excluded.

Written informed consent was obtained from each participant. The study protocol was approved by the SMHC Ethics Committee in compliance with the Helsinki Declaration. Clinical symptoms were assessed using the Scale for Assessment of Negative Syndrome (SANS) [19] and Scale for Assessment of Positive Syndrome (SAPS) [19]. The severity of illness was also assessed by the Clinical Global Impressions-severity scale (CGI) [20].

The scanner was calibrated fortnightly using the same proprietary phantom to ensure stability and accuracy of measurements. A subject code was used to ensure patient confidentiality and blindness of data. A neuroradiologist reviewed all MRI scans.

We quantitatively characterized GM changes using VBM. All anatomical images were processed in SPM8 and VBM8 toolboxes (http://dbm.neuro.uni-jena.de/vbm/) with default parameters under MATLAB 7.0. VBM is a whole-brain, unbiased, semi-automated technique for characterizing regional cerebral differences in structural magnetic resonance images. First, structural images were segmented to extract GM and then normalized to an asymmetric T1-weighted template in Montreal Neurological Institute (MNI) stereotactic space, in a recursive fashion. Image segmentation incorporated an intensity nonuniformity correction to account for smooth intensity variations caused by gradient distortions and different positions of cranial structures within the MRI coil. The resultant GM images were smoothed with a FWHM kernel of 6 mm in SPM8 (http://www.fil.ion.ucl.ac.uk/spm). Smoothing is required to compensate for the inexact nature of spatial normalization and to maximize the chance that regional effects are expressed at a spatial scale where homologies in structural anatomy exist over subjects. After smoothing, each voxel represents the local average amount of GM in the region, the size of which is defined by the smoothing kernel.

The diffusion-tensor images were first corrected for eddy current distortion using a mutual information based registration scheme, and then masked using locally written software plus the Brain Extraction Tool (BET) in the Functional Software Library package (http://www.fmrib. ox.ac.uk/fsl). Fractional anisotropy (an index of WM microstructural organisation) was calculated at each voxel to produce a multislice fractional anisotropy image in FLRIT. We thus generated a transformation matrix by normalizing each FA image to the Montreal Neurological Institute (MNI)-152 FA brain template [21,22].

Table 1: Demographic characteristics and clinical variables of the study groups. Both GM and WM abnormalities were found in patients with schizophrenia compared to HCs. The results are shown in Table 2.

Further comparisons were performed between the two patient groups, and the results are displayed in Table 3. Compared to schizophreniform patients, those with schizophrenia showed decreased GM volume of the bilateral middle temporal gyri, right precuneus, left cingulate gyrus and precentral gyrus, and increased GM volume of the posterior cerebellum; FA values of the right superior thalamic radiation were decreased, and those of the bilateral fusiform and left posterior cerebellum were increased (Table 3).

To our knowledge, this is the first study to investigate differences in brain structure among individuals diagnosed with schizophrenia, those with schizophreniform disorder, and healthy controls. Our main findings show that GM and WM abnormalities in schizophrenia appear to advance as the stage of illness progresses. The right hippocampus was the only structure showing volume reduction in schizophreniform patients, indicating the potential utility of this finding as a biomarker for the early identification of schizophrenia. As the disease progresses, changes in terms of volume reduction of the bilateral parahippocampus, right middle temporal gyrus and precuneus may gradually emerge. In addition, schizophreniform patients showed no significant abnormalities in WM microstructure. However, our results indicate that FA values of some brain regions decrease, while those of other brain regions increase at later stages of the disease. All of the above findings are consistent with the notion that GM abnormalities precede WM changes in schizophrenia.

Past studies have found reductions in hippocampal volume in first episode patients with schizophrenia [27,28]. This indicates with relative certainty that a loss of tissue in the hippocampus occurs in the period near disease onset. In addition, studies in high risk individuals who later developed schizophrenia found decreased hippocampal volume compared with healthy controls [27,29].The first VBM study to examine GM volumes in high-risk individuals found reductions in right hippocampal and parahippocampal areas. Our finding of GM volume reductions of right hippocampus in schizophreniform patients is in line with these past findings.

Temporolimbic structures including the hippocampus, parahippocampus and amygdala, are part of a network that integrates external and internal information [30]. Volume reduction in these brain regions has been reported in previous VBM investigations of schizophrenia [26,31,32]. Here, we did not find abnormalities of the amygdala. This discrepancy might be due to different imaging methods used here and in other studies [28]. Moreover, it could be related to different spatial normalization and image processing procedures [33,34]. Furthermore, previous studies either did not consider sex differences, or included a preponderance of patients. This is particularly relevant since divergent abnormalities of the amygdala have been shown in men and women with schizophrenia. Specifically, men show decreased volume while women show increased volume [35]. Investigations in patients with treatmentnaïve, first-episode schizophrenia have revealed significant GM volume abnormalities in bilateral hippocampal gyri, right middle temporal gyrus, left fusiform gyrus and left orbital inferior frontal gyrus, shown to be related to cognitive deficits [36]. In cortical regions, the superior temporal gyrus (STG) of schizophrenia patients is often reported to be smaller than that of HCs [37,38]. The superior temporal gyrus is involved in auditory processing as well as language functions and auditory memory; GM abnormalities of the superior temporal gyrus in patients with schizophrenia may be related to auditory and higher cognitive functioning deficits that often manifest in this disorder. However, we did not find a generalized reduction in STG volume, possibly because most schizophreniform patients included here were experiencing auditory hallucinations at illness onset. STG volume may have increased as an early compensatory effect.

The present study shows that GM abnormalities, including those in the middle temporal gyrus, parahippocampal gyrus, hippocampus, and precuneus, are more extensive in early schizophrenia. Activity in the middle temporal gyrus is related to semantic memory processing and language processes, which suggest that structural abnormalities in this region may play a role in the cognitive deficits in semantic function that have been found among Han Chinese family members with schizophrenia. And the above results consistent with a systematic meta-review reported that the GM reductions of temporal lobe and hippocampus were magnified over time in psychotic phases.

The precuneus is a brain area that occupies the posterior region of the medial parietal cortex, and is involved in numerous complex functions, including recollection and memory, integration of information relating to perception of the environment, cue reactivity, mental imagery strategies, episodic memory retrieval, and affective responses to pain [39]. Schizophrenia patients typically display cognitive deficits, which may be related to GM reduction in the precuneus. Our finding of extensive GM abnormalities in early schizophrenia patients is consistent with the results of previous studies comparing groups of first-episode and chronic schizophrenia patients [11,26,31,32,]. Our findings are also in agreement with a metaanalysis that found extensive GM deficits involving the frontal cortices, cingulated cortex, temporolimbic region and temporal gyrus in schizophrenia [32].

WM is usually assessed using the FA index of water diffusion, which is calculated from diffusion tensor imaging data [40]. Schizophrenia was one of the first psychiatric disorders in which FA methods were applied. Reduced FA at the onset and chronic states of schizophrenia has been reported in a number of studies [3,16,41]. However, the regions in which abnormalities have been detected are not consistent between them. Commonly reported regions of significant FA reduction in schizophrenia are the frontal and temporal WM tracks, including the uncinate fasciculus, cingulum bundle, arcuate fasciculus, corpus callosum that connect the bilateral frontal lobes. Our results showed no differences between schizophreniform patients and HCs. In patients with early schizophrenia, reduced FA was found in the cingulate gyrus, WM regions in occipital lobe, precuneus, WM regions in insula, and WM regions in the superior frontal gyrus, compared to HCs. Higher FA values were also found in a number of regions. The fusiform area, known as the (discontinuous) occipitotemporal gyrus, is part of the temporal lobe and occipital lobe in Brodmann area 37. [42]. Anatomically, the fusiform gyrus is the largest macro-anatomical structure within the ventral temporal cortex, and mainly includes structures involved in high-level vision [42,43]. Though the functionality of the fusiform gyrus is not fully understood, it has been linked with various neural pathways related to recognition, such as face hallucinations, dyslexia, and synaesthesia [44]. We found that FA values in WM regions of the fusiform are increased in schizophrenia compared to HCs, which may be related to the regularly experienced hallucinations of most patients in this study. We think that is because the compensatory increase in these regions in schizophrenia patients.

Several limitations of the present study should be taken into account. First, the patient sample size is relatively small. Second, groups were not matched for education level, and education level was therefore controlled for in the following analyses. Third, the data here is cross-sectional rather than longitudinal, and longitudinal researches are needed to further corroborate the present findings. Last, since many studies had mentioned that antipsychotics had an effect on the brain volumes, and the drugs ever taken by schizophrenia patients in the present study might be a potential confounding factor. 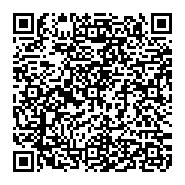