Posttraumatic stress disorder (PTSD) is a comorbidity often ignored and unexplored in patients with schizophrenia, despite a possible impact on its symptomology. Links and interactions between these disorders are still unknown. This article proposes a systematic review of the prevalence of PTSD in schizophrenia spectrum disorders (SSD).

Our review suggests a high rate of prevalence of PTSD in schizophrenia, which may be underestimated due to symptoms overlap. Moreover, the absence of difference in trauma exposure between SSD and the general population evokes an increased liability to trauma in patients with SSD.

Schizophrenia is a severe mental illness which has a considerable impact on quality of life. Its worldwide prevalence is estimated between 0,3 % and 0,7% [1]. The physio-pathology of schizophrenia is still unexplained. The first hypothesis was the dopaminergic hypothesis [2,3]. It suggests that there is a hyperactive dopamine transmission in the mesolimbic areas, responsible for positive symptoms in the disorder and a prefrontal dopaminergic hypoactive dopamine transmission in the prefrontal cortex responsible for negative symptoms and cognitive alterations. But this hypothesis could not explain all by itself the emergence of schizophrenia in patients and other neurotransmitters are suspected to be involved such serotonin and glutamate [4]. The now most prevalent hypothesis is the stress-vulnerability model [5]. Schizophrenia would be the results of associations between genetic factor [6,7] and environmental risks such as stress, in particular childhood trauma [8]. It was shown that a history of childhood trauma in patients with schizophrenia is associated with increased stress reactivity later in life, with more severe symptoms as well as lower quality of life [9-11]. Nevertheless, the role of adulthood trauma in schizophrenia is not well known. Over the last 20 years, there has been a growing literature on the subject, especially on posttraumatic stress disorder (PTSD) and schizophrenia. PTSD is defined by experiencing a traumatic event and characterized by a group of 3 main symptoms: flashbacks, withdrawal and hyper vigilance [12]. People with PTSD can also experience hallucinations, social isolation and dissociative symptoms [13] which can overlap with schizophrenia symptoms. PTSD is often underdiagnosed in general population [14,15] and largely underdiagnosed in people with schizophrenia [16], even if anxiety disorders are among the most frequent comorbidities of this disorder [17]. A meta-analysis recensing this comorbidity [18] found that 38,3% of patients with schizophrenia had an anxiety disorder with 12,4% had a comorbid PTSD. However, this meta-analysis does not specifically address the comorbidity between schizophrenia and PTSD. Moreover, several studies since this work have questioned the links between these two disorders.

Our objective was to conduct a systematic review of studies having assessed the prevalence of PTSD in schizophrenia spectrum disorders (SSD), including studies published before and after Achim et al. metaaalysis.

A literature review was performed on MEDLINE. We included articles until 30 June 2017. Keywords were: PTSD or posttraumatic stress disorder and schizophrenia.

The selection of articles is detailed in Figure 1. We obtained 710 hits in PubMed, seven studies were found through reference lists of the articles we included. On 717 articles, 621 were excluded from title or abstract because they did not mention schizophrenia spectrum disorder and/ or trauma or PTSD or the population age was under 18 years old. From the 96 studies left for full text reading, 58 were excluded (38 did not mention a prevalence of PTSD, 16 were reviews and four used the same sample of patients as others included studies). 38 studies are included. 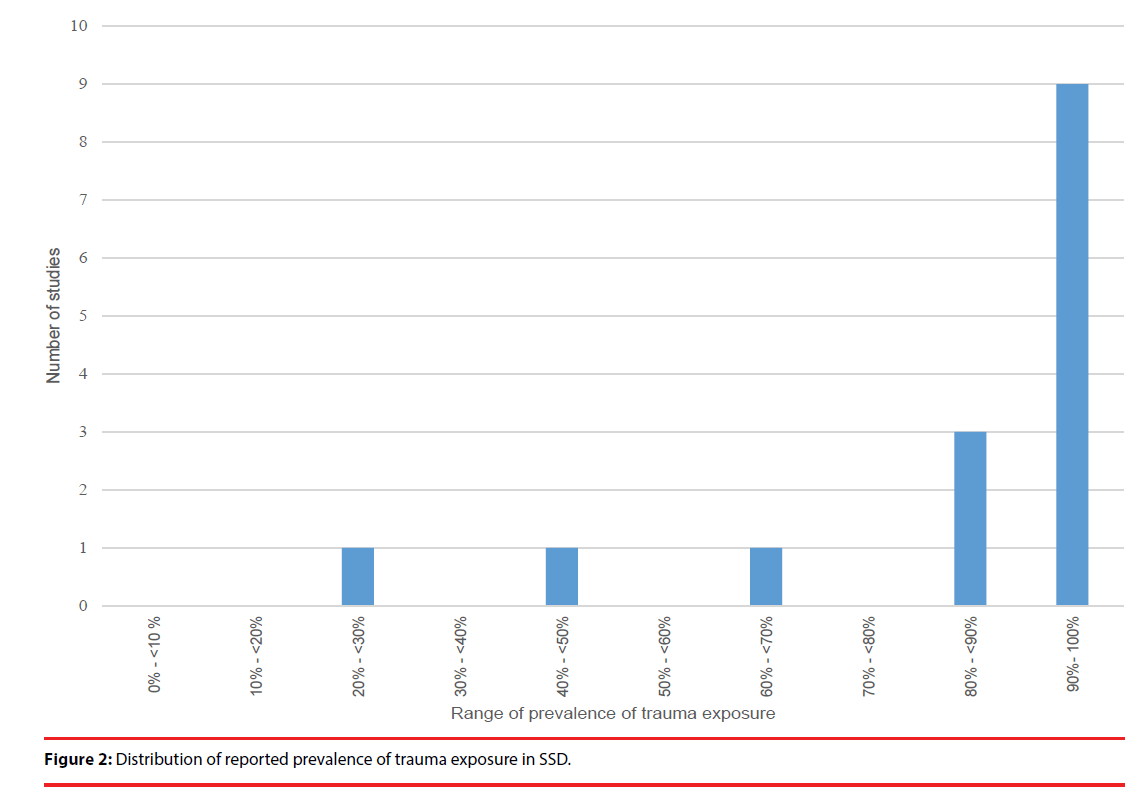 Figure 2: Distribution of reported prevalence of trauma exposure in SSD.

All data analysed during this study are included in this published article.

The contents of the articles are summed up in Table 1. Studies started from 1995 to 2016. Studies prior to 1995 didn’t have homogeneous population in terms of diagnosis (schizophrenia, delusional mania, acute psychotic episode) or a formal indication of diagnosis (patients labelled with psychosis without any specification, no validation with International Classification of Diseases or Diagnostic and Statistical Manual of Mental Disorders; DSM). 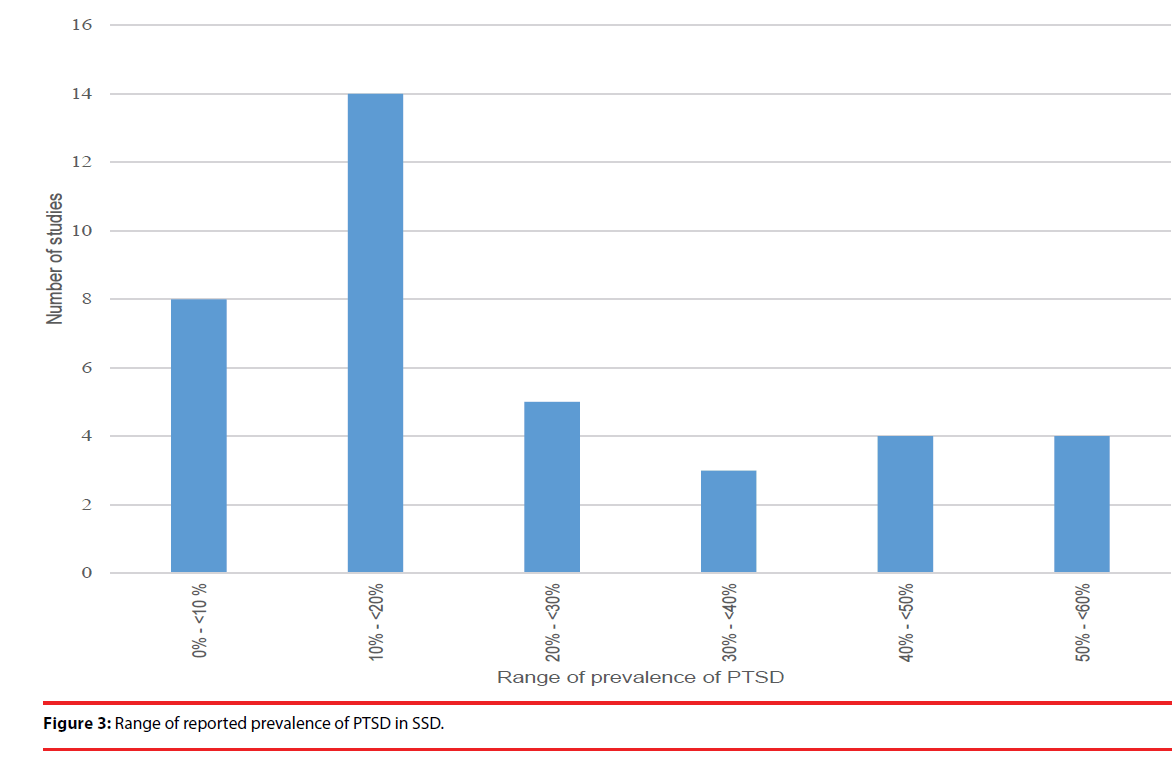 Figure 3: Range of reported prevalence of PTSD in SSD.

There is an important heterogeneity in assessment tools for prevalence of PTSD in the included studies (Table 2). Fifteen different methods were used. Twenty-three studies used an interview tool, 11 used a self-report tool and three combined an interview tool and a selfreport tool. One study was based on registries. The three most used assessment tools were the Clinician Administered PTSD Scale (CAPS ; n= 9 including CAPS-S n=3), the SCID (n=8) and the Posttraumatic Stress Disorder CheckList (PCL ; n=6). Among tools designed specifically for PTSD screening and diagnosis, only the CAPS-S and the PCL have a validity study in patients with SSD.

2 studies used only DSM-III-R criteria and 1 study was based on charts.

Range of prevalence of PTSD starts from 0% to 55 %. Thirty studies found prevalence superior to 10 % (Figure 4). 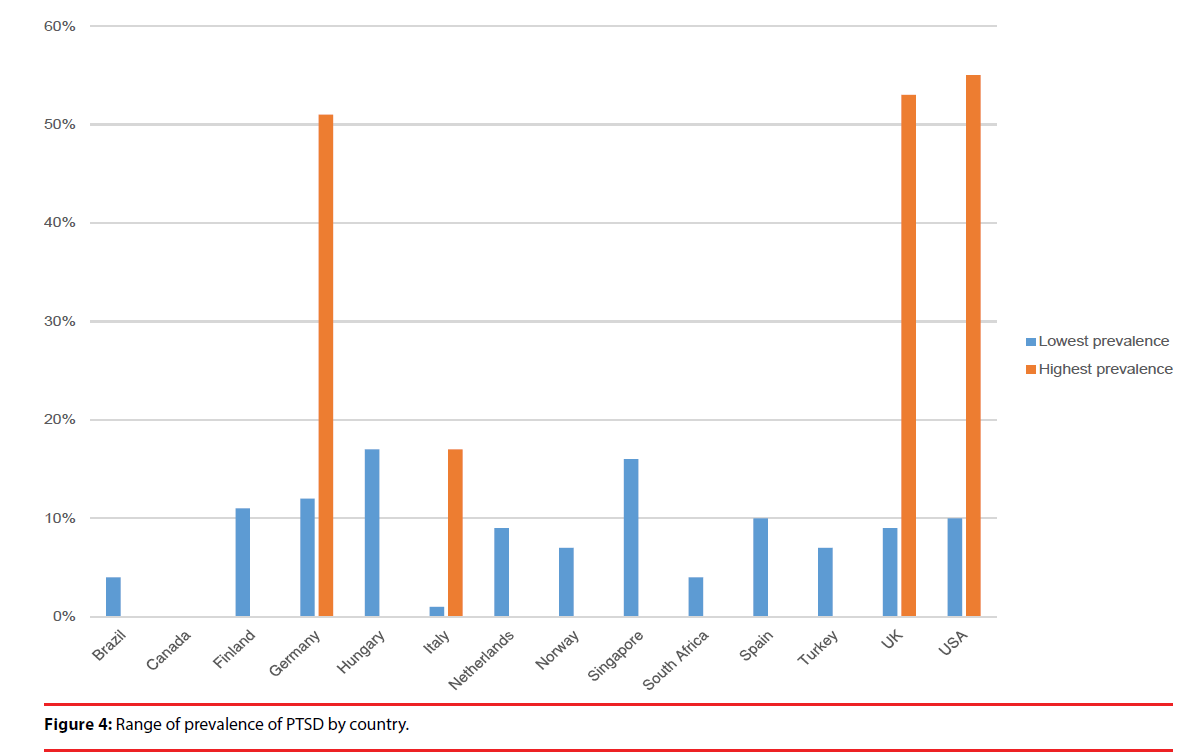 Figure 4: Range of prevalence of PTSD by country.

Only two studies found a difference of prevalence between men and women, with a higher prevalence for women. Other studies did not found this difference or did not mention it.

We also notice that 66 % of the studies had less than 100 patients, suggesting a majority of studies could be less representative of the SSD population, especially given the heterogeneity of this population.

Another factor of heterogeneity is the variety of tools used to assess prevalence of PTSD. Only 9 studies used the CAPS, considered as the gold standard of PTSD diagnosis [33] and only 3 used the Clinician-Administered PTSD Scale for Schizophrenia (CAPS-S) which is a modified version of the CAPS for patients with schizophrenia [34]. Besides CAPS-S and general psychiatric assessment tools (SCID, MINI), none of the tools used to assess PTSD were validated for SSD. [35] did a validity study of the PCL-5 in patients with SSD. Results showed a very high number of false positive (70.3 %), which renders the PCL an inadequate screening tool with an overrating of PTSD diagnosis [35]. Even if some modifications were made between PCL-S and PCL-5, we can speculate that the prevalence of PTSD in studies using the PCL-S might be overrated. Few screening tools were validated for patients with SSD. Moreover, most of the scales used were self-report tools, which might weaken the reliability of PTSD diagnosis. We included every study that had reported prevalence of PTSD in SSD. This can create a bias as not all of these sutdies were designed for this epidemiologic purpose. Also, we excluded 38 studies which did not report a prevalence of PTSD in SSD. Some of these studies did assess the prevalence of PTSD but in the context of broad severe mental illness and they did not provide specific data about the prevalence of PTSD in SSD.

Our review suggests that the prevalence of PTSD tends to be higher in patients with SSD than in the general population. Links between trauma and schizophrenia are still unexplained. Mueser et al elaborated an interactive model in which each group of symptoms of PTSD influences the evolution of schizophrenia, which lead to more frequent relapses and more severe symptoms [36]. Avoidance syndrome worsens schizophrenia symptoms and impairs areas of functioning, re-experience syndrome acts as stressors, over arousal syndrome increases negative symptoms and the vulnerability to retraumatization.

This review suggests that assessment of PTSD in SSD should be an important matter in everyday clinic. Impact of PTSD on SSD is not negligible, as SSD patients with comorbid PTSD tend to have more severe psychotic symptoms and are more subject to depressive and anxious symptoms [19,37–39]. Suicidal risk is increased in patients with SSD, as well as suicide attempts and substance use disorders all of which worsen the prognosis [31,40,41]. Comorbid PTSD decreases quality of life, self-worth and increases the use of medical and psychiatric care [19,42-45]. In line with this, it should be emphasize that the association between psychiatric disorders and obesity and/or diabetes constitutes a major public health concern and needs to be specifically addressed in the management of these disorders and of this comorbidity [46,47].

Despite all these clinical implications, PTSD in SSD remains under diagnosed [16,40,48-50]. One explanation could be the similarities of symptoms between PTSD and schizophrenic disorders [39,51]. Indeed, there is a certain amount of overlap between symptoms in both disorders: for instance, hallucinations are present in schizophrenia but also in some cases of PTSD, or avoidance in PTSD which can be confused with negative symptoms in schizophrenia. Also, clinicians may believe that patients with SSD cannot deliver a reliable or precise story of their trauma history, which may contribute to underdiagnose PTSD in this population. Literature suggests that patients with SSD tend to under report their traumatic experiences but are as reliable as general population [52]. Finally, Resnick et al suggests that clinicians are less willing to diagnose PTSD in SSD because there are no official therapeutic recommendations [39]. Salyers et al. tried to identify barriers in diagnosis and treatment of PTSD in patient with SSD [53]. They found that physician’s competence/ confidence and his belief that an intervention would be useful is positively correlated with the percentage of patients in which PTSD has been discussed or documented. It implies that clinicians need to be trained to improve their skills and knowledge in order to detect and treat PTSD in patients with SSD. Use of diagnosis and screening tools can help clinicians in detecting PTSD. Many studies validate PTSD assessment tools in patients with SSD. Psychometric properties of THQ, CAPS and Trauma Screening Questionnaire (TSQ) were first validate for general population but also for SSD [39,52,54-57]. Moreover, Gearon et al. (2004) validated the CAPS-S, CAPS for schizophrenia with some linguistic simplifications [34]. At last, there is promising results in treatment of PTSD in patients with SSD. Many studies confirmed efficiency of Cognitive Behavioural Therapy (CBT) to treat PTSD in SSD such as cognitive restructuration [58-60] and prolonged exposed therapy [61]. Eye Movement Desensitization and Reprocessing (EMDR) showed also good results in SSD by significantly decreasing prevalence of PTSD in SSD population and by improving PTSD symptoms, verbal auditory hallucinations, anxiety and depression without secondary effects or symptomatology exacerbation [61,62].

Prevalence of PTSD in patients with SSD seems to be higher than in general population. However, prevalence of trauma exposure seems similar to the general population. This suggests that patients with SSD might not be overexposed but might show an increased vulnerability to trauma. A specific meta-analysis should be to done in order to incorporate the new studies and mechanisms between trauma and schizophrenia needs to be explored. The underdiagnosis of PTSD in SSD could be improved by using validated assessment tools. Improving clinician’s knowledge and skills in PTSD in SSD could decrease patients’ distress and highly improve their quality of life. 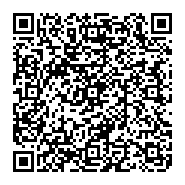