Neuro-degeneration including dementia in Alzheimer ’s disease (AD) is an global alarming problem. AD accounts for 60 to 80 percent of dementia cases. AMPA (alpha-amino-3-hydroxy- 5-methyl-4-isoxazole propionic acid) receptors are the main contributors of excitatory neurotransmission, mediating the fast, rapidly desensitizing excitation of many synapses, and are involved in the early response to glutamate in the synaptic space. The gene receptor AMPA responsible for AD is taken for this work. In the present study phyto-compounds from Ayurvedic Medicinal plants like Centella asiatica, Bacopa monnieri, Convolvulus pluricaulis, Mucuna pruriens, Ocimum sanctum, Tinospora cordifolia, Curcuma longa, Nardostachys jatamansi are among others used. The active components of the plants are taken and pharmacophore screening along with docking studies are performed against AMPA receptor in silico. The docking scores are noted for further in-vitro receptor-ligand binding assay studies. The selected phytocompounds were screened against AMPA receptor. Again, ADME (drug-like properties) was determined for the shortlisted ligands. Based on virtual screening, shortlisted ligands selected were Quercetin dihydrate and Asiatic acid.

Since ages various medicinal plants are part & parcel of major populations of India & other South East Asian countries. For the management of different neuro-degenerative diseases (Alzheimer’s, parkinsonism, obsessive compulsive disorder (OCD), ageing related metabolic disorders and stress-induced dysfunctions, mania, depression, acute & chronic cases of dementia, etc.) - where chemical & synthetic drugs are not fully effective, different phytomedicinal compounds (phytochemicals from herbal sources) may be successfully utilized with minimum or without side effects even for long term therapy. For the management of different mental & neuronal disorders there is tremendous scope of discovery of specific phytocompounds from medicinal plants. The binding affinity of specific phytochemicals with the gene-products (i.e., specific proteins) of the above disorders using bioinformatic softwares can prove effective for future drug discovery using these phytochemicals [1-3].

Alzheimer’s disease (AD) is a type of dementia that causes problems with memory, thinking and behavior; symptoms usually develop slowly and get worse over time, becoming severe enough that it interferes with daily tasks. The greatest known and studied risk factor is increasing age, and the majority of people with AD are 65 and elder. AD is a progressive disease, where dementia symptoms gradually worsen over a number of years and in its early stages, memory loss is mild, but with late-stage AD, individuals lose the ability to carry on a conversation and respond to their environment. Now, there is a worldwide effort under way to find better ways to treat and fight the disease and to delay its onset. Dementia is the loss of cognitive functioning— thinking, remembering, including reasoning— and behavioral abilities to such an extent that it interferes with a person’s daily life and activities and it ranges in severity from the mildest stage, when it is just beginning to affect a person’s functioning, to the most severe stage, when the person must depend completely on others for basic activities of daily living [4-6].

AD is named after Dr. Alois Alzheimer. In 1906, Dr. Alzheimer noticed changes in the brain tissue of a woman who had died of an unusual mental illness; her symptoms included memory loss, language problems, and unpredictable behavior. After she died, he examined her brain and found many abnormal clumps (also called amyloid plaques) and tangled bundles of fibers (now called neurofibrillary, or tau, tangles); these plaques and tangles in the brain are still considered some of the main features of AD. Another feature is the loss of connections between nerve cells, the neurons in the brain. Neurons transmit messages between different parts of the brain, and from the brain to muscles and organs in the body. Abnormal deposits of proteins form amyloid plaques and tau tangles are found throughout the brain. Once-healthy neurons stop functioning; they lose connections with other neurons and ultimately die. The damage initially appears to take place in the hippocampus, the part of the brain essential in forming memories, and as more neurons die, additional parts of the brain are affected, and they begin to shrink. By the time the final stage of AD has widespread, and brain tissue has shrunk significantly [6-8].

Mutated mammalian AMPA implicated as factor causing AD were retrieved from the National Centre for Biotechnology Information (NCBI); templates as retrieved from BLAST were downloaded from PDB. The 3D structure of AMPA was determined by homology modelling. The 3D structures of phytocompounds (from Ayurvedic herbs) were retrieved from various databases. The pharmacophore hypothesis was generated for the existing ligands and the phytocompounds were screened against the generated pharmocophoric hypothesis. Ligands were shortlisted based on their fitness score. Mutations in the AMPA (α-amino-3-hydroxy- 5-methyl-4-isoxazolepropionic acid) are noted as causal factors for many CNS disorders are used in this work [7-9].

The α-amino-3-hydroxy-5-methyl-4- isoxazolepropionic acid receptor (also known as AMPA receptor, AMPAR or quisqualate receptor) is a non-NMDA-type ionotropic transmembrane receptor for glutamate that mediates fast synaptic transmission in the central nervous system (CNS) [9-11]. Its name is derived from its ability to be activated by the artificial glutamate analog AMPA. The receptor was first named the “quisqualate receptor” by Watkins and colleagues after a naturally occurring agonist quisqualate and was only later given the label “AMPA receptor” after the selective agonist developed by Honore et al. [10] at the Royal Danish School of Pharmacy in Copenhagen. AMPARs are found in many parts of the brain and are the most commonly found receptor in the nervous system. The AMPA receptor GluA2 (GluR2) tetramer was the first glutamate receptor ion channel to be crystallized. The idea is that AMPARs are trafficked from the dendrite into the synapse and incorporated through some series of signaling cascades. AMPA receptors are responsible for the bulk of fast excitatory synaptic transmission throughout the CNS and their modulation is the ultimate mechanism that underlies much of the plasticity of excitatory transmission that is expressed in the brain [9-12].

In this work the 3D structure of the mutated AMPA receptor responsible for AD and related CNS disorders is modeled & virtually screened against the phytocompounds given.

The 3D structure of the AMPA receptor is modelled using modeler software [13]. The AMPA receptor amino acid sequence is downloaded from NCBI; its homologous templates were selected by BLAST. The receptor and their corresponding templates were submitted to modeler software to model their 3D structure. Using Rampage ramachandran plot server the models generated by modeler are analyzed and the best model is selected.

Sali and Blundell [13] generated five models. Using Rampage Ramachandran Plot Server, (this stereochemical check was applied to verify if the φ and ψ dihedral angles were in available regions of the Ramachandran plot) the best protein model was selected [14].

The 3d structures of the above phyto-compounds were downloaded from PubChem, a database of chemical molecules maintained by the NCBI and various other online databases.

▪ Selection of ligands for AMPA receptor

Docking was performed by Docking server by selecting the best model (model 3) with the ligand selected by pharmacophore modeling, colchicine, to get the docked structure [18].

The amino acid sequences of AMPA receptor was downloaded from NCBI (Table 1). Their homologous templates were selected by BLAST (Table 1).

The amino acid sequences of the receptors along with their homologous templates were submitted to modeller software for the generation of the 3D structures of the receptors using the principles of homology modeling [17]. Modeller generated five models for each receptor. The 3D models generated by modeler of AMPA (Table 2) are submitted to Rampage Ramachandran Plot server for model verification [18]. The best 3d AMPA (Figures 1 and 2) model is selected. As per Structure-Based Pharmacophore results phytocompound in Table 3 were selected as the best fitted ligands (Table 3) and the further docking studies (Figure 3) were done using these phyto-compounds.

Figure 4: Docking studies of phytocompounds with AMPA receptor with the interacting amino acids.

Molinspiration generated the following output (Table 5) for the phytocompounds selected in Table 4.

Phytocompounds quercetin dihydrate and Asiatic acid were selected as per ADME analysis.

As per Rampage Ramachandran Plot analysis, Model 3 of AMPA receptor is selected as the best model. Further, virtual screening followed by ADME studies it is seen that phytocompounds Quercetin dihydrate from Azadirachta indica and Asiatic acid from Centella asiatica can be successfully used as ligands for AMPA receptor. Further in-vitro receptor binding studies are being performed on the above selected receptor with the selected phytocompounds to establish the efficacy of Quercetin dihydrate and Asiatic acid in treating Alzheimer ’s disease. 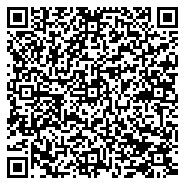