To observe the clinical efficacy of acupuncture on cognitive impairment after mild traumatic brain injury.

Cognitive dysfunction is multiple damage, including sense of perception, attention, memory, language, thinking, consciousness and emotional disorders, and its occurrence is mainly due to traumatic brain injury (TBI) and social conditions [1]. At present, the medical treatment and rehabilitation for cognitive dysfunction is relatively limited, and patients are always becoming loss of confidence due to a long period of treatment, further resulting in a series of psychological disorders, which affects the effectiveness of rehabilitation and quality of life [2]. Recently, some studies report that acupuncture is able to improve cognitive function and neurological outcomes in elderly patients [3]. A systematic review by Chinese neurotrauma association demonstrated that no strong evidence is available to direct conventional treatment of cognitive dysfunction following TBI to support any clinical standards or protocols at this time and there is no targeted medicine for improving cognition in TBI as well [4]. Therefore, in this study, we investigated TBI patients with cognitive dysfunction in our hospital to apply the acupuncture for one month, and achieved satisfactory outcome.

We selected of 72 TBI patients with cognitive impairment assessed by MoCA in our hospital during the period from January 2013 to December 2015. The severity of TBI is classified according to Glassgow Coma Scale (GCS), mild head injury GCS13-15 points; moderate head injury GCS9-12 points; severe head injury GCS3-8. We included patients as follows: 1) Conformed TBI with the diagnosis by CT or MRI; 2) The measurement of cognitive function with MoCA scale; 3) Age 16-65 years old, with education level upper than junior school; 4) To sign the informed consent and cooperate with the completion of the test.

▪ We excluded patients with the followed criteria

1) Those with severe primary disease of liver, kidney, hematopoietic system, endocrine system and mental disorder history like anxiety, depression, mania, bipolar disease and schizophrenia; 2) Those with hearing impairment or other disabilities are not able to be measured by the scale.

▪ Demographic comparison between the two groups

72 TBI patients were enrolled, and the comparison of characteristics of two groups was shown in Table 1.

There were no significant differences between the two groups at baseline (P>0.05) by the chi square test.

▪ Cognitive evaluation between the two groups

MOCA was used to evaluate the cognitive function of patients, seen in Table 2. There was no significant difference between two groups before treatment. By student’s t test, compared with before treatment, MoCA scores were increased after treatment in both groups (P<0.01). Compared with the control group, MoCA score of the treatment group was statistically higher than that of the control group after the treatment (P<0.05), which indicates acupuncture treatment can significantly improve the cognitive function of patients. In addition, the acupuncture treatment could increase the MoCA in different fields in visual activity, memory, verbal and abstract ability, while there was an increased trend in other cognitive fields (Table 3).

Table 2: The MMSE score before and after treatment in the two groups (͞x ± s).

Table 3: The MoCA scales before and after treatment in the two groups (͞x ± s).

Multiple systematic reviews report acupuncture to be relatively safe when performed by qualified acupuncturists. Only minor side effects related to the local insertion of needles, such as transient redness, spot bleeding, minor bruising, and local discomfort, have been reported. In our study, we did not find obvious adverse effects regarding the blood, routine, liver and kidney function tests.

In the present study, TBI patients were comprehensively treated by Western medicines and acupuncture, with MoCA scales used for detection. The preliminarily result shows that the comprehensive treatment of Western medicine and acupuncture is superior to medical treatment alone, and it can obviously improve cognitive function of patients with mild TBI. 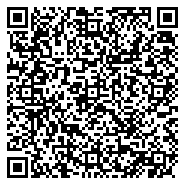