Background: Complex neurovascular activation by transcranial Doppler (TCD) has not been
presented at the moment in drug-responsive patients with focal epilepsy. The objective of
this study is to assess the neurovascular activation to complex visual stimulation of drugresponsive
patients with focal epilepsy during interictal period.

Methods: Twenty-five patients with focal epilepsy and 25 healthy subjects were screened for
this study in our Neurosonology Laboratory. We performed transtemporal TCD recordings
from the P2-segments of both posterior cerebral arteries (PCA) simultaneously during
complex visual stimulation, at least, ten days after last epileptic attack. The individual reactivity
was defined as a relative increase of the blood flow velocities as a percentage change of the
baseline values.

Discussion: In contrast to the earlier reports of the studies that were found diminished
neurovascular reactivity to simple or complex visual stimulation using TCD, our study showed
the temporal and occipital region of the patients with focal epilepsy have hyperactive
neurovascular units at the epileptic side during the interictal period when comparing with
the healthy subjects. However, to emphasise the importance of investigating neurovascular
coupling in further studies are needed.

The increased metabolic demands of cerebral activation result in the dilatation of the artery and the corresponding rise in the flow velocities of the basal cerebral arteries [1]. TCD sonography provides information about blood flow velocity changes in individual cerebral arteries as a representation of cerebral blood flow to visual or motor stimulation [1,2]. Besides, TCD method can provide excellent temporal information about the dynamics of the response [3]. Continuously recording of blood flow velocities at PCA during visual stimulation tasks show the relation between metabolic demand and neuronal activation. This phenomenon is called as neurovascular coupling, and it gives information about the neuronal activation of the visual cerebral cortex as well as the reactivity of cerebral cortical vessels or both [4].

The antiepileptic drugs can inhibit the response to simple visual stimulation like photic stimulation, and, therefore, the observed reactivity might be found lower than the expected in the earlier report of the functional TCD study. Thus, we used complex visual stimulation to activate the larger area of the temporal and occipital lobes perfused by PCA. The objective of this study is to assess the neurovascular activation to complex visual stimulation of the drug responsive patients with focal epilepsy during the interictal period.

This study was done in the Department of Neurology between September 2012 and August 2014. Twenty-five patients with focal epilepsy and 25 healthy people who served as controls were enrolled in the study. A detailed medical history and history of epilepsy has been questioned in all subjects. A physical examination and complete neurological examination were done in all subjects including ultrasound examination of extracerebral arteries. Laboratory investigation and radiological examination were also done in patients when necessary. There is no comorbid condition among the patients and controls including cerebrovascular disease, diabetes mellitus or hypertension. A few patients and controls are cigarette smokers. However, they weren’t allowed to smoke on the test day. None of the patients has a visible abnormality on the cerebral magnetic resonance imaging (MRI). All patients were investigated by 1.5 T MRI according to the protocol for detection of the epileptic zone [7]. Diagnosis of focal epilepsy was made according to the clinical appearance and the EEG results [8]. The epileptic side was described when an epileptic focus documented by EEG and allocated to the epileptic side.

All enrolled patients were studied during the seizure-free period with Transcranial Doppler, and all patients were receiving their antiepileptic treatment at the time of TCD recording. We excluded one patient because of insufficient PCA insonation through the temporal bone window. The data of the remaining patients (12 females and 12 males; mean age 33.9±15.8 years) and controls (7 females and 18 males; mean age 28.4±7.7 years) were included the analysis. The average age of the patients slightly higher than the controls, however, this difference did not reach the significant level (p=0.137). Similarly, the gender variance was not significant (p=0.114) between patients and controls.

A two-tailed t-test for the parametric variables and the chi-square test for the non-parametric variables were applied for statistical analysis, and p<0.05 was accepted as the statistical significance. This study was approved by the Ethical Committee of Eskisehir Osmangazi University (Number: 2012/172 and date: 17th August 2012). All the participants gave their informed written consent according to the Declaration of Helsinki.

The test was performed in a quiet room, and subjects lay comfortably. We performed transtemporal TCD recordings with a Multi- Dop X4 (DWL, Sipplingen, Germany), using 2 MHz transducers from the both PCAs simultaneously during visual stimulation as eyes open and watching colour images for 20 s (‘on’ phase) followed by 20 s with closed eyes (‘off’ phase). Ten cycles were performed and averaged. A detailed description of the compound visual stimulation was found elsewhere [9].

The standard for successful recording of the P2 segment of PCA was a clear-cut increase in flow velocity during the period when the subjects had their eyes opened as opposed to the time when their eyes were closed [10]. An acoustic signal initiated stimulus on and off phases. Fast Fourier transformation was used to calculate a time-averaged mean flow velocity for each cycle (Figure 1). 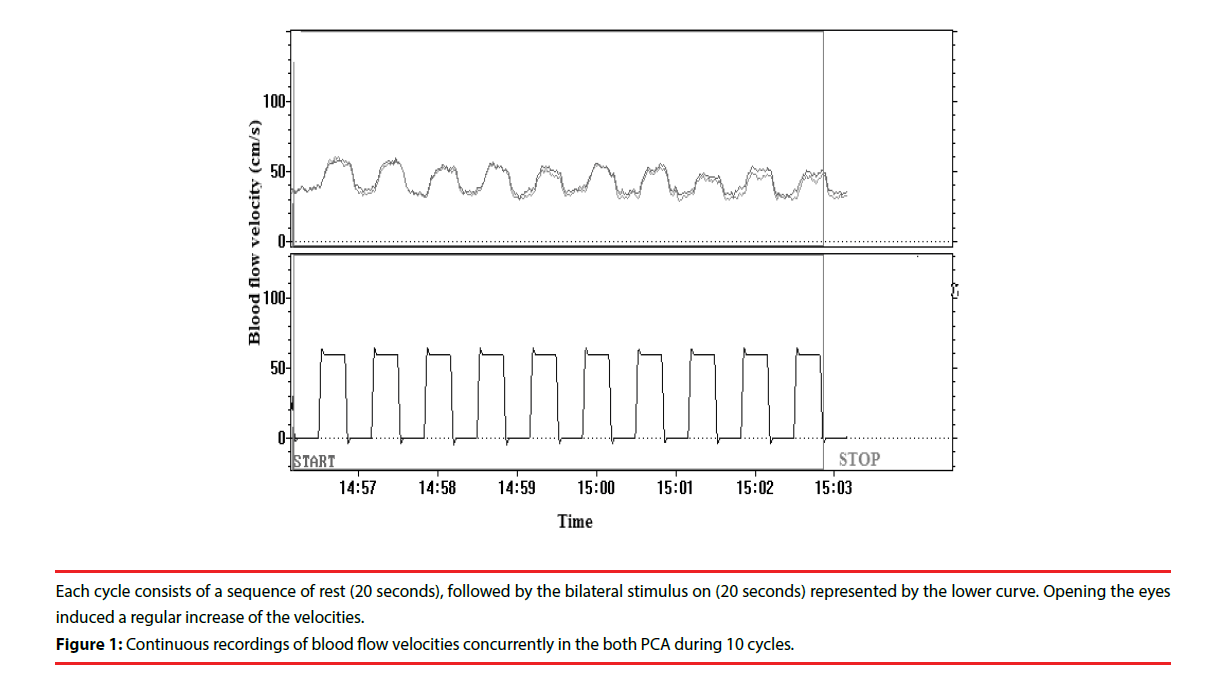 Figure 1: Continuous recordings of blood flow velocities concurrently in the both PCA during 10 cycles.

Calculations were performed off-line, and individual reactivity was defined as a relative increase of blood flow velocities as a percentage change of baseline values [Reactivity=100(Vs- Vr)/Vr]. Where Vs indicates maximum velocity at stimulation (eyes open and stimulus on); Vr, minimum velocity at rest (eyes closed and stimulus off). They are calculated by the special software of this system that allows triggerrelated blood flow velocity is averaging over an adjustable period of stimulus on compared with an adjustable period of stimulus off [10], following the procedure as shown in Figure 2. 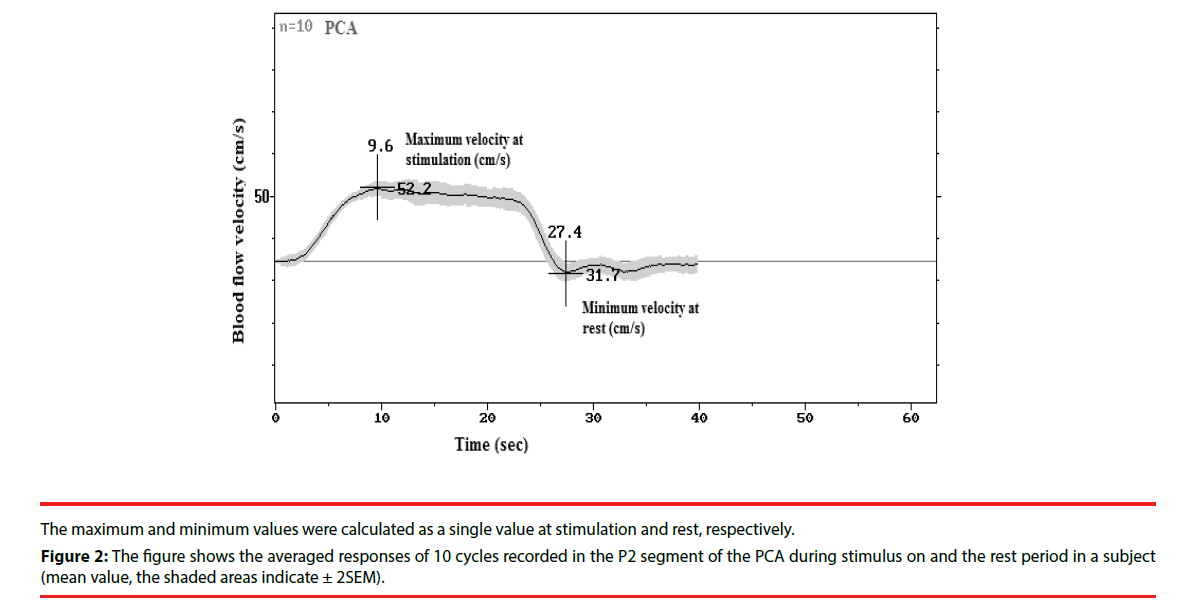 Figure 2: The figure shows the averaged responses of 10 cycles recorded in the P2 segment of the PCA during stimulus on and the rest period in a subject (mean value, the shaded areas indicate ± 2SEM).

Doppler data of the subjects were presented in Table 1. Briefly, the visual stimulation provided a significant blood flow velocity increase on both sides (p<0.001) in all the subjects. The blood flow velocities and the reactivity were not significant between the left and right side in controls, and therefore the Doppler data of the control subjects was pooled. Thus, the data of the 50 vessels were used for the statistical analysis in 25 controls. However, the reactivity was significantly different between the epileptic and non-epileptic side in patients (p<0.001). Therefore, the Doppler data were not pooled in patients, and analyzed separately.

Table 1: Doppler data of the subjects.

Normal brain activity is subject to a continuous resource of oxygen and glucose through cerebral blood flow (CBF). In certain circumstance, the local brain activity has to be accompanied by an increase in regional CBF. The CBF increase is paralleled by the rise in both oxygenation and blood volume [11]. Besides the neuronal activation, the glial activation plays a considerable role in the neurovascular coupling; particularly during visual stimulation [12,13]. Endothelial cells and pericytes are also involved in the neurovascular coupling [14]. However, the exact coupling mechanism of the neurovascular unit is not yet fully understood.

TCD provides information about blood flow velocity changes in cerebral arteries to appropriate neuronal stimulation tasks. Also, TCD sonography allows for the real-time analysis of the flow velocities in the large cerebral arteries, and the velocity changes after a vasodilatory stimulus such as acetazolamide, CO2, or apnea [15]. Hypoxia caused by breath holding results in an autoregulatory vasodilatation and an increase in CBF to the cortex [16]. The increased CBF can be evaluated by the TCD and can deliver data concerning the vascular reactivity [17].

When considering that the diameter of the basal cerebral arteries is relatively constant during the hypoxia, the blood flow velocity changes related to the capillary vascular organisation are mainly responsible for the cerebral vascular autoregulation [18]. Recently, increased cerebrovascular reactivity using a breath-holding test in patients with epilepsy was published [19]. Although, the authors concluded that the increased vasoreactivity might be the result of an adaptive mechanism that protects the brain from hypoxic challenges due to seizure apnea rather than the abnormality.

In the present study, the blood flow velocities in the stimulation period on the patients were similar with the control subjects. In contrast, blood flow velocities obtained on the patients during rest period fairly lower than those of controls only at the epileptic side. Our study was not planned to define the perfusion deficits in the epileptic patients. However, the lower cerebral blood flow velocities during the rest period may represent cerebral hypoperfusion within the examined vessels area at the epileptic side. Nevertheless, this difference did not reach a significant level. Because of the blood flow velocity obtained during rest period lower than those of controls in our study, the amplified reactivity in patients seems to be related to the preserved vasodilator ability of the vessels. Also, more recently the significant increase in activated N-methyl-D-aspartate (NMDA) receptor availability was shown in patients with focal epilepsy. They suggest that increased NMDA activation in patients with chronic focal epilepsy extends beyond the presumed epileptogenic zone [20]. Therefore, increased NMDA activation may be partly responsible the increased neurovascular reactivity.

The recent paper shows that the memory task tended to be more left-lateralized, and the search task tended to be more right-lateralized than memory [21]. Because we used very complex visual stimulus including colour perception, visual search and visual spatial memory, our results represent the complete tasks. Thus, we are not able to analyse the hemispheric differences regarding the stimulus patterns. In addition, TCD is easily applicable even at bad side, cheaper, reproducible, and non-invasive method, but its spatial resolution is very low when comparing the sophisticated imaging techniques such as functional MRI [22].

We thank Cigdem Akbas for her excellent technical support. 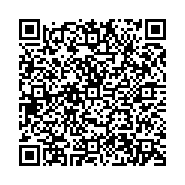