Pallidonigroluysian atrophy (PNLA) is a rare neurodegenerative disease that is pathologically defined by severe neuronal loss in the globus pallidus, substantia nigra, and subthalamic nucleus. In this article, we present the first PNLA case who had prominent psychiatric symptoms, including delusions, and demonstrated lots of limbic argyrophilic grains. Our findings expand the clinical spectrum of PNLA and suggest that salient neuropsychiatric symptoms in this disease could be caused by argyrophilic grains in the limbic system.

Pallidonigroluysian atrophy (PNLA) is a pathological entity characterized by severe neurodegeneration in the globus pallidus (GP), substantia nigra (SN), and subthalamic nucleus (STN) [1-3]. Although PNLA has a diversity of clinical presentations, striking psychiatric manifestations, including delusions, have not been reported in this rare disease. Herein, we report the case of a PNLA patient with many argyrophilic grains in the amygdala and hippocampus, who developed prominent neuropsychiatric symptoms and Parkinsonism.

A Japanese man developed progressive gait disturbance at 73 years of age. Neurological examination at age 74 revealed parkinsonism that was slightly more severe on the left than the right. Initially, he somewhat responded to treatment with levodopa; however, beneficial effects of levodopa were not confirmed thereafter, and his gait disturbance further progressed. There was no family history of parkinsonian disorders. When he was 75 years old, he manifested striking psychiatric symptoms (i.e., delusions, irritability, and behavior disorders), all of which were not related to levodopa therapy, whereas his cognitive function was relatively preserved (the Mini-Mental State Examination [MMSE] score was 22). When he was admitted to our hospital at 77 years of age, worsening of parkinsonian features (such as postural instability), neuropsychiatric symptoms (including psychotic symptoms [delusions but not hallucinations]), and dementia was recognized; the MMSE score was 13 and the Neurobehavioral Cognitive Status Examination (COGNISTAT [4]) showed impaired scores, especially for performance on Orientation, Attention, Construction, Memory, and Calculation subtests. Brain magnetic resonance imaging (Figure 1) demonstrated mild bilateral frontotemporal atrophy and 123I-iodoamphetamine single photon emission computed tomography showed perfusion defects in the frontal regions. He developed dysphagia and died of aspiration pneumonia.

A neuropathological investigation revealed substantially atrophic and markedly depigmented GP, STN, and SN (Figure 2A- 2C); microscopically, there were severe neuronal loss and gliosis as well as four-repeat tau-positive neurofibrillary and glial tangles. Tau-positive, argyrophilic astrocytic inclusions, which looked like tufted astrocytes, were found in these regions (Figure 2D); the tufted astrocyte is known to be the most significant astrocytic lesion in progressive supranuclear palsy (PSP) [5]. In addition, lots of argyrophilic grains containing four-repeat tau isoforms were observed in the amygdala and hippocampus of this patient (Figure 2E - 2G). There were no other specific structures associated with α-synuclein, amyloid-β, or transactivation response region DNA-binding protein 43kDa. To our knowledge, this is the first report of prominent neuropsychiatric symptoms, including delusions, associated with argyrophilic grains in the limbic system of PNLA.

Argyrophilic grains contain phosphorylated tau proteins, which are mainly composed of fourrepeat tau isoforms, and are abundantly present in the medial temporal lobe of argyrophilic grain disease (an age-related four-repeat tauopathy) [6-8]. These grains can be found in various neurodegenerative diseases, including Alzheimer’s and Parkinson’s diseases and other four-repeat tauopathies (e.g., PSP). Recently, PNLA has been considered a rare variant of PSP [9,10]; Graff-Radford et al. reported that PNLA accounted for less than 1% of pathologically confirmed patients with PSP and PNLA [10]. Patients with PSP often manifest apathy and disinhibition and these neuropsychiatric manifestations are attributed to disruption of the medial frontal and orbitofrontal circuits, respectively [11]. In contrast, PSP patients seldom develop delusions and the underlying pathology of these psychotic symptoms in PSP is unclear [11,12]. In other neurological and psychiatric disorders, however, delusions are known to be associated with argyrophilic grains in the limbic system [12-14]. Grau-Rivera and colleagues have suggested that the presence of salient psychiatric symptoms, including delusions, in Parkinson’s disease in the absence of definite dementia could be explained by concomitant argyrophilic grain pathology [14]. Irritability and delusions were reported to be the most frequently recognized neuropsychiatric features in argyrophilic grain disease [13]. Moreover, in patients with psychosis (schizophrenia or delusional disorders of International Classification of Deseases-10), which developed after 40 years of age, abundant argyrophilic grains were found exclusively in the amygdala, hippocampus, and adjacent temporal cortex [12].

In PNLA and other neurodegenerative diseases, the establishment of a relationship between neuropsychiatric manifestations and the presence of argyrophilic grain pathology in the limbic system appears to be important for future specific disease modifying treatments.

Although our findings (striking neuropsychiatric symptoms associated with limbic argyrophilic grains in PNLA) in a single patient require replication in a representative number of cases, these findings expand the clinical spectrum of PNLA and suggest that prominent psychiatric symptoms, including delusions, could be caused by limbic argyrophilic grains in this rare neurodegenerative disease. 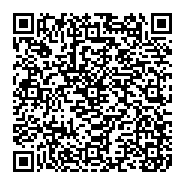