Neuroglobin as a Novel Biomarker in Childhood Seizures

Neuroglobin (Ngb) is a new globin member which is highly expressed in the central and peripheral nervous system.

We aimed to investigate the possible role of Ngb in children with febrile seizures and epileptic children.

The overall results showed that serum Ngb levels were significantly increased in patients’ groups than in controls and more in epileptic children than children with febrile seizures (pÃÂÂÂ 0.05 for all). Ngb levels were negatively correlated with the hemoglobin levels and positively correlated with the total leucocytic count (TLC) in the patients’ groups.

Higher serum neuroglobin levels among children with seizures especially epileptic ones, reflecting its involvement in seizure process. This study may give the initial clue to newer anticonvulsant or antiepileptic therapy through acting on neuroglobin levels.

Seizures are common neurological problem in children, particularly the febrile one [1]. Febrile seizures (FS) can be defined as a seizure that affects children at age range from 6 to 60 months of age that associated with any febrile disorder not caused by central nervous system infection or metabolic disturbances [2] with vague pathophysiology [3].

Childhood epilepsy also is a common central nervous system disease [4], with significant effect on the development of the child [5], and occurrence of two or more unprovoked seizures are mandatory for its diagnosis. It is more prevalent in developing than developed countries, more in early childhood and adolescent, and commonly idiopathic [7,8]. The crude life time prevalence rate (CPR) of childhood epilepsy in Egypt was 12.67/1000 [9].

Neuroglobin (Ngb), a new globin family member that is specifically expressed in neurons of the brain, has been reported by several experimental animal studies to have an endogenous neuroprotective effect against seizures, oxidative stress related insults, and may play a role in valproic acid induced neuroprotection, with poorly defined underlying mechanism [10-15]. So its level is up-regulated in brain tissue of epileptic patients [16]. The aim of this study was to measure the serum levels of neuroglobin, in children with seizures weather febrile or epileptic seizures and comparing the results with normal healthy children.

The present study has been carried out on 70 children, divided into three groups: group (I) included 25 children with simple febrile convulsions, group (II) included 25 children with newly diagnosed idiopathic epilepsy, and group (III) included 20 healthy age and sex-matched children selected as controls. All included patients were recruited from Pediatric department and outpatient’s Neuropediatric clinic, Minia University Hospital, Egypt, in collaboration with Medical Biochemistry Department, Faculty of Medicine, South Valley University, Qena. The study period was from March 2015 to February 2017. Informed written consents were obtained from parents or care-givers of all included children before conducting the study. The current study has been approved by the local Ethics Committee of the Faculty of Medicine, Minia University, Egypt, before starting with approval No.02/2015 (February, 2015).

Children who had previous non febrile seizure or those with abnormal EEG changes were excluded from group (I), while, children with history of any neurosurgical intervention, evidience of metabolic and/or electrolyte disturbances, presence of an active neurological disorder, major neurological disabilities, associated mental retardation or psychiatric disorders such as autism or attention deficit hyperactivity disorder (ADHA), or on chronic medications, all were excluded from group (II).

All patients were subjected to careful history taking Data regarding the character of the febrile convulsions (type, duration of the seizure, number of seizures during same febrile illness, level of consciousness, duration of the last seizure), past history of FS, duration of fever before seizure, and family history for FS were obtained. Family history was regarded as positive when seizure was reported in a firstdegree relative. Careful clinical examination including neurobehavioral assessment was done for diagnosis of the cause of febrile illness and for examination of the nervous system to exclude any underling neurologic illness Diagnostic criteria of epileptic infants included at least two unprovoked seizures and confirmed by EEG monitoring that was performed under basal condition by the use of chloral hydrate. We used a Canadian based EEG machine; Anihon Khoden 8- channels conventional EEG machine had been used by 10- 20 international system of electrode placement and unipolar and bipolar montages [17].

Five milliliters (mls) of venous blood were collected from groups I and II within 48 hours from the onset of seizures and afternoon samples for control group. Each sample was divided as follows: 0.5 ml on ETDA tube for complete blood count (using Sysmex KX-21N), the remaining withdrawn 4.5 mls blood were placed into serum gel separator tube and centrifuged at 3000 rpm for 10 mins and the separated serum firstly assayed for fasting blood glucose, liver and renal function tests, serum electrolytes (Na, K and ionized Ca++) (using Konelab 60I thermo- Scientific-Finland) and C-reactive protein (direct latex agglutination).

While the remaining serum was stored at -80°C until the assessment of neuroglobin level, for assessment of neuroglobin level, commercial available ELISA assay kit was used (Sandwich EIA, Glory Science Co., USA). Depending on bounding of neuroglobin antibodies to its specific antigens bounded to microwells, washing of the microwells then removal of unspecific serum antibodies were done. Horseradish peroxidase (HRP) conjugated anti-human IgA was added to detect the conjugate/antibody/ antigen complex. After washing again of the microwells the unbound conjugate was removed. An enzyme substrate was added forming a blue color. Lastly addition of an acid stopped the reaction forming a yellow end product which is directly proportional to the concentration of neuroglobin antibodies present in the original sample. The intensity of this yellow color was measured photometrically at 450 nm.

There were significant lower hemoglobin and significant higher neuroglobin levels in children with seizures (patient groups) than controls (p˂0.05 for both), while there was no statistical differences between them as regards TLC or platelets counts, (Table 1).

Table 2: Comparison between Children with Febrile Seizures and the Controls.

Table 3: Comparison between Children with Epilepsy and the Controls.

Table 4: Comparison between Children with Febrile and Epileptic Seizures.

Table 5: Correlations between serum neuroglobin levels and the studied parameters in pediatric patients with seizures.

Neuroglobin is a hemoprotein that presents intracellulary in the neural tissues that binds to oxygen in a reversible manner with higher affinity than that of hemoglobin. Additionally, Ngb increases the availability of oxygen to the neurons and potentially limiting the brain damage [11]. It has been reported that Ngb act as endogenous neuroprotective molecule against hypoxic/ischemic insults and oxidative stresses only after its upregulation with unclarified underlying mechanisms [18].

As our work was the first to investigate Ngb levels in human seizures, literature wasn’t supportive for human studies however it signifying its protective property against seizures in animal models [19].

In the current study, serum Ngb levels were significantly increased in both groups with seizures than healthy controls. These results reflect its upregulation and/or expression in those children with seizures, adding to the evidence of its probable protective property against human seizures whether febrile or epileptic. The higher Ngb levels in children with epilepsy than febrile seizures may signify the neuroprotective property against epilepsy more than febrile seizures which need more research work on different types of epilepsy.

Due to its relationship with hemoglobin regarding the structure and the function, we aimed to assess the different blood counts. In this study there were significant lower hemoglobin levels in children with seizures either febrile or epileptic seizures as well as significant negative correlations between neuroglobin and hemoglobin levels and these results are in agreement with other studies reported that iron deficiency has been considered to be a possible risk factor for febrile fits and literature possessed variable possible explanations for epilepsy anemia bond [20,21].

Many antiepileptic drugs are associated with a spectrum of hematological side effects that ranges from mild thrombocytopenia, mild neutropenia or anemia, up to bone marrow failure [22]. Our results were in contradictory to the results of a study done by Asadi-Pooya [23]. who reported that the means of hemoglobin levels, hematocrit, and mean corpuscular volumes were not statistically different in epileptic patients and the control group. Possible explanations for this are differences in: age group, nutritional habits, geographic area and sample size of the control group in his study. In our study, there were higher significant total leucocytic counts in children with epilepsy than controls which was in accordance with the results of Shah et al. [24], however, there was no significant difference between children with febrile seizures and controls and this was in consistence with Rahbarimanesh et al. [25]. In this study serum neuroglobin levels were positively correlated with TLC in febrile and epileptic groups reflecting the importance of neuroglobin effect as a neuroprotective agent in children with seizures.

The protective effects of neurogloblin could attributed to the ability of neurogloin to intercept the apoptotic intermediated cytochrome c, liberated from the mitochondria. Studies report that the presence of neuroglobin, rather than preventing apoptosis, raises the level of insult required for apoptotic cascade initiation [26].

Finally, there were no significant correlations between neuroglobin levels and platelets count in either of patients groups. All these correlations require further studies for support and explanation. The results of this study designates the importance of neuroglobin as an endogenous neuroprotective molecule, therefore any strategy that can modify the up-regulation of neuroglobin expression is more likely to be clinically valuable and may be developed into a new therapeutic approaches.

Children with seizures (either febrile or epileptic) had increased serum levels of neuroglobin than normal healthy children with higher levels in children with epilepsy than febrile seizures with significant correlations between serum neuroglobin levels and some of blood indices. This study may give the initial clue to newer anticonvulsant therapy acting through neuroglobin expression.

Authors wish to thank all staff-members as well as nursing-staff of the Neurology unit of Minia university hospital, Egypt for their assistance during the data collection and follow up of patients.

There are no conflicts of interest. 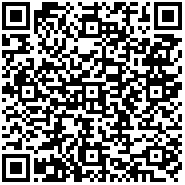