Neurogenesis in the Adult Brain is Negatively Impacted by Inflammation

Unit of Neuroscience, Department of Medicine and Surgery, University of Parma, Parma, Italy

Each day, neural progenitor cells in the Subgranular Zone (SGZ) of the Dentate Gyrus (DG) of the adult human brain make hundreds of new neurons. These neurons take on the morphological and functional characteristics of dentate granule cells and integrate themselves into existing neural circuitries. Although the exact role of neurogenesis in hippocampus function is unknown, some experimental evidence shows that it may play a role in memory formation and mood regulation. Hippocampal neurogenesis impairment has been linked to cognitive decline, Alzheimer's Disease (AD), and significant depression.

Inflammation of the brain is thought to play a role in the aetiology of chronic neurodegenerative diseases such as Alzheimer's disease and Parkinson's disease. Inflammation causes neuro degeneration by causing the brain's resident immune cells, the microglia, to become activated and produce a high number of pro inflammatory factors. Inflammation is also connected to acute brain injuries, such as stroke and Status Epilepticus (SE), which leads to the proliferation of neuro pathological processes. Increased neurogenesis in the SGZ is triggered by these insults. There is an 80% loss of newly produced dentate neurons after severe SE, raising the possibility that the inflammatory response is detrimental to hippocampus neurogenesis. We show here that inflammation-induced microglia activation affects both basal and insult-induced hippocampus neurogenesis. The tetracycline derivative minocycline, which particularly inhibits microglia activation, is found to be an effective treatment for restoring neurogenesis that has been repressed by inflammation.

Our findings reveal that brain inflammation suppresses baseline, on-going neurogenesis in the intact hippocampal formation and enhanced neurogenesis in response to a brain trauma. We provide direct in vivo evidence for a cellular mechanism that underpins inflammation's negative impact on neurogenesis. Thus, we discover that activated microglia are found in close proximity to newly created cells, and that neurogenesis impairment is dependent on the degree of microglia activation, regardless of whether the surrounding tissue is damaged or not.

The amounts of active microglia in the neurogenic zone and the number of surviving new hippocampus neurons have a substantial negative association, according to our findings. Finally, we demonstrate that minocycline, a specific inhibitor of microglia activation, improves hippocampus neurogenesis in inflammatory mice while having no effect on neurogenesis in control animals. In both basal and insult-induced neurogenesis, microglia activation specifically impairs the survival of nascent hippocampal neurons, although there is no evidence for suppression of cell proliferation or neuronal differentiation. The harmful effects of activated microglia on newly generated neurons are most likely mediated by cytokines including IL-1 and IL-6, tumour necrosis factor, nitric oxide, and reactive oxygen species.

These compounds are neurotoxic in vitro and can be secreted by microglia. Many illnesses associated with cognitive impairment, such as Alzheimer's disease, Lewy body dementia, and AIDS dementia, are thought to be linked to brain inflammation and microglia activation. Anti-inflammatory therapy can help patients avoid the beginning or progression of Alzheimer's disease. Irradiation of the skull causes inflammation in the SGZ and gradual cognitive decline. There is now mounting evidence that systemic inflammation, initiated by a peripheral infection or injury, can activate already primed microglia in AD patients' brains, as well as in the normal ageing brain, resulting in delirium and worsening cognitive impairment.

Our findings support a concept in which inflammation-mediated reduction of hippocampus neurogenesis is a pathophysiological factor in these diseases' cognitive impairment. The elevated inflammatory sensitivity of newly produced neurons demonstrated here could have consequences for neurogenesis in other brain locations. The adult mouse substantia nigra has recently been found to produce dopamine neurons. Neurogenesis may be suppressed and illness progression may be aided by inflammatory alterations in this region, which are typical in Parkinson's disease patients. In addition, after a stroke in rats, more than 80% of the new striatal neurons created from the sub ventricular zone die within the first few weeks.

Ischemic insults are linked to inflammation, which, according to the findings, is likely to jeopardise the survival of freshly generated neurons. Our findings point to anti-inflammatory medication as a potential new technique for improving the efficacy of endogenous precursor neuronal replacement in stroke and other neurodegenerative illnesses. We show here that an inflammatory response in the tissue milieu that new-born neurons experience during neurogenesis in the adult brain is harmful to their survival. Microglia activation following brain trauma, on the other hand, is likely to be advantageous by promoting other components of regeneration, such as the production of neurotropic chemicals. It's possible that the relative importance of microglia's destructive and beneficial functions may dictate the behavioural implications of brain inflammation and its suppression by medications like minocycline in different situations. 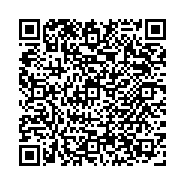