“Microvascular decompression” was first mentioned by Jannetta in 1967 and then has been popularized worldwide as an effective cure for treatment of cranial nerve hyperexcitability disorders, e.g. trigeminal neuralgia, hemifacial spasm, glossopharyngsal neuralgia, etc [1-3]. Nevertheless, no correlationship between the degree of compression and symptom has been confirmed so far. Therefore, I think this surgery is supposed to work out by means of neurovascular separation instead of vascular decompression. Furthermore, the common offending artery we identified intraoperatively is the superior cerebellar artery, anterior inferior cerebellar artery, posterior inferior cerebellar artery or even the vertebral artery - sometimes the petrosal vein is the culprit for trigeminal neuralgia cases. Generally, the diameter of those vessels ranges from 0.7 to 4.9 mm. Basically, we call those less than 0.3 mm as micorvessels. Therefore, I believe that the “micorvascular” means “microscopic-vascular”. As the microscopy had been an emergent novelty in 1960s, Prof. Jannetta emphasized with “micro-” accordingly.

As the pathogenesis is considered, I don’t think the pressure upon the nerve as the main factor. It is different with those neuralgias caused by compressions, i.e., protrusion of intervertebral disc, which manifests as persistent. Conversely, these cranial nerve disorders present as paroxysmal attacks. Whatever, demyelination of the suffered nerve has been observed so far [4]. Based on the pathology and our previous animal experiments, we provided a hypothesis [5]. When the nerve root is attached by a vessel, the neurovascular interfaces might be abraded with pulsation. As the tolerance of the nerve depends on individuals, the neurovascular conflict does not always give rise to symptom. Only a nerve demyelinated to some degree, those functional proteins that synthesized intracellularly might be out of control and ectopically accumulate upon the axonal membrane. This makes the resting transmembrane potential moves toward the polarization direction, which is called subthreshold membrane potential oscillation (SMPO) [6]. The amplitude and frequency of SMPO depends on voltage, which can be affected by a variety of factors, especially the opening and closing of the Na+ channel [7]. When this potential fluctuation reaches the threshold level, an action potential emerge s [6]. Hence, the degree of demyelination should be the point rather than that of the pressure, while the offending vessel may play a role of trigger in generating an ectopic action potential.

Anyway, I would like to call this surgery as “neurovascular separation”. In substance, rather than decompression or isolation, the aim of this operative process is to detach the neurovascular conflict.

This work was supported by the China government under grant of National Natural Science Foundation (#81471317). 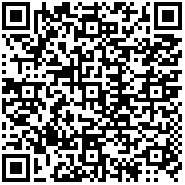