Background: Cognitive function has been reported to predict subsequent disability and mortality in elderly people. This study aimed to explore whether metabolic syndrome (MetS) resulted in cognitive decline in community-dwelling elderly people or not, accounting for depression and other risk factors during a long-term follow-up period.

Conclusions: The long-term outcomes of MetS are associated with a significantly increased risk of cognitive decline among community-dwelling elderly people.

MetS is defined by the American Heart Association/National Heart, Lung, and Blood Institute as a cluster of unhealthy cardiovascular disease risk factors including abdominal obesity, elevated blood pressure (BP), high levels of triglycerides (TG), low levels of high-density lipoprotein cholesterol (HDL-C), and elevated fasting glucose (FG) levels [1]. And its prevalence is rapidly increasing with aging [2]. In the United States, the prevalence of MetS increases from approximately 7% among people in their 20s to over 40% among people over 60 years of age [3]. MetS is known to affect cognition, regardless of the mechanism, and evidence suggests that MetS, as a whole, is associated with declining cognitive function [4]. Although several studies have investigated the association between MetS and the risk of cognitive decline [5-8] in recent years, the effect of MetS on the rate of cognitive decline remains controversial [4,5]. Several cross-sectional studies have reported 2– to 7–fold increases in the risk of developing cognitive decline [9,10] among those with MetS; nevertheless, other studies have failed to discover an increased risk [11]. Therefore, the association between MetS and the risk of cognitive decline remains unclear.

In Taiwan, as life expectancy grows fast, with respect to the high prevalence rate of MetS, even a modest association with cognitive decline could have considerable implications for public health. However, the identification of the risk factors for these debilitating conditions must be a priority in order to define the best approach for early prevention. Our previous study reported that depressive symptoms and MetS are independently associated with cognitive decline among community-dwelling elderly people [12]. However; this was a cross-sectional study, which precludes the possibility of adding evidence with regard to causation. Longitudinal studies with follow-up are necessary to clarify the causal effect. Hence we aimed to build a model by this 10-year cohort to illustrate the consequent cognitive decline caused by the baseline MetS and other confounders.

A total of 300 subjects aged 65 to 74, were randomly selected from April to June, 2001 by using the household records of 4 townships in a prefecture in Southern Taiwan, and were followed for a period of 10 years. The recruitment of the participants is demonstrated in Figure 1. This study was approved by the Ethical Committee for Human Research at the E-Da hospital in Kaohsiung, Taiwan. All participants gave informed consent prior to each visit. Figure 1: Flowchart of the study.

Participants were interviewed by trained interviewers who interviewed participants and collected data on sociodemographics (including gender, age, marital status, education level, monthly income), depressive symptoms (with the Taiwanese Depression Questionnaire [TDQ]), and general cognitive function (with the Chinese-language version of the Short Portable Mental Status Questionnaire [SPMSQ]). These measurements were collected at the baseline visit and 10 years after the baseline visit.

We used a modified version of the Third Report of the National Cholesterol Education Program’s Adult Treatment definition of MetS [17]. The report defined MetS as the presence of 3 or more of the following: (i) fasting plasma glucose ≥ 110 mg/dL; (ii) serum triglycerides ≥ 150 mg/dL; (iii) serum high-density lipoprotein cholesterol < 40 mg/dL in men and < 50 mg/dL in women; (iv) blood pressure ≥ 130/85 mmHg; and (v) waist circumference > 90 cm in men and > 80 cm in women.

A logistic regression was used to predict the presence of cognitive decline after 10 years based on the presence of MetS and the severity of depressive symptoms at the baseline. Sociodemographic information was adjusted in the above analyses. All analyses were performed using SPSS version 15.0 (SPSS Inc., Chicago, IL, USA).

▪ The relationship between cognitive decline, MetS and depressive symptoms

These results are in general agreement with prior longitudinal studies that have followed individuals for shorter periods (2 to 5 years). Those studies have reported that in elderly MetS is associated with an increased risk of clinically defined cognitive decline [8,13] and cognitive decline [4,8,18], with global function, memory, and executive abilities particularly affected. Yaffe and colleagues discovered that in elderly Latinos, those with MetS have greater cognitive decline than do those without, as measured using the Modified Mini-Mental State Examination and the Delayed Word-List Recall [6]. A smaller study, involving 101 older women, reported that MetS is associated with an increased risk of global cognitive decline and memory decline after 12 years. This study measured global cognitive function by using the Mini-Mental State Examination and memory by using the Word Recall Test with 3 words lists [19]. In one longitudinal study involving 993 elderly persons, MetS was discovered to be a risk factor for accelerated executive function (Trails B) and long-term verbal memory, particularly among women [22]. The study focused on measuring the association between MetS and the trajectories of cognitive change. Our study focused on evaluating the association between MetS and the risk of cognitive decline. Overall, these studies have found a significant association between MetS and cognitive function. This result could be explained with a statistical analysis of a similar population. Additionally, Vanhanen and colleagues reported no significant association between MetS and the risk of Alzheimer disease among men but reported an association among women [10]. Gender differences in the association between cognitive function and MetS have not been widely explored. MetS is a stronger predictor of coronary heart disease, cardiovascular disease, and cardiovascular-disease-related mortality in women than in men [21]. It is associated with an increased risk of ischemic stroke in women, but not in men [22]. Thus, these results support that women with MetS exhibit an increased incidence of cognitive decline compared with men with MetS. Another study that focused on the oldest adults (≥ 85 years) failed to reveal a link between MetS and cognitive decline, but this result might be related to survival bias [5].

The mechanisms underlying an association between MetS and cognitive decline are not completely understood, but there are several plausible pathways. Those studies have found that hyperglycemia is the main contributor to the association between MetS and cognition in elderly. Hyperglycemia, a marker for insulin resistance and the main feature of MetS, may have direct negative effects on cognition, whereas such direct effects have not been discovered for the other components [23]. Another probable mechanism is the effect of the elevated inflammation often seen in patients with MetS [7,23] Markers of inflammation have been associated with an increased risk of cognitive decline and developing dementia [7]. Inflammation may also be viewed as part of MetS. Further study is necessary to understand the role of inflammation in MetS and cognitive decline.

Our study has numerous strengths, including the use of a population-based cohort with long follow-up, the collection and standardization of MetS data, and inclusion of both genders. Finally, we were able to adjust for major confounders, such as age, education level, depression state, marital status, and monthly income.

This funding is gratefully acknowledged. 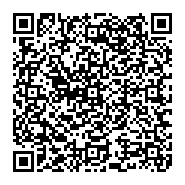