A resting-state magnetoencephalography (MEG) can discriminate different subtypes of schizophrenia. We studied a sample of 45 male patients (age range was 27 to 55 years old) with schizophrenia diagnosis from San Juan de Dios Hospital (Ciempozuelos, Madrid, Spain) equally distributed among paranoid (n=15), residual (n=15) and disorganized (n=15) subtypes according to the Structured Clinical Interview for DSM-III-R Axis I Disorders (SCID-I). Healthy controls (N=20) are males, matched by age and sex at the Magnetoencefalografíe Center “Dr. Perez-Modrego” (Madrid, Spain), without current or past neurological and/or psychiatric illness of any sort, including substance abuse.

When we estimated the ability of the predominant symptom dimensions to segregate the resting MEG amplitude profiles using canonical discriminant analysis, three discriminant functions DF) were extracted, explaining 52% (χ2=584.291, p<0.000), 25% (χ2=323.354, p=0.115) and 22% (χ2=155.037, p=0.289) of the total variance respectively. Our findings are consistent with the idea that clinical dimensions of schizophrenia derived from the predominant clinical syndrome are an expression of specific dysfunction of the brain subsystems of the default network.

Schizophrenia is a highly heterogeneous and complex disorder whose etiology and pathophysiology have not been sufficiently elucidated [1,2]. A controversy about its status as a single nosological entity (as opposed to a nonspecific syndrome or set of syndromes) underlies changes in new classification systems [3]. Indeed, whereas the International Classification of Disease (10th edition) explicitely proposes multiple schizophrenias, DSM-5 takes a unitary view of the syndrome [4,5]. The approach taken by the DSM Work group was to search for biological validation of the clinical subtypes, with special emphasis placed on genetics [4]; the results were unsatisfactory and all subtypes were abandoned in the new classification. The National Institutes of Mental Health new classification system goes even further and abandons the concept of schizophrenia in favor of a matrix of research domains [1]. In any case, the question of a possible etiological and clinical heterogeneity of the disorder based on empirical data remains open [3,5,6].

Meta-analysis of biological markers of schizophrenia has revealed statistically significant but quantitatively very modest differences between patient and controls on a great many studies at different levels of analysis (molecular, physiological, behavioral and clinical) [7], but effect sizes may become more evident if subtypes are considered [6] [6-9]. For instance, empirical segmentation of a sample of patients with chronic schizophrenia based on psychopathology profiles, showed that data were best explained by a three factor model [10], which remained valid when incorporating imaging and electrophysiological data [11]. Factors in this model correlate with variables measuring: (a) reality disturbance, (b) disorganization, and (c) psychomotor poverty, and this structure has been confirmed in separate samples [12] and supported by a meta-analysis [13]. Following the same order, these factors would be comparable (in a simplification) to the three subtypes of schizophrenia defined in the Structured Clinical Interview for DSM-III-R Axis I Disorders (SCID-I): paranoid, disorganized and residual.

When extrapolated to clinical presentations, each of the factors predominates in a clinical subtype or sub syndrome [10]. The three factor solution was found to correlate well with quantitative electroencephalography measures, such that psychomotor poverty correlated positively with delta and beta power and reality distortion with alpha-2 power [14]. Likewise, error related negativity in event related potentials correlated negatively with psychomotor poverty, whereas correct response negativity correlated negatively with disorganization [15]. Other neurophysiological measures have also been identified as markers of genetic risk of schizophrenia, including the p50 component of event related potentials, the paired pulse inhibition (PPI), and the antisaccade task [16]. To date, there are two studies with results on subtypes of schizophrenia using MEG [17,18].

We therefore hypothesize that resting-state in MEG can successfully discriminate between clinical forms of schizophrenia using a classification representing the three factor solution (namely, reality disturbance, disorganization and psychomotor slowness/poverty) as well as between schizophrenia and healthy controls.

We studied a sample of 45 patients with schizophrenia diagnosis from San Juan de Dios Hospital (Ciempozuelos, Madrid, Spain), equally distributed among paranoid (n=15), residual (n=15) and disorganized (n=15) subtypes according to the Structured Clinical Interview for DSM-III-R Axis I Disorders (SCID-I). To establish the predominant symptom pattern, a lifetime symptom severity rating rather than a cross-sectional rating was used as suggested in [19] to reduce the impact of symptom fluctuations over time. Symptom ratings derived from SCID data included overall ratings on poverty/slowness symptoms (ratings on avolition, alogia, and affective flattening), reality disturbance symptoms (ratings on referential, paranoid, grandiose, somatic, control, thought broadcasting, bizarre, and other delusions; plus ratings on auditory, visual, tactile, and other hallucinations), and disorganized symptoms (ratings on disorganized speech and disorganized behavior). Items were rated as 1=absent, 2=subthreshold, or 3=present. The overall rating for each symptom dimension was calculated by adding the scores of all items within each class. All patients were male (the hospital is for men only), and their age range was 27 to 55 years old. All patients had spent at least half of the preceding 8 years either institutionalized or in a supervised community psychiatry setting. Minimal duration of illness was 8 years and antipsychotic medications had not been changed for a minimum of six months.

Exclusion criteria were: A comorbid diagnosis substance abuse in the preceding year, any comorbid neurological (including learning disability) or psychiatric disorder, and/or use of non-scheduled medications in the 48 hours prior to the MEG recording.

This study was approved by the bioethics committees of the Universidad Complutense Medical School and of San Juan de Dios Hospital. The study adhered to the recommendations of the Helsinki declaration. All subjects received verbal and written explanations of the study purpose and protocol by the researchers. As many patients had legal guardians/tutors (n=11), additional informed consent was obtained from them. Close liaison between researchers and the nursing personnel allowed the participants, or their legal tutors, to formulate any additional questions or request clarifications. Next of kin was also informed in all cases about the nature and purpose of this research. Consent was obtained in written form from the patients and from their legal tutors (when appropriate). There was no economic compensation, save for a light snack offered on the day of MEG recording. There were 14 additional patients that did not complete the study and were not included in this report. Causes for drop-out were: (1) lack of consent from either relatives or legal tutors, (2) last-minute change in opinion from patients, their tutors and/or their relatives, (3) technical problems with MEG signal extraction or analysis, (4) use or PRN medication (medication for occasional conditions) on arrival or 48 hours prior to the MEG and (5) lack of cooperativeness during MEG recording. The latter was a particular problem with the patients suffering from disorganized schizophrenia. Healthy controls (N=20) were males, matched by age and sex at the Magnetoencefalografíe Center “Dr. Pérez- Modrego” (Madrid, Spain), without current or past neurological and/or psychiatric illness of any sort, including substance abuse.

All statistical analysis were performed using IBM SSPS 21 (Armonk, NY). Main effects of predominant symptom dimensions on resting state MEG amplitude (measured in Nano amp-meters) were estimated with one way ANOVA. To estimate the ability of MEG measures to segregate patients from controls, and predominant symptom dimensions among each other and from controls, we performed canonical discriminant analysis using predominant psychopathology as the classifier. A cross-validation leaving one out with bootstrapping (n=1000) was performed to assess the stability of the findings and avoid overfitting estimations.

Table 1 summarizes the major characteristics of the sample. There were no significant differences in age or neuroleptic dose (in chlorpromazine equivalents) (Table 1), or in use of adjuvant medications among subjects with any of the three predominant symptom dimensions.

Table 1: Description of the clinical sample.

Figure 1 displays the average MEG amplitude for each recording channel; the profile corresponding to predominance of each of the symptom dimensions can be distinguished qualitatively by the average amplitude of the signals registered across channels. Channel-wise comparisons of the mean resting MEG amplitude revealed significant differences (compared with controls) in anterior, temporal and posterior channels for subjects with predominant reality distortion, and in posterior central channels for subjects with predominant disorganization (compared with controls) (Figure 2). No individual channel distinguished subjects with prominent psychomotor slowness/poverty from controls. The first 3 canonical discriminant functions were used in the analysis. Cumulative variance explained by the three functions was 100%. To avoid overfitting we performed cross validation (Table 3). Figure 4 displays heat maps of the MEG contacts contributing most variance to the two significant discriminant functions; most of the weight to DF1 is contributed by left anterior (prefrontal and frontal) leads, whereas most of the weight to DF2 comes from bilateral temporoparietal leads. The source data for this figure is provided in supplementary Table 1 contains the structural matrices for the three discriminant functions. We found that resting state MEG amplitudes in subjects with chronic schizophrenia on stable antipsychotic medication regimes have different profiles in groups of subjects distinguished by their predominant symptom dimensions. MEG differentiates subjects with schizophrenia from healthy subjects as well. A supervised classification analysis using canonical functions showed that MEG profiles correctly assign subjects to each of the four groups more than 70% of the time after crossvalidation with bootstrapping.

Our findings are consistent with the idea that clinical dimensions of schizophrenia derived from the predominant clinical syndrome are an expression of specific dysfunction of the brain subsystems of the default network. Indeed, DF1 (which largely distinguishes subjects with schizophrenia from controls, Figure 4, panel a) identifies differences in leads on the left medial temporal lobe, bilateral prefrontal cortex (more prominent on the left), and the left parietal lobe. On the other hand, DF2 (which distinguishes among clinical subgroups of schizophrenia) depends primarily on differences in the amplitude of bilateral parietal leads (Figure 4, panel b).

The structures showing discriminatory power have been reported to have abnormal activity in schizophrenia using MEG. For instance, patients with schizophrenia and their unaffected relatives show reduced gamma band activity in the posterior region of the medial parietal cortex compared with healthy subjects [20]. Likewise, peak latencies to speech-evoked oscillatory activity in the 20-45 Hz range are delayed in patients compared to controls [21,22]. Interestingly, lateralization of p50 to speech sounds in patients depends on the severity of the auditory hallucinations (higher P50 in the left hemisphere) or negative symptoms (higher in the right hemisphere) [22]. Furthermore, during an old–new item classification task subjects with schizophrenia showed greater right temporal cortical activity during recognition of old items, whereas healthy subjects had greater activity in the parietal cortex, and this was interpreted as a demonstration of the patient group compensating for an abnormal prefrontal–parietal network by recruiting the temporal cortex [23]. Lastly, during a tactile stimulation task on the right and left fingers patients with active psychosis showed greater alpha and gamma band activity in the cerebellum compared with controls; controls, however, showed increased alpha activity in the right postcentral gyrus during right finger stimulation [24].

The resting state has been defined as a behavioral state characterized by quiet repose usually with eyes closed, during which subjects experience an ongoing conscious awareness largely filled with stimulus-independent thoughts, day dreaming or mind wandering [25]. However, it is important to note that the brain is never physiologically at rest, and indeed activity barely increases (~5%) when engaging in attention-demanding tasks [25]. Thus, significant dysfunction in resting state connectivity, as the changes reported in the present study, is likely to correlate with cognitive dysfunction [26,27] and may correlate with differences in behavior and clinical presentation between subtypes of schizophrenia.

The current study is based on a small sample and therefore our results should be interpreted cautiously. Nonetheless, the results of the discriminant analysis were sturdy to crossvalidation and bootstrapping, suggesting that the effect sizes are big enough to be detected even within the limits of our sample size. Also, the sample is composed exclusively of chronic, severely disabled patients, requiring highly supervised care, and therefore the findings may not be extensive to patients with new onset of disease. Finally, another limitation of the study is the influence that the participants may have had their eyes closed, resulting in increased alpha activity

The authors want to thank Lilly Inc for their generous funding of this research (grant UCM0410). 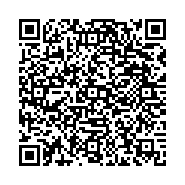