This study investigated the association between visit-to-visit blood pressure (BP) variability and cognitive decline in elderly adults over a 4-month period.

All 94 elderly volunteers were recruited from a community center. Mini-Mental Status Examination (MMSE) and Clinical Dementia Rating (CDR) questionnaires were administered during the initial assessment and at 4 months after the service. The BP at each visit and the visit-to-visit BP variability were measured for 4 consecutive months.

The relationship between blood pressure (BP) and dementia is not completely understood. Some studies have reported that hypertension is a risk factor for dementia and cognitive impairment [1-7]. By contrast, other studies have reported that diastolic hypotension is a risk factor [8]. However, some studies have reported the absence of association between BP and dementia development or cognitive decline over time in elderly adults [9,10]. Hypertension strongly affects cognitive decline in young adults, whereas persistent hypotension [8] or BP variability [11,12] strongly affects cognitive function in elderly adults. A prospective study involving 2505 Japanese–American men revealed that high systolic BP in middle age (average, 58 years) can be a predictor of senile dementia in late life (hazard ratio=1.77) [5]. Wang et al. reported that long-term hypertension causes microvascular injury, which consequently increases the risk of dementia in late life [13].

Mild cognitive impairment can be clinically defined as the earliest stage of dementia [14]. Both cognitive dysfunction [15] and hypertension [16] are common in elderly adults. The relationship between hypertension and cognitive decline has been widely studied. However, these studies have mainly focused on the effect of BP, as recorded during a single assessment, not as recorded during multiple measurements. The focus of these studies was not the effect of BP variability. The present study investigated the association between visit-to-visit BP variability and cognitive decline in elderly adults. This study was approved by the Institutional Review Board of the Taipei Tzu Chi Hospital (03-XD23-050), and all the participants provided written informed consent prior to participating in the study.

The participants were adults aged ≥ 65 years who volunteered to participate in a community project between February 1, 2015, and July 31, 2015.

After an explanation of the study objective, the volunteers were invited to participate in this study. Qualitative interviews were conducted by a trained senior nurse for obtaining basic information regarding the sex, age, medical history, and health behaviors (smoking, drinking, betel quid chewing, exercise, diet, and sleep) of the participants. All the information was verified by a geriatric psychiatrist.

Height, body weight, body mass index, past history of hypertension, and BP at rest was measured at the index date. In addition, BP was measured in the morning one to five times every week for 4 consecutive months.

The Mini-Mental State Examination (MMSE) is the most commonly used scale for the evaluation of cognitive function. It consists of a standardized six-domain cognitive screening test with a score range of 0-30. The MMSE items include questions for assessing orientation, registration and short-term recall memory, the ability to name objects, attention, and the ability to follow verbal and written commands, the ability to write a sentence, and visuospatial abilities while copying a figure. A total score <21 indicates increased odds of dementia [17,18].

The cut-off point of MMSE scores for low education levels are also indicated by a score of ≤ 21. In this study we defined a total MMSE score ≤ 21 as cognitive decline (middle-stage/ moderate cognitive impairment [M/M CI]) and total scores MMSE >21 as noncognitive decline (mild/no cognitive impairment [M/N CI]) The MMSE and Clinical Dementia Rating (CDR; MMSE1 and CDR1) were administered during the initial assessment, and their updated versions (MMSE2 and CDR2) were administered 4 months after the initial evaluation.

The participants were permitted to withdraw from the study at any time during the study period. The primary investigator provided transfer assistance for rescue medication to all the participants who experienced symptom deterioration and required immediate medical assistance.

BP was self-measured by each participant by using a cloud-computing sphygmomanometer prior to participation in voluntary activities at the community center. The participants were instructed to use the following standard protocol to measure BP: (1) rest for 15 min, (2) swipe an individual cloud card, (3) place the right arm through the measuring tunnel, (4) press the start key to start BP measurement, and (5) write down the values of BP and heart rate. In addition, BP was measured prior to participation in each voluntary activity for 4 consecutive months. At the end of the 4-month data-collection period, the principal investigator calculated the maximum systolic BP and systolic coefficients of variation (CVs) as well as the minimum diastolic BP and diastolic CVs.

To further evaluate the effects of low diastolic BP (LDBP) on cognitive function, we used the quartile of minimum diastolic BP to assign 25% of the participants with LDBP (≤ 50 mmHg) to the LDBP group and those with relatively high diastolic BP (>50 mmHg) to the control group. According to their history of hypertension, we divided all the participants into four groups, namely HT-c-LDBP, HT-s-LDBP, nHT-s- LDBP, and nHT-c-LDBP. The associations between hypertension history, visit-to-visit LDBP, and cognitive function were tested. A positive correlation was observed between MMSE scores and the minimal systolic and diastolic BP values. The four groups differed significantly in cognitive function (MMSE scores: HT-c-LDBP=21.62 ± 2.87; HT-s- LDBP=25.20 ± 2.78; nHT-s-LDBP=26.12 ± 3.65; and nHT-c-LDBP=23.27 ± 3.16) (Table 4). The HT-c-LDBP group, followed by the nHT-c-LDBP group, had significantly worse cognitive function than the nHT-s-LDBP group did. In other words, low minimum diastolic BP may be a risk factor for cognitive decline, particularly in patients with any past history of hypertension. The participants with hypotension and without any history of hypertension were also at a risk of cognitive decline, particularly if the minimum diastolic BP was ≤ 50 mmHg during the 4-month assessment of visit-to-visit BP variability.

Table 4: Comparing the difference of the initial and final Mini-Mental Status Examination scores among the nHT-c-LDBP, nHT-s- LDBP, HT-c-LDBP, and HT-s-LDBP groups by the method of ANOVA.

The results of this study revealed that LDBP and high diastolic BP variability are risk factors for cognitive function decline in elderly adults. In addition, our data demonstrated that hypertension is not a predictor of cognitive decline in adults aged >65 years. This finding is consistent with the results of other studies that have reported no significant relationship between hypertension and cognitive impairment among certain populations [8] or in women in late life [19]. A prospective horizontal study including 9704 women reported a strong association between hypertension and cognitive function decline in patients with incident stroke (odds ratio [OR]=4.07; 95% confidence interval [CI]=1.37–12.1) but not in patients without stroke (OR=1.13; 95% CI=1.04–1.22). Our recruited participants were all aged >65 years and without any stroke history. In this study, we attempted to test the relationship between cognitive function decline and visit-to-visit BP variability. The results showed that cognitive function was not significantly correlated with mean or maximum systolic and diastolic visit-tovisit BP variability. A significant correlation was observed among MMSE scores, the minimum systolic BP (r=0.386, P<0.001), and the minimum diastolic BP (r=0.476, P<0.001). Furthermore, this correlation was still present after controlling for the current use of antihypertensive drugs. The results indicated that low BP may be a risk factor for cognitive decline in elderly adults. In this study, a 4-month history of LDBP (<50 mmHg) was associated with cognitive function decline.

All the elderly adults recruited for the study mainly visited the community center for participating in voluntary resource recycling activities. The cognitive function may have improved during their daily voluntary activities and active social interaction. Therefore, that the control group was expected to exhibit improved cognitive function persistently for 4 months (the duration of the voluntary activity program). The MMSE scores of control group showed a slight increase (from 25.07 ± 3.1 to 25.92 ± 3.3) after 4 months, but a slight decrease was observed in the scores of the LDBP group (from 23.26 ± 3.7 to 22.57 ± 3.1). This may be related to poor blood circulation to the brain in the LDBP group. Therefore, we should consider increasing voluntary activities in exercise and reducing durations of sedentary activities for improving the blood circulation to the brain as well as alleviating hypotension and BP variability. In summary, we did not observe a correlation between hypertension and cognitive decline. However, variations in hypotension (diastolic BP variability) and minimum diastolic BP are more likely to be associated with cognitive deficits in elderly adults.

den Heijer [20] reported that cerebrovascular diseases can induce a pattern of brain tissue atrophy, a characteristic observed in patients with Alzheimer disease. Furthermore, on the basis of magnetic resonance images, the aforementioned study reported that a 5-year history of untreated hypertension can be a predictor of hippocampal atrophy, and a 5-year history of persistent LDBP in patients receiving hypertensive agents was associated with atrophy of the amygdala and hippocampus [20]. In addition, other studies have reported that high BP variability, which was calculated using multiple one-time measurements but not from average BP measurements, might be related to the shrinkage of the hippocampus [21]. Therefore, that study suggested that the initial effect of high BP on cognitive function occurred before the age of 65 years. After more than a decade of the effect, LDBP and high BP variability may reflect the effects of insufficient blood perfusion on cognitive decline in elderly adults.

Brain imaging was not performed in this study. Nevertheless, by measuring variations in MMSE scores, we demonstrated an association between short-term untreated diastolic hypotension and cognitive function decline. The cause of extreme LDBP remains unclear. However, in addition to physical factors, LDBP may be caused by an increased risk of multi vessel infarction or by progressive changes in the regional brain blood circulation caused by long-term hypertension, including increased blood viscosity and severe vascular sclerosis. Additional detailed assessments should be conducted in patients with extreme LDBP. Necessary adjustments should be made regarding individual health education for preventing cognitive function deterioration. Different preventive measures should be developed to control hypotension, particularly in patients with any past history of hypertension and large variability in diastolic BP.

This study has some limitations. First, all the participants were recruited from a single community center, and none of them had received a clinical diagnosis of dementia. Thus, generalizing the results to other populations is difficult. Second, the sample size of the study was small, and the follow-up period was only 4 months. Third, we used qualitative measures rather than imaging studies to evaluate changes in cognition. Additional studies with a larger sample sizes and a longer follow-up periods than the current study as well as studies using cerebral imaging examinations are required to validate our finding that diastolic hypotension significantly influences cognitive function decline.

We thank Bi-Hui Zhou for her assistance in preparing the data and Heng-Jia Chang for his critique of the findings of this study. The study was supported by a grant from the Taipei Tzu Chi Hospital, Buddhist Tzu Chi Medical Foundation (TCRD-TPE-104-59 and TCRD-TPE-105-43).

The study was supported by a grant from the Taipei Tzu Chi Hospital, Buddhist Tzu Chi Medical Foundation (TCRD-TPE-104-59 and TCRD-TPE-105-43).

The authors declare there is no conflict of interest. 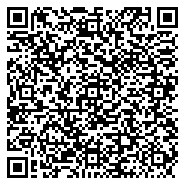