Is Contrast Media Really a Necessity in Lumbar Epiduroscopic Procedures?

This short report expressed preliminary clinical experiences on ten consecutive lumbar epiduroscopic procedures successfully performed without additional use of contrast media. Several reasons were addressed why on-demand instead of regular use of contrast media could be a feasible way to conduct this procedure.

Epiduroscopy is a minimally invasive spinal endoscopic procedure that provides diagnostic and therapeutic purposes in patients with post laminectomy syndrome and other cases of chronic low back pain [1]. Physicians can directly visualize the epidural space to perform targeted drug administration, mechanical lysis of fibrosis, or laser disc decompression under the aid of a percutaneously inserted flexible fiberoptic scope through the sacral hiatus [2]. Ionic contrast media is contraindicated for intrathecal use because of a higher osmolality and strong neural toxicity. Therefore, radiopaque non-ionic contrast media was widely accepted and routinely used by pain practitioners in lumbar epiduroscopic procedures for further confirmation of pathologies in the epidural space. Normally, the filling defect of the treated nerve roots or neural structures after contrast media injection revealed the presence of epidural scarring or adhesions. Non-ionic contrast media (Omnipaque 350) has been regularly applied in lumbar epiduroscopic surgeries via sacral approach with Myelotec Video Guided Catheters in our institute since 5 years ago. Although epiduroscopy is a safe and minimally invasive spinal procedure, some undesirable side effects or complications related to the catheter, the adjuvant devices (laser or radiofrequency ) , the drugs delivered or the contrast media injected do exist in the literature [3]. Various complications associated with the toxicity of contrast media have been reported, which included transient global amnesia [4], encephalopathy and rhabdomyolysis associated with iotrolan [5], hypersensitivity reactions [6], and contrast-induced nephropathy [6]. The increased cerebrospinal fluid pressure proportional to the rate and volume of fluid injected such as contrast media in the epidural space would be a factor causing visual impairment after epiduroscope [7].

First, preoperative MRI including whole lumbar-sacral region should be completed in order to obtain the information about the levels of termination of the dura sac or associated lumbar- sacral pathologies. The overall mean dura sac tip was mostly at the upper one-third of S2 in general adult populations[8]. Sacral hiatus was most commonly observed over S4 and S5 vertebrae [9]. Typically, a Tuohy needle was introduced via sacral hiatus and its tip was confirmed to be at S4 or lower S3 vertebrae level in the sacral epidural space under lateral fluoroscopic guidance (Figure 1). Seldinger technique was used for careful placement of introducer, dilator, and Myelotec Video Guided Catheter was introduced to prevent damaging the dura sac ending at S2 level. Once the whole system including a high-quality camera light source was set-up, the catheter could be gently steered in the ventral epidural space toward the lesion in the cephalad direction. A direct vision near the targeted pathology could be obtained under real-time epiduroscopic guidance without the confirmation by additional contrast media. The combination of pre-operative MRI evaluation, realtime 2D epiduroscopic view, and intraoperative C-arm fluoroscope can provide the information needed for a pain practitioner to perform lumbar epiduroscopic surgeries in most cases. Figure 1: The tip of the Tuohy needle was located at S4/ S3 vertebrae level in the sacral epidural space under lateral fluoroscope.

Second, the most common complications in lumbar epiduroscopic surgery were incidental dura tear with cerebrospinal fluid leakage or other associated neurovascular injuries. The major causes were surgical techniques or instruments related instead of the contrast agent. This ondemand procedure cannot guarantee fewer complications arising from approach-related causes like this. Conversely, if a dura tear was suspected during the epiduroscopic procedures, it would be better not to administer any contrast agents, which may possibly cause inadvertent intrathecal injections. Contrast media itself could potentially lead to some aforementioned contrastinduced complications due to the toxicity effects on affected tissues or increased cerebrospinal fluid pressure by volume of contrast material injected. Therefore, minimizing the consumption of it whenever possible was the best way to avoid the associated adverse events. However, contrast media is still important and valuable in lumbar interventional pain procedure such as Razs Catheter alone for epidural neurolysis or confirmation of disc volume after epiduroscopic laser disc decompression. From current clinical observations in limited cases, the role of the direct vision from the fiberoptic scope can supersede the indirect imaging appearance of filling defect by contrast media for most conditions in lumbar epiduroscopic surgeries. Additional cases will be required to verify the safety and efficacy of on-demand use of contrast media in lumbar epiduroscope.

In these preliminary experiences of ten consecutive lumbar epiduroscopic surgeries, a detailed pre-operative lumbar-sacral MRI survey including dura sac ending combined with delicate manipulation of the catheter under the assistance of a high-quality fiberoptic scope could deal with the majority of cases without routine use of contrast agents. On-demand instead of regular use of contrast media could be a technically feasible way to conduct this procedure smoothly in most cases.

The authors declared no conflict of interests. 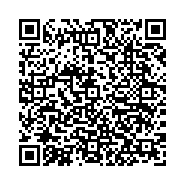