FGF19: Fibroblast growth factor 19, CSF: Cerebrospinal Fluid, BMI: Body Mass Index embryonic development, angiogenesis, and wound healing [1]. FGF19, FGF21, and FGF23 are members of a gene subfamily with unique properties that are attributable to their structural resemblance and presumed “hormonelike” actions [2,3]. FGF19 is a kind of gutderived postprandial hormone. As an atypical member of the FGF family, FGF19 functions as an endocrine hormone except regulating cell growth and differentiation. FGF19 plays a key role in coordinating liver bile acid biosynthesis and gallbladder motility and acts as a regulator of metabolic homeostasis, including strengthening insulin sensitivity, decreasing triglyceride concentrations, and reducing body weight. FGF19 is also related to coronary artery disease and renal function [4,5].

Of relevance to neuropsychiatry, the FGF system is critical for the induction of serotonergic and dopaminergic neurons and patterning of the cortex. The FGF system is also involved in hippocampal neurogenesis and might play a role in the effect of antidepressants [6,7]. Furthermore, recent evidence suggests that the FGF system is dysregulated in major depression. The expression of several FGF family transcripts have been shown to be altered in subjects with major depression, and these alterations are not attributable to antidepressant treatment [8].

FGF19 was originally identified in the human fetal brain, indicating that it plays an important role in brain development during embryogenesis [9]. Recent studies found that FGF21, one member of the family of endocrine FGFs, is detectable in human cerebrospinal fluid (CSF) [10]. Animal studies have shown that FGF21 may cross the blood-brain barrier (BBB) in mice and is a key mediator of the effects of mood stabilizers [11,12]. The existence of FGF19 in CSF and its potential role in the central nervous system remain unknown. In the present study, we measured the concentration of FGF19 in human CSF and investigated relationships with a cluster of characteristic emotions and behaviors.

The subjects were originally recruited from several Chinese hospitals as a control group for a study that focused on nicotine dependence. Subjects, who were scheduled to undergo surgery for lower extremity injuries due to ligament damage without trauma below the knee without any medication, were recruited to extract CSF samples before spinal anesthesia. The study was approved by the Human Ethics Committee of Inner Mongolia Medical University. For each subject, written informed consent was obtained either directly from the participants or from their responsible guardians. Samples that were obtained during that study were reanalyzed in the present study. All of the subjects were male Chinese without a history of drug dependence or abuse (including alcohol and nicotine) according to self-report and confirmed by their next of kin. Subjects were excluded if they had a family history of psychiatric disorders or neurological diseases. Individuals with medical or other systemic or central nervous system diseases were also excluded. Each CSF sample was obtained in 0.5 ml fractions in polypropylene tubes at -80ºC. The quantification of CSF FGF19 levels was performed using a commercial enzyme-linked immunosorbent assay (ELISA) measurement kit (Cloud-Clone, Houston, TX, USA) according to the manufacturer’s instructions. Ten percent of each CSF sample was assayed in duplicate. The following scales were used in the present study: Pittsburgh Sleep Quality Index (PSQI), Suicide Attitude Questionnaire (SAQ), Barratt Impulsiveness Scale, version 11 (BIS11), Beck Depression Inventory (BDI-11), and Self-Rating Anxiety Scale (SAS). All of the scales were completed by the subjects by self-report one day before CSF extraction.

The results are expressed as mean ± standard deviation. Statistical correlation analysis was performed using parametric methods for continuous variables. Mediation analysis is one approach that is used to analyze a hypothesized causal chain, in which one variable influences a second variable that, in turn, affects a third variable. The second variable, M, is the mediator. It “mediates” the relationship between an independent variable, X, and an outcome, Y. Mediation analysis may disentangle direct effects that are part of an exposure effect, and indirect/mediated effects are part of an exposure effect that is mediated by a given cluster of potential mediators. In the present study, FGF19 level was identified as an independent variable. The PSQI total score, PSQI Component 7 score, and SAQ subscale F3 score were identified as potential mediators. The BDI score was considered a dependent variable of FGF19 levels. Values of p < 0.05 were considered statistically significant. All of the analyses were performed using SPSS 19.0 software, and mediation analysis was performed using the SOBEL test [13].

Table 1: Basic characteristics of all subjects and correlations between CSF FGF19 levels/BDI scores and other continuous variables (n = 83).

Consistent with the growing number of FGFs that have been identified, the role of FGFs in the CNS has gained importance, expanding from their classic influence on development, neuronal repair, and neuronal protection to a possible role in learning and neuronal plasticity. During the past decade, accumulating evidence suggests the involvement of FGFs in psychiatric disorders [7]. Previous studies have shown that dysregulation of the FGF system in major depression involves FGF receptors and several FGF ligands [8]. Major depression is associated with a significant reduction of FGF transcript levels (including FGF1 and FGF2) and FGF receptors (FGFR2 and FGFR3) in fronto-cortical areas and upregulation of other FGFs (FGF9 and FGF12) in these brain areas compared with control and bipolar patients [14]. FGF21 is detectable in human CSF and a key mediator of the effects of mood-stabilizing agents [10,12,15]. In the present study, we found that CSF FGF19 levels affected SAQ subscale F3 scores, PSQI total scores, and PSQI Component 7 scores independently, and PSQI Component 7 scores mediated the effect of CSF FGF19 levels on BDI scores in normal Chinese males. FGF19 may regulate mood through signaling at FGFR1c, FGFR2c, and FGFR3c.

One limitation of the present study was that we did not recruit females because of the low number of female smokers in China. More samples, especially females, will be needed to confirm our findings. Another issue is that stress due to recent trauma may have some effects on the results. Furthermore, the anticipation of surgery could skew their mood self-ratings. Altogether, our findings provide evidence of the presence of FGF19 in human CSF and the role of FGF19 in mood regulation in humans. Thus, FGF19 may be a target for mood disorders. The role of FGF19 in disease condition should be investigated in future studies. In addition, more public awareness should put on the roles of FGFs in mood regulation in humans.

The authors declare that they have no conflicts of interest (financial or otherwise) related to the data presented in this manuscript. 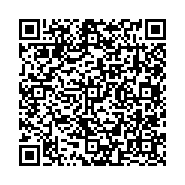