Objective: To study the incidences and characteristics of headaches in children with focal epilepsies.

Results: Six patients with FLE (3.4%), 13 with TLE (6.7%), 13 with PLE (37%), and 14 with OLE (20%) presented with migraines. The incidences of migraine were significantly higher in the OLE and PLE groups than in the FLE and TLE groups (p<.001; odds ratio = 6.51). In children with migraines and PLE or OLE, and with a probable or definite lesional etiology were significantly associated with more-frequent seizures and more antiepilectic drugs (both p<.05) than were those without migraines.

Conclusions: The incidence of migraine was significantly higher in children with PLE and OLE than in those with FLE and TLE. Children with migraines and PLE or OLE, and with a probable or definite lesional etiology were significantly associated with more-frequent seizures and more antiepilectic drugs.

Migraines are common (prevalence: 4-10% [1,2]), especially in children. Migraines can significantly and adversely affect daily life by, for example, decreasing academic performance and increasing social withdrawal [3,4]. The true prevalence of migraines is unknown, but it appears to be about 10% in children 5-15 years old, and 28% in adolescents 15-19 years old [5]. Migraine and epilepsy share several clinical attributes, including pathophysiology and clinical expression. Both are paroxysmal and thus constitute episodic disorders, but either might be chronic or recurrent [2].

The debate regarding a possible pathophysiologic association between migraine and epilepsy continues [2,6-8]. Higher incidences of migraines have been reported in patients with photosensitive epilepsy [9] and partial epilepsy [10,11]. Relatives of these patients complain more often about headaches than do relatives of patients with other types of epilepsy [12]. Headache is associated with seizure occurrence in 34-58% of epileptic patients, and 60% of these patients have periictal headache. Headaches in these patients are temporally related to seizures [2,13]. Epileptic children have a higher prevalence of headaches than does the general population [14-16]. Partial epilepsy, regardless of etiology, is associated with higher rates of migraine in children [11]. Headache can occur in epileptic children around the time of seizure, or might not be associated with seizure. In specific patients, headache is an ictal sign of epilepsy [17].

The International Headache Society (IHS) [18] lists three possible temporal associations between epileptic seizures and headaches: (1) migraine aura-triggered seizure, (2) familial hemiplegic migraine, and (3) postictal headache, which has led to unclear and controversial terminologies [19]. The classification of the International League Against Epilepsy (ILAE) does not refer to such associations. Most studies that have surveyed the relationship between epilepsy and migraine have primarily focused on adult patients with epilepsy. Thus, whether specific pediatric epileptic syndromes are associated with a higher incidence of migraine requires further investigation [11].

The purpose of this study was to investigate the incidences and characteristics of headaches in children with focal epilepsies.

We retrospectively reviewed the records of 865 pediatric patients from the epilepsy databases of the departments of Pediatric Neurology at National Cheng Kung University Hospital and Chung Shan Medical University Hospital. The inclusion criteria were having (1) at least 2 unprovoked seizures, (2) at least 2 electroencephalographic recordings with specific focal epileptic discharges, and (3) at least one of these two conditions: (a) seizure semiologies that matched a specific lobe epilepsy or (b) magnetic resonance or computed tomography images that confirmed specific lobe lesions compatible with clinical seizures. We classified the EEG focus as frontal, temporal, parietal, or occipital. EEGs were recorded using the routine international 10- 20 system, and the EEG focus was determined using referential and bipolar recording, which included longitudinal and transverse montages.

The medical records included 178 cases of frontal lobe epilepsy (FLE), 194 cases of temporal lobe epilepsy (TLE), 69 cases of occipital lobe epilepsy (OLE), and 35 cases of parietal lobe epilepsy (PLE). We classified etiologies as: (1) lesional (symptomatic): with a structural-metabolic cause, (2) probable lesional (cryptogenic): probable lesional epilepsy with an unknown cause, and (3) idiopathic: with an unknown cause, all based on the ILAE classification. Each child with a confirmed diagnosis of epilepsy began monotherapy. A second-line antiepileptic drug (AED) was added for compliant patients when seizures were not controlled by first-line drugs already prescribed at their targeted dose. Seizure frequency was defined as how often seizures occurred after adequate treatment with AEDs. We classified seizure frequency as low (1/year), intermediate (1 every 1-6 months), and high (> 1/month).

The diagnosis of migraine in most children and adolescents can be established through a headache history [20,21]. We classified migraines as definite (meeting International Classification of Headache Disorders, 3rd edition [Beta version] [ICHD-3Beta] [5,18] for children criteria), probable (recurrent headaches with pulsating quality and nausea, vomiting, photophobia, or phonophobia, but not meeting ICHD-3Beta criteria), possible (recurrent headaches with either a pulsating quality or associated with nausea or vomiting), or nonmigraine (recurrent headaches that are not pulsating in character or associated with nausea or vomiting) [11]. Because of the difficulty in understanding headaches in children, we classified definite and probable headaches as migraines. Based on their relationship with epileptic seizures, we classified the headaches as interictal (unrelated to seizures) and periictal (occurring during or after the seizure, or both, and spontaneously remitting within three days) [2,22,23]. Data collected included patient age, sex, age at first seizure, seizure type, neurophysiology, neuroimaging, medical treatment, and outcome.

Data are presented as mean ± standard deviation. Significance was set at p<.05. The differences in the ratios and distributions of the outcomes between groups were assessed using a χ2 test. Fisher’s exact test was used when there were <6 cases. Differences between different groups were analyzed using an independent t test (SPSS 18.0; SPSS Institute, Chicago, IL). If the sample distribution was nonparametric, a Mann- Whitney U test was used.

We identified 52 cases of probable lesional and lesional PLE and OLE and classified them as with migraine (n=12) and without migraine (n=40). groups. In cases with migraine, significantly more AEDs were required (p<.05) and seizures occurred more frequently (p<.05) (Table 4).

Others [24,25] have reported that most patients with epilepsy have headaches. We found that cases with associated migraines had a predilection for OLE and PLE. Second, the initial incidence of FLE with migraines was not significantly different from the reported incidence of migraines in children without epilepsy, which indicated that FLE headaches are not associated with epilepsy. Third, PLE and OLE groups had higher incidences of migraines. Fourth, children with probable lesional or lesional PLE and OLE with migraines required significantly more AEDs and had more frequent seizures. This probably means that they are more difficult to treat. Headache in posterior lobe epilepsy are associated with ictal or non-ictal events; they require additional clarification. Because migraines might not be associated with seizures, cognitive behavior therapy, an evidence-based nonpharmacological treatment, might be an alternative [26].

The pathophysiological mechanism of epilepsy and migraine is still unclear. However, focal epileptic discharges (particularly in the posterior lobes) might activate cortical spreading depression (CSD) and the trigeminovascular system [7,8]. The excitability characteristic supports a persistent visual aura in migraine spectrum disorders and suggests a pathophysiological link to sustained excitatory effects, which might be related to reverberating CSD [27]. Others [17,19,28,29] have reported similar findings of visual cortex involvement. This might help us better understand the mechanism of migraines. We found higher incidences of migraines in the OLE and PLE groups, which is consistent with the findings of other studies. Moreover, a myofascial trigger is probably involved in the migraine. Future studies should investigate trapezius muscle myofascial triggers and migraine in children.

Fifty-two percent of epilepsy patients have headaches [31]: 20% present with interictal migraines and 44% with postictal headaches. Headache lateralization and interictal EEG abnormalities are associated in partial epilepsy, which is consistent with our findings. In a study of 100 patients with partial epilepsy, postictal headache occurred in 51 and most commonly lasted 6-72 hours. Major seizures are more often associated with postictal headache than minor attacks. It is, therefore, probable that seizures provoke headache [31] or that headache is a “subtle” symptom of seizures [8]. This incidence is higher than in our study, possibly because of the differences in epileptic syndromes and the cases studied. We did not include patients with one unprovoked seizure when the risk for another was known to be high. Children might not be able to express the characteristics of headaches, and a possible recall bias should be considered a limitation of our study. Another limitation is that all patients in our cases were treated with AEDs, which might contribute to underestimating the incidence of epilepsy.

The migraine ratio in the children with focal epilepsy ratio was 9.7%. Children in the PLE and OLE groups had higher incidences of migraines than did those in the FLE and TLE groups, and those with migraines and probable lesional or lesional PLE and OLE required significantly more AEDs and had more frequent seizures. Future studies might want to focus on probable links with the visual cortex, migraine, and PLE, and to investigate probable trapezius muscle myofascial triggers for migraine in children.

We thank Yi-Ho Weng and I-Ting Chen for doing the EEGs.

The authors (ICL and YJC) declare that they have no conflicts of interest related to the authorship or publication of this article.

Our study did not include any animal experiments. Ethical approval of the study was provided by Chung Shan Medical University Hospital’s IRB (CS13036). 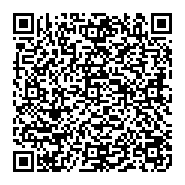