Several studies have reported the potential benefits of transcranial Direct Current Stimulation (tDCS) to improve memory performance in patients with neuropsychiatric disorders. In Alzheimer’s disease (AD), memory profile is characterized by a core deficit in ability to benefit of the cueing. So far, only a few authors showed improvement in recognition memory task after anodal tDCS over different brain regions.

These results suggest that tDCS could be used as a safety adjunctive therapeutic tool in AD. Keywords Alzheimer’s

Alzheimer’s disease (AD) is a neurological disorder characterized by multiple cognitive impairments. Episodic memory is the earliest cognitive deficit in AD [1]. A specific memory profile has been reported in AD and characterized by impairment in cueing recall [2] and production of intrusions [3]. Currently, the available pharmacological treatments are limited and new therapeutic tools are needed. Transcranial Direct Current Stimulation (tDCS) is a simple, low cost and noninvasive therapy that consists in delivering a weak direct current through two sponge electrodes placed over the scalp. The anode increases cortical excitability while the cathode leads to cortical hypoexcitability [4,5]. tDCS has demonstrated efficacy in improving recognition memory performance [6-8] or face-naming association memory [9] in AD (Kim [10]). We therefore aimed to report the effects of this intervention on verbal cued recall performance in an individual with AD.

The patient first received sham tDCS (10 sessions, twice a day, 5 consecutive days) and active tDCS three weeks later (same protocol). The anode was placed over the Left Dorsolateral Prefrontal Cortex (DLPFC) at F3 (10/20 EEG international system) and the cathode to the controlateral orbit (F8). Electrode were 35 cm2 (surface area=5 cm × 7 cm), soaked in a standard saline solution, held in place with broad flexible band and connected to an Eldith DC-Stimulator (The Magstim Company, Whitland, UK) which delivered 2 mA current. This electrode positionning was selected because of the envolvement of prefrontal cortex in episodic memory process and executive functions and to be consistent with the previous randomized controlled trials of tDCS for AD [8]. The duration of stimulation was 30 min, with a ramp-up and-down current lasting 30 s. in active tDCS. In sham condition, the patient received 30 s. ramp-up and-down current with no current during session, which helped in keeping the blind condition and the sham control effect.

The ethics committee of Besançon University Hospital gave its official approval to conduct the protocol and the patient gave informed consent.

A 69-year-old right-handed man with 10 years of education was referred for cognitive complaints. His wife had noticed progressive difficulty in concentrating, and remembering recent events for 3 years. He was diagnosed with a probable AD according to NINCDS-ADRADA [11] and treated with donezepil (10 mg/d up to 3 months). He did not take any psychotropic medications during the trial. A magnetic resonance imaging demonstrated cortical atrophy in parietal region, hippocampal (Scheltens grade III) and minimal leukoaraiosis (Fazekas grade I).

The patient was administrated a standardized neuropsychological battery [12] conducted by a trained neuropsychologist blind to treatment condition. For the memory evaluation, we used a French version [13] of the Free and Cued Selective Reminding Test (FCSRT) [14]. This test provided a total free recall score and a total of total recall score (from 0 to 48), which was the sum of free and cued recall. To evaluate the efficacy of semantic cues, we defined an Index of Sensitivity of Cueing (ISC), which was determined by the score of (free recall - total recall)/(free recall - 48). After a 20- min delay, a delayed recall was proposed to the participants with the same procedure of free and cued recall. For each stimulation condition (active and sham), the patient was assessed one week before the tDCS and one week after the last session.

The patient did not reach criteria for major depressive episode or anxiety disorder, and had no history of alcohol abuse, psychosis or sleep disturbances.

The patient reported only itching under the electrodes during the first session of the tDCS treatment, which indicates that the tDCS intervention was safe and well-tolerated.

This case study reported possible improved recall abilities with cues after 10 sessions of tDCS treatment over the left DLPFC in an AD patient. This result could be explained by the significant decrease of intrusive errors.

Previous studies have so far assessed the immediate effects of anodal tDCS on memory performance in AD. Ferrucci et al. [6] first employed 15 min of anodal tDCS over the bilateral temporoparietal cortex in 10 patients with mild to moderate AD and showed that one session of active tDCS significantly improved response accuracy in a word recognition task. Another study [7] found similar results on recognition memory after one 30-min-session of anodal tDCS targeting the left DLPFC or the left temporal cortex in 10 mild to moderate AD patients. In a successive randomized cross-over study [8] in 15 AD patients was evaluated the effect of 5 sessions of anodal tDCS delivered during 30 min and placed over the temporal cortex. Patients experienced significant improvement during a visual recognition task with persistent effect for at least 4 weeks after treatment. However, to our knowledge, this is the first case report suggested that tDCS could improve cued recall by reducing the number of intrusions in an individual with AD.

Several hypotheses may be advanced to explain these results. First, it is possible that the improvement in cued recall in this case study was due to Practice Effect (PE). However, it may be noted that between Time 1 and Time 2 (sham tDCS condition) and also between Time 2 and Time 3 (the period of time between sham tDCS and active tDCS), memory performances were very similar, demonstrating the absence of PE. In addition, studies have demonstrated that PE is largely absent in patients with AD [15], even at a mild stage for short test-retest intervals [16], suggesting that the memory score improvement at Time 4 might be due to tDCS treatment (Table 1).

Because of impaired recollection process underlain by hippocampal and frontal network, patients with AD would exhibit numerous intrusions by producing the first semantically associated items coming to mind without access to the contextual features of the target item to check information [17]. The left DLPFC is preferentially involved in the encoding process [18] and it may be suggested that tDCS over the left DLPFC might improve cued recall by strengthening the semantic encoding targets words.

However, the mechanisms underlying tDCS effects are not clearly understood but it is known that anodal stimulation applies to motor cortex increases cortical excitability during several minutes even after the cessation of current stimulation [4]. AD is characterized by loss of neurons in different brain areas like frontal cortex, temporoparietal cortex or hippocampus. The main cause is amyloid deposition that induces deficits in synaptic plasticity and alters neural circuit connectivity [19]. Brain Derived Neurotrophic Factor (BDNF) is particularly important in AD pathogenesis because it is a mediator for neuronal survival and synaptic plasticity. It is also involved in cognitive activity such as memory and learning. BDNF induces the secretion of acetylcholine and a lack of BDNF synthesis impairs the Long-Term Potentiation (LTP) in the hippocampus. During the stimulation, tDCS modulates neurotransmission by acting on calcium and sodium channels. The after-effect is provoked by altering the synaptic microenvironment such as N-Methyl-D-Aspartate (NMDA) receptor or voltage-gated calcium channel [20]. Repeated sessions lead to LTP that consists in improved neurotransmission by inducing protein synthesis and enhancing the amount of neurotransmitter released. So, this phenomenon participates to neuroplasticity with the creation of new neural connections or the reinforcement of synapse contacts between cerebral regions [21]. This mechanism was initially described in the hippocampus but can be extend to others brain regions like prefrontal cortex and is particularly involved in memory and learning process. In addition, recent studies using computational models and measures of current densities in brain regions showed that electric field elicited by tDCS was not limited to cortical areas and could modulate deeper structures like hippocampus [22], that is thought to play a central role in the recollection process [23]. Moreover, it has been suggested that tDCS could reduce expression of inflammatory factors causing astrocytes apoptosis in AD [24]. It could also enhance the topological functional organization that is impaired in this disease and might so be helpful in improving memory function [25].

We observed that 10 sessions of tDCS over the left DLPFC could enhance cued recall performances in an AD patient. Though the findings of this case report are not generalizable, they suggest that tDCS could be a potential adjunctive therapeutic tool in AD. Furthermore, future works in a large cohort of AD patients are required to confirm and investigate the factors that could influence the tDCS effects on cortical excitability such as current density, electrode location, duration of stimulation, and individual characteristics.

The authors have no potential conflicts of interest to disclose. 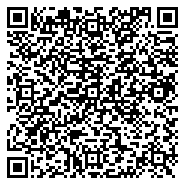