HIV-associated neurocognitive disorders (HAND) are most commonly seen in the late symptomatic stage of HIV disease, i.e., “full-blown” AIDS. The Frascati Conference revision of the American Academy of Neurology criteria recognizes two clinical neurocognitive disorders: mild neurocognitive disorder (MND) and HIV-associated dementia (HAD). For a diagnosis of MND, there must be mild neurocognitive impairment in at least two domains of cognitive performance and, at most, a minor functional impairment in daily living, insufficient severity for a diagnosis of HAD, and no other known etiology for the symptoms. For a diagnosis of HAD, there must be severe cognitive impairment in two or more domains, at least a moderate level of functional status impairment due to the cognitive symptoms, a lack of clouding of consciousness (i.e., delirium), and no support for another etiology accounting for these symptoms. Cognitive deficits are expected to be established by formal neuropsychological testing. However, broad screening tests are frequently used in practice. HAD is an AIDS-defining diagnosis and may be the first symptom of infection in as many as 25% of patients. Both MND and HAD have been reported to have declined in incidence by as much as 50% since the introduction of effective antiretroviral therapy (ART). Yet, the frequency of HAND has remained similar to the eras prior to effective ART due to inclusion of the condition known as “asymptomatic neurocognitive impairment” (ANI) (or “sub-clinical” neurocognitive impairment). ANI occurs when there is significant cognitive decline in two or more domains of neuropsychological performance but no significant decline in functional status. It is estimated that ANI, as opposed to MND and HAD, has not significantly declined in prevalence in the HAART era. In fact, ANI may constitute the substrate for an eventual recrudescence of HAND in the future, should resistance to antiretroviral medications become widespread. Screening tests for HANDS include the HIV Dementia Scale (HDS), the International HIV Dementia Scale (IHDS), and the Montreal Cognitive Assessment (MoCA). The diagnosis of a neurocognitive disorder due to HIV presumes that results of a workup for other disorders are negative. Such a workup should include a CT scan or MRI of the head, a lumbar puncture, a screening for metabolic causes, and a review for psychoneurotoxicity of prescribed medications as well as psychoactive substance use. Regarding treatment, HAD has been East Tennessee State University, USA Neuropsychiatry (London) (2021) 11(11) Short Communication better studied than either MND or ANI. The CSF-penetrating antiretroviral medications have received the greatest attention; yet to date results to support specific agents are limited. Maraviroc and dolutegravir are of current special interest. Neurotransmitter manipulation is also of treatment relevance. Agents that increase dopaminergic transmission, including the psychostimulants and dopaminergic agonists have been supported. Recent evidence also suggests potential efficacy of the serotonin-active agents, although those effects may be mediated by anti-inflammatory effects and neurotrophic effects rather than alterations in serotonergic transmission. 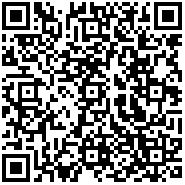