Depression is one of the most prevalent neuropsychiatric disorders which can impair working capability of patients. However, the mechanism underlying the onset of depression remains to be elucidated. Traditionally, people pay much attention to monoamine system, but it was inadequate to understand pathophysiology of depression. Located in the dorsal dienchephalic conduction system, the habenula widely connects to brain regions associated with depression and has great impact on them. Accumulating evidence displays that lateral habenula (LHb) was hyperactive during depression in both clinic and preclinic studies. As a predominant excitatory neurotransmitter, glutamate distributes extensively in habenula, especially LHb. Aversive state can activate habenula, which in turn inhibits monoamine neurotransmitter release and induce depression. Therefore, glutamatergic excitatory neurotransmission in habenula plays a key role in depression etiology. Recent studies revealed that dysfunction of the process of glutamatergic neurotransmission triggered depression. Here, we report the progress of studies and recent findings that glutamatergic dysregulation in LHb contributes to depression, including dysregulation of glutamate level and glutamate transport, GABA/ glutamate ratio and GABAA receptor, and AMPAR, CaMKII as well as NMDAR. This will help us to understand the important role of glutamate in onset of depression and provides knowledge to guide future studies.

The habenula is located above the thalamus and consists of the epithalamus, and it is divided into the lateral habenula (LHb) and the medial habenula (MHb) [1]. The habenula is an important relay station as it has extensive connections with the forebrain and the posterior brain. It receives afferents from the limbic system related to emotion and widely projects to multiple monoaminergic nuclei, which are involved in depression [2]. It has been reported the habenula is activated when the brain in the negative status and previous studies revealed that LHb is hyperactive in depression [3-6] and suppression of LHb by using deep brain stimulation ameliorated depressive symptoms in depressed patients [5,7,8]. Thus, the habenula has a well-documented and close relationship with neuropsychiatric depression (Figure 1).

Figure 1: TAfferent and efferent glutamatergic connections of the lateral habenula (LHb).
The LHb receives inputs from the entopeduncular nucleus (EP), lateral hypothalamus (LH) and ventral tegmental area (VTA). The LHb sends outputs to the raphe nuclei (RN) as well as VTA. Moreover, the LHb projects to rostromedial tegmental nucleus (RMTg), which projects to VTA and substantia nigra pars compacta (SNc), respectively. Purple lines indicate the afferent fibers to the LHb and red lines indicate the efferent connections from the LHb.

After glutamate is released into the synaptic cleft, the glial glutamate transporter GLT-1 of the astrocyte rapidly uptakes the glutamate to minimize overflow [13]. Therefore, GLT- 1 is essential for maintaining normal level of glutamate. Since almost all neurons in the LHb are glutamatergic and the LHb plays a key role in pathophysiology of depression, alteration of GLT-1 in the LHb will contribute to depression. There is evidence that the downregulation of astrocytic GLT-1 results in LHb hyperactivity [13] and knockout of LHb GLT-1 leads to depressive behaviors [14]. A recent study further investigated the role of maladaptation of GLT- 1 in a depressive state induced by alcohol withdrawal and elucidated that GLT-1 in the LHb decreased. This reduction was restored by administering ceftriaxone, which in turn normalized the hyperexcitability of LHb and ameliorated depressive behavior [14].

This indicates GLT-1 could be a promising target to treat psychiatric comorbidity of ethanol withdrawal. Additionally, it will be interesting to know for the future study if there are also other excitatory amino acid transporters involved in the hyperactivity of the LHb in depression.

▪ Dysfunction of GABA/glutamate ratio and GABAA receptor in LHb

GABA is the major inhibitory neurotransmitter in the brain, which decreases neuron activity and avoids neuron overfiring [15]. As the level of GABA and glutamate is important to balance inhibition and excitation of LHb, once the GABA/glutamate ratio loses its balance, depression can occur. Furthermore, as GABAA receptor mediates fast inhibitory response of GABA in LHb, its abnormality also initiates depression [16].

▪ Dysregulation of AMPAR, CaMKII and NMDAR in LHb

Since LHb neurons are almost all glutamatergic [20], GluA1-containing ɑ-amino-3-hydroxy- 5-methyl-4-isoxazolepropionic acid receptors (AMPAR), a subtype of ionotropic glutamate receptors, is largely expressed in glutamatergic synapses in LHb, which can be regulated by Ca2+/calmodulin-dependent protein II (CaMKII) [21]. AMPAR is composed of four subunits (GluA1-4) and the GluA1 subunit is expressed mostly in the LHb [22]. Ca2+/ calmodulin-dependent protein II (CaMKII) is a Ca2+-activated enzyme and its activation heightens glutamatergic synaptic transmission by the phosphorylation of the Ser831 residue of the GluA1 subunit of AMPAR [23] and by promoting AMPAR insertion into synapse [24].

Previous research has identified that the level of βCaMKII in the LHb is enhanced in depressive animal models of learned helpless and chronic mild stress and even artificial overexpression of βCaMKII in the LHb in unstressed animals also induced depressive symptoms by increasing synaptic transmission and electrophysiology activity of LHb neurons, which can be downregulated by antidepressants [6]. This could be due to the reason that elevated βCaMKII strengthens AMPAR synaptic transmission and over activates LHb. In addition, although βCaMKII has properties of both kinase and a structural scaffolding protein at the synapses [25], the kinase function of βCaMKII was required for inducing depression [6].

A recent study identified enhancement of AMPAR and CaMKII activity in LHb in alcohol withdrawal animals from chronic intermittent ethanol consumption with comorbidity of depression [21]. Suppression of AMPAR and CaMKII activity in the LHb improved depressive behavior and alcohol drinking and seeking behaviors. In contrast, activating AMPAR in the LHb triggered depressive behavior even in alcohol naïve animals. These outcomes revealed CaMKII-AMPAR signaling pathway is essential to mitigate the depressive-like behavior concomitant with alcohol withdrawal. Moreover, the very latest study revealed that the N-methyl-d-aspartate receptor (NMDAR) plays an essential role in the onset of depressive disorder [26].

This study demonstrated that overactivation of NMDAR changed the firing pattern of LHb neuron to intensive burst firing, which enhanced LHb activity and initiated depressive behavior [26].

These studies indicate the potential of AMPAR, CaMKII and NMDAR as therapeutic targets, and guide future drug development.

These findings enrich our knowledge of mechanism of depression. However, there are still limitations for current studies. For example, what mechanism induces over release of glutamate, whether other excitatory amino acid transporters participate in the hyperactivity of the LHb and which NMDA receptor subtypes in LHb involve in depressive disorder, which remain to be clarified in future studies. These suggest that additional study in other glutamateassociated mechanisms may be helpful for further understanding depression. Moreover, exploring the approach targeting the glutamate neurotransmission process may be a promising treatment for depression. 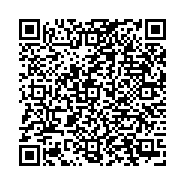