Episodes of genocide involve both a mental and physical element in their evolution. The mental element appears to be rooted in authoritarian parenting and societies that engender fear and anger in children and stifle their capacity for emotional empathy. The repressed emotions find expression when societies produce false narratives to target particular groups. When these false narratives are internalized by citizens, the stage is set for genocidal actions. It is postulated that authoritative parenting coupled with the modeling of caring behaviors inside and outside the family would immunize societies against perpetrating acts of genocide.

• The mental element, meaning the “intent to destroy, in whole or in part, a national, ethnical, racial or religious group as such” and

• The physical element which includes the acts of killing or destruction (Prevent Genocide International, 2015) [1].

It is clear from the definition of genocide that prevention of the mental element would make the violent physical acts unlikely. Moreover, encouraging altruism would further immunize populations against the susceptibility to demonize and attack targeted groups [2]. So, it appears critical to understand the mental element of genocide. With this understanding, as with other disease processes, a course could be plotted to eliminate the scourge of genocide from the future history of the human race.

The “fuel” for violence and genocide is thought to be lodged in repressed fear and anger [3] that develop in children who are exposed to various forms of authoritarian parenting. Such parenting may involve corporal punishment, shaming and/ or manipulation (tangible reward or praise for certain behaviours). The fear and anger that children develop is not acted out against the parents due to the certainty of severe retribution. Thus, these repressed emotions linger for years waiting for an outlet for expression.

There are a multitude of documented examples where children have been abused by caretakers and societies. Often, the purpose of such treatment was to mould characteristics useful to the household or state, both subservience and aggressive behaviour. One need only consider three of contemporary history’s greatest tyrants namely Adolph Hitler, Joseph Stalin and Saddam Hussein. All three have a history of severe physical and psychological abuse. Their history clearly supports the theory that aggression has its root cause in childhood.

The Spartans of ancient Greece and the Sambia of New Guinea are known for moulding their male children, in particular, for a life of violent conflict. In both societies, brutal physical assaults are combined with on-going coercion and intimidation over a period of years to toughen up the eventual fighters. Interestingly, this institutionalized bullying starts at seven years of age in both these societies. The fear and anger produced by these practices can only be expressed at a later time against targets endorsed by the state that maintains control over their actions. This displacement of anger from its source, caretakers and society, onto socially endorsed targets is known as projection.

The stifling of emotional empathy [4] is another important dynamic that facilitates aggressive actions in authoritarian societies. It appears that the almost daily exposure to violent exercises coupled with intimidation and coercion over a period of years produce a focus on selfpreservation and a desensitization to violence. As a result, once a population has been targeted, the perpetrators are prepared to carry out their reprehensible mission without pangs of conscience.

Lloyd de Mause [5] has studied for years the psychological motivations for genocide. His review of the abusive childrearing practices suffered by the eventual perpetrators of the Nazi Holocaust is particularly convincing. With the review of many past violent world events, deMause’s statement that, “Psychohistory’s main discovery is that war and genocide, like homicide and suicide, is a psychopathic disorder that simply does not occur in the absence of early abuse and neglect… “ gains credence. Accepting this psychiatric diagnosis represents a first step for the development and the eventual institution of preventive measures.

The impetus for genocidal behaviour in individuals who have been “prepared” by the aforementioned authoritarian practices is based on the internalization of a variety of possible false narratives. “There are stories that incorrectly depict one group as a victim of another. Other narratives promote the heretical nature of targeted groups. Still other anecdotes, contrived because of desires for dominance, undermine the humanity of those to be victimized [6].” These false storylines are repeated frequently in a planned program of authoritarian indoctrination.

Robert Lifton [7] has outlined eight totalist themes that are used by authoritarian societies to drive home the central message to their subjects. First, there is “milieu control” that prevents communication with the outside world. This isolation can result in a perception of reality that is at odds with concepts of morality and proper behaviour outside the totalist environment.

Second, there is “mystical manipulation” that refers to evoking certain patterns of behaviour, so that they eventually seem to be spontaneous. Often, this is accomplished by repeating certain expectations followed by rewarding compliance and punishing deviance. Third, there is the “demand for purity” which refers to alternate points of view being eliminated, so that they do not contaminate the minds of group members. Fourth, there is “the cult of confession” that refers to the demand for confession to minimize individual privacy. Fifth, there is “sacred science” where the society’s dogmas are viewed as both morally unchallengeable and scientifically exact. This practice has the function of increasing the apparent authority of the dogmas. Sixth, there is “loading of the language” that has the function of compressing complex ideas into brief definitive-sounding phrases or “thoughtterminating clichés.” Seventh, there is “the primacy of doctrine over person” where the idea is transmitted that dogma is more real and true than anything thought of or experienced by group members. Lastly, there is “the dispensing of existence” where the society declares the right to control the quality of life and the eventual fate of both group and non-group members.

In adults who have a previous mind-set, efforts to achieve “brainwashing” using the eight totalist themes have had variable success, over the long run [8]. On the other hand, individuals not hindered by a previous mind-set are much more susceptible to indoctrination that is carried out using the methods described in the totalist themes. Clearly then, in societies where indoctrination begins in childhood, intolerant attitudes are more likely to be established, maintained and be very difficult to alter.

So, it seems that there is a sequence of events that is common to societies that produce persons capable of genocidal action. The process begins with abuse in early childhood that produces repressed fear and anger. Subsequently, there is exposure to false storylines that are accepted as truth through a process of indoctrination. With the stifling of emotional empathy, there is little hesitation to act on the false narratives that have been internalized. The stage is then set for atrocities by perpetrators whose actions are now somewhat more understandable, albeit no less reprehensible. We might term this sequence “Culturally Induced Psychopathy.”

Now that the sequence of occurrences that can result in potential genocidal actions is understood, it is possible to present a plan for “never again.” As Robin Grille [9] has stated, “The human brain and heart that are met primarily with empathy in the critical early years cannot and will not grow to choose a violent or selfish life.” Thus, the parent or caretaker is vital to the infant’s initial healthy development.

The term interpersonal attunement refers to one on one communication between parent or caretaker and infant. This sharing of emotions and the ongoing responsiveness to the needs of the infant evolve over time into a mutually trusting relationship. Rather than the harsh upbringing characterized by authoritarian parenting, a different approach is undertaken with authoritative parenting. Behaviour modification is approached through discussion of actions and implications of the behaviour on the child and those impacted by the child’s behaviour. The mutual trust can also be helpful in modeling caring behaviours inside and outside the family. Once the mind-set is established that helping others is the desired approach, then violence, other than for self-defence in life threatening situations, becomes unlikely.

Importantly, the trust between primary caretaker and child can be used to facilitate the internalization of virtues by the child. This “programming”, intrapersonal attunement or mindfulness, as it has been variably termed, is not accomplished through fear and anger. Rather, the mutually supportive relationship that results in positive feelings of security, trust and happiness can be used as a basis for teaching the virtues and avoiding vices. With the learning of concepts such as respect for individual differences, honesty, kindness and reverence for the value of human life among others, it becomes less likely that participation in harmful activities directed against others would be entertained. Additionally, internalization of virtuous concepts and behaviours inside and outside the family should facilitate scepticism of false narratives that target out-groups.

Hence, there is an understanding of the processes leading to the development of genocidal tendencies in societies and an antidote to preventing these tendencies. Accepting that the desired goal is prevention, how should this is accomplished? The Convention on the Rights of the Child (CRC) adopted by the United Nations in 1990 [10], could provide a vehicle to pursue this goal. The CRC has been ratified by almost every member nation. An oversight committee is in place to review progress in every member state in furthering the healthy development of children. Promoting authoritative parenting and teaching virtues could be supervised by the oversight committee. Should this process be seriously undertaken, positive results may be anticipated in the generations to come. Other agencies of various countries and international groups might also work to accomplish the desired goals.

In summary, there is a need to eliminate the problematic practices of societies that promote genocidal tendencies in their members. To further ensure an orientation to non-violence, inculcating virtuous behaviours leading to benevolence is vital. Clearly, such efforts have the potential for achieving the desired goal of “never again.” 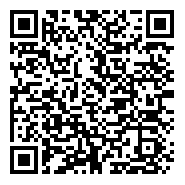