Alzheimer’s disease (AD) and anxiety are two concurrent disorders often co-existing in older adults. Interestingly, women are more likely to experience anxiety than men in both general population and AD. To date, the mechanisms underlying the gender differences in the pathogenesis of AD and anxiety disorder are still not clear. Previously, we have found that the deletion of vacuolar protein sorting 10 protein (VPS10P)-domain containing receptor/sortilin
(encoded by Sort1 gene) increases anxiety-like behavior but does not affect cognition in both sexes of 3-month-old mice in an open field test and an elevated plus maze test; and females tended to show a more severe anxious phenotype. In this study, in order to examine the role of sortilin in the gender-dependent anxiety-like behavior with age under normal condition or physical illness like AD, we recruited both sexes of 9-month-old WT, Sort1-/-, APP/PS1 (mouse
model of AD), and Sort1-/-APP/PS1 mice to perform the open field test and Morris water maze test. Our data showed that aged female but not male mice deficient in Sort1 with or without the transgenes of APP and PS1 displayed a significant increase in anxiety-like behavior as shown by decreased percentage of time in central zone in the open field test. Our data also showed that only female APP/PS1 or Sort1-/-APP/PS1 mice showed hyperactivities and anxiety-like behavior. Sort1 deficiency did not affect cognitive behavior in both sexes of aged wild type or transgenic AD mice. The present study found a gender-specific role of sortilin in regulation of anxiety-like behaviors in aged mice, which could be a potential mechanism involved in gender differences of anxiety disorders.

Alzheimer’s disease (AD) is the most common form of dementia, which is characterized by a number of hallmarks such as amyloid plaque (by abnormal accumulation of beta-amyloid peptide), neurofibrillary tangle (by abnormal accumulation of tau protein), brain atrophy and cognitive decline [1,2]. Patients diagnosed with AD often also show a variety of neuropsychiatric behaviors such as depression and anxiety [3].

The study of depression in connecting with AD has long been conducted, whereas the understanding of the relationship between anxiety and AD is still limited. Anxiety is an unpleasant emotion accompanied with nervous behavior [4]. It is commonly seen in the elderly people and significantly reduces the quality of their life [5]. Up to 70 per cent of AD patients are diagnosed with anxiety disorders [6]; and people with anxiety disorders are more susceptible to develop AD when they get old [7]. Anxiety and AD are concurrent disorders and each one may facilitate the development of another. To date, the molecular mechanism of anxiety in AD is poorly understood. In addition, gender difference in the onset of both AD and anxiety disorder has long been uncovered. Women are more vulnerable to develop AD [8] or anxiety [9] than men, which is most likely due to the involvement of female hormones (i.e. estrogen and progesterone) in the pathogenesis of these two diseases [10,11]. Still, the molecular mechanism of such gender differences in both AD and anxiety disorder is not well known.

Vacuolar protein sorting 10 protein (VPS10P)- domain containing receptors (include sortilin, SorLA and SorCS1/2/3), which are important for intracellular transport and cell signalling [12], have been implicated in regulation of AD [13-15] and mood disorders (such as anxiety and bipolar disorder) [16-21]. Sortilin (encoded by the Sort1 gene) is a 100-kDa type I membrane glycoprotein which is highly expressed in the brain [22]. It is the first receptor identified from the VPS10P family. As a sorting receptor, sortilin modulates the regulated secretion of brain-derived neurotropic factor (BDNF) which has been implicated with important role in anxiety disorder [23-25]. In addition, sortilin also acts as a receptor in signal transduction. It mediates the apoptotic effect of BDNF precursor (proBDNF) by forming a receptor complex with neurotrophin receptor p75 [26]. Moreover, it is also an important receptor to modulate the signalling pathway of neurotensin (Mazella, 2001) [27], which has been well-defined with a role in anxiety disorder [28,29]. Our previous study has shown that Sort1 deficiency results in normal cognitive performance but increased anxiety-like behavior in both sexes of young mice (3 months old); interestingly, our data also suggest that young female mice deficient in Sort1 are more prone to be anxious than males [21]. Given that females are more susceptible to experience anxiety and that anxiety disorders coexist with AD, we propose that Sort1 deficiency may cause more severe anxiety in aged female mice than male mice with or without the transgenes of APP/PS1. In this study, we tested the hypothesis by performing an open field test in 4 types of mice. We have also assessed the cognitive function in these mice by using the Morris water maze test.

To perform this study, wild-type (WT), Sort1 knockout (Sort1-/-; Dr. Morales’s Laboratory, McGill University, Canada), APPswe/PS1dE9 (APP/PS1; Jackson Laboratory) and Sort1-/-APP/ PS1 (generated by Sort1-/- × APP/PS1 crossing) mice (n = 6 each sex and each strain; all animals were C57BL/6 background) were generated at the same time and maintained in 12-h light/12-h dark cycles with free access to food and water in the Reid Animal Facility of University of South Australia.

At the age of 9 months old, all animals were subjected to an open field test followed by the Morris water maze test. The open field test was performed as previously described [21]. Animals were brought into an open arena (40 cm long × 40 cm wide × 40 cm high), and allowed to move freely for 5-min while being recorded with a digital camera linked to the ANY-maze software (Stoelting, USA). Traveling distance and percentage of mobility were considered as locomotor activities, and percentage of time in the central zone (central 24 cm × 24 cm area) was considered as anxiety-like behaviour. The Morris water maze test was performed as previously described [21]. Firstly, all animals were introduced to the water maze for acclimatization by allowing them to freely swim for 120 sec. On the second day, a platform was placed in one of the four divided quadrants (target quadrant) at 0.5 cm level above the water surface. Each animal entered the water maze and was given a maximum 60 sec to find the platform with three trials (visible platform training). On the following days, the platform was hidden below the water surface (at 0.5 cm level), and the same approaches in visible platform training were applied every day (hidden platform training). The hidden platform training stopped when the WT mice showed a “well-trained” skill to find the platform within 15 sec. On the last day, the platform was removed and each animal was subjected to a 60-sec probe test. Escape latency to the platform and percentage of time spent in the target quadrant were recorded by ANY-maze software. All data are presented as mean ± SEM and analysed by IBM SPSS Statistics 21. One-way repeated measures ANOVA and two-way ANOVA were used for group comparisons. p<0.05 was considered statistically significant. Figure 2: Sort1 deficiency did not affect the spatial cognitive behaviors in both males and females of aged WT or APP/PS1 mice. A-F, the latencies to platform (A, male; C, female), the traveling distances (B, male; D, female) or the percentages of time spent in target zoon (E, male; F, female) in Morris water maze test were compared among WT, Sort1-/-, APP/PS1 and Sort1-/-APP/PS1 mice. n = 6 mice for each sex of each genotype. Vis, visible platform; Hidden, hidden platform. All data are presented as mean ± SEM, and statistical analyses were performed by two-way ANOVA (E, F) and one-way repeated measures ANOVA (A-D).

The study first showed that the 9-month-old female but not male mice deficient in Sort1 had anxiety-like behaviors. As we previously have discussed [21], the most likely mechanism under ‘Sort1-deficiency induced anxiety-like behavior’ is probably due to Sort1 deficiency-induced dysfunctional regulation of proBDNF [23] or neurotensin [27] which contributes to the pathogenesis of anxiety disorders [24,28]. In regard to the gender-dependent anxiety caused by Sort1 deficiency in aged mice in the open field test, this is consistent with our previous results which showed that young female mice deficient in Sort1 tended to be more anxious than males in both the open field test and elevate plus maze test [21]. The results suggest that deletion of sortilin may alter the metabolism of female hormones (estrogen and progesterone) or their receptors. Given that sortilin is a ‘broad-spectrum’ intracellular sorting receptor, it is likely that lack of sortilin may affect the secretion of the anxiolytic female hormones [30,31] or their uptakes or their cellular transport; and lower level or deregulated locations of these hormones result in the development of anxiety-like behavior. Another possibility is due to the interaction of estrogen (or progesterone) and BDNF (or neurotensin) [32-36]. The deregulated BDNF (or neurotensin) system, which is caused by lack of sortilin, may in turn affect the stabilization of these female hormones. The study also showed that 9-month-old female but not male mice deficient in Sort1 showed anxietylike behavior under Alzheimer’s condition, which is consistent with the above findings in normal aging. In addition, a significant effect of interaction between Sort1 deficiency and AD transgenes suggests that Sort1 deficiency worsens the anxiety-like symptoms in the mouse model of AD. It is known that the prevalence of anxiety disorders declines in patients with age [37], which is likely to occur due to increased capability in coping with negative life impact due to social skills gradually developed over time [38]. Although we did not observe a significant decrease in the anxiety-like behavior in 9-month-old (this study) vs 3-month-old (Ruan et al., previous study [21] WT mice of both males (t(11)=1.08, p=0.30) and females (t(11)=0.84, p=0.42), we observed male but not female Sort1-/- mice showed a significant decline in this behavior (males: t(11)=4.48, p<0.001; females: t(11)=- 1.21, p=0.25; Student t-test), which further confirms the female-specific role of sortilin in the regulation of anxiety-like behaviors. Furthermore, the present study did not show anxiety-like behavior in the aged male APP/PS1 mice in open field test, which is consistent with the studies conducted in 9-month-old [39] or 12-month-old [40] male APP/PS1 mice without showing anxiety-like behavior in both open field test and elevated plus maze test. However, the present study showed hyperactivities and anxietylike behavior in the aged female APP/PS1 mice in open field test. Two other studies which were conducted in 9-month-old or 18-month-old [41] APP/PS1 mice also showed anxiety-like behavior in elevated plus or zero maze test; however, in these studies the mice gender was not specified [42] or female mice included together with male mice [42]. Thus, further studies are required to confirm the increased anxiety-like behaviors in the aged female APP/PS1 mice. Our study also showed that both male and female of 9-monthold mice deficient in Sort1 showed normal cognitive skills in normal aging or Alzheimer’s condition. These findings are consistent with our previous data showing no cognitive deficit in 3-month-old mice with Sort1 deficiency [21]. Why there was no cognitive decline in 9-month-old APP/PS1 mice and Sort1-/-APP/ PS1 mice is not known, but it is most likely because these mice were not very old. The finding is consistent with studies conducted in 9-month-old APP/PS1 mice with both normal learning and memory behaviors [42], and 12-month-old APP/PS1 mice with normal memory behavior [40].

To conclude, the present study shows a gender difference in the development of anxiety disorders due to genetic modifications. Although this study has a limitation as we did not perform other behavioral assessments such as elevated plus/zero maze test, the anxiety-like behavior detected in the open field test in this study is consistent with the behavior in elevated plus maze test as described in our previous study [21]. In addition, open field test has been well examined as a robust paradigm to assess anxiolytics [43]. We will continue to investigate the underlying mechanism involved in the gender-specific regulation of sortilin in anxiety-like behavior in our future studies.

This work was supported by grants from National Health and Medical Research Council (APP1021408, APP1020567) and University of South Australia (UniSA) to XFZ, and UniSA President’s Scholarship to CSR. All procedures were approved by the South Australia Pathology Animal Ethics Committee and Animal Ethics Committee of UniSA under the guidelines of the National Health and Medical Research Council of Australia. 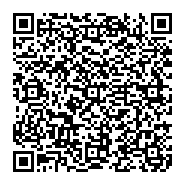