Facial Arteriovenous Malformation with Pulsatile Tinnitus: A Potentially Curable Cause of Chronic Insomnia

Sleep disturbance affects most of the general population at some stage of their life; it is common in adults and is particularly prevalent among the elderly. Insomnia is a disorder defined by the inability to fall or stay asleep, and many environmental, psychological or medical factors can lead to this troublesome condition. Chronic insomnia is characterized by the occurrence of symptoms at least 3 times a week, for more than 6 months.

Sleep disturbance affects most of the general population at some stage of their life; it is common in adults and is particularly prevalent among the elderly. Insomnia is a disorder defined by the inability to fall or stay asleep, and many environmental, psychological or medical factors can lead to this troublesome condition. Chronic insomnia is characterized by the occurrence of symptoms at least 3 times a week, for more than 6 months [1]. There is a certain percentage of comorbidity between chronic insomnia and other medical or psychiatric disorders in the literature. A cross-sectional survey of 4705 respondents with tinnitus showed sleep problems reinforce tinnitus-related distress and vice versa [2]. The authors postulated that the mechanism of hyperarousal caused by hyperactivity and enhanced activation of the sympathetic nervous system related to both psychological and physiological tension may play a role in promoting distressing tinnitus and chronic insomnia. A German cohort study analyzed 173 patients suffering from chronic tinnitus in 2015 and found that tinnitus patients differed from healthy individuals not only in terms of compromised sleep quality but also in insomniaspecific worries and anxiety [3]. The results showed that tinnitus-related emotional distress and somatic complaints correlated with the severity of insomnia, which in turn indicated that insomnia severity seems to be related to tinnitusrelated distress. The researchers concluded that chronic tinnitus patients have more sleep-related difficulties and associated fears about sleep or negative emotions than healthy controls. The 2 studies mentioned above revealed that insomnia among patients with tinnitus is a complex stress arousal state, and that victims will be stuck in a vicious cycle of sleeplessness and sentience of tinnitus.

In addition to chronic insomnia, some published studies with different research methods disclosed scientific evidence of the associations between tinnitus and psychiatric disorders [4-8]. A certain prevalence of numerous comorbid psychiatric disorders have been reported in individuals seeking medical help for tinnitus. Among them are anxiety, depression, somatoform disorders, post-traumatic stress disorder, psychosis, and obsessive-compulsive disorder [7]. In 2014, a systematic review including 16 selected articles demonstrated the occurrence of psychiatric disorders is high in tinnitus patients, especially anxiety and depression. These disorders correlate with tinnitus-related annoyance and severity [5]. A recent survey of 962 adults indicated that about one-third of adolescents experience tinnitus possibly in connection with psycho-emotional factors. In particular, anxiety and depression may be the important factors in managing tinnitus in adolescents [8]. Therefore, clinicians should conduct individualized treatment plans specifically for these patients with comorbid psychiatric disorders.

In 2009, we described a 60-year-old male who presented to a local clinic with sleep disturbance for 3 years and gradually increasing symptoms of annoying sounds in the right ear at night for 1 year, with a tentative diagnosis of primary insomnia associated with anxiety and depressive mood [9]. After a period of taking medications such as sleeping pills and antidepressants, the patient visited a neurologist for a second opinion, and audible bruits were detected at the right mastoid, pre-auricular region. He was then referred to a medical center under the impression of pulsatile tinnitus for further advanced exams. A 3cm arteriovenous malformation (AVM) of the superficial temporal artery (STA) in the right parotid region was detected by magnetic resonance angiography. The lesion was finally diagnosed by cerebral angiography, and therapeutic embolization yielded successful total obliteration of the AVM in a single session, without any complications. The clinical followup performed every 3 months for 2 years posttreatment in the hospital and a telephone interview conducted with the patient 3 months ago all showed no significant recurrence of the symptoms, including insomnia and pulsatile tinnitus. This case revealed that endovascular embolization is a safe and effective treatment modality for handling this rare disease, with favorable control of the functional outcome for nearly 8 years.

Tinnitus is the perception of audible sounds in the absence of relevant external stimuli, and has a prevalence ranging from 10% to 15%. Tinnitus can be described as “a phantom sound” or “ringing in the ear” by the patient, and can be divided into non-pulsatile and pulsatile categories [10]. Tinnitus can originate from pathological alterations along the entire auditory pathway. The majority of tinnitus cases are the non-pulsatile type, and the causes may be otoneurological pathology in the ear or inside the brain. The Tinnitus Research Initiative proposed a well-established and practical algorithm on how to approach patients with tinnitus, from the initial diagnostic workup to exhaustive therapeutic treatment options [11]. The British Tinnitus Association suggested firm red flag signs that a patient with tinnitus should be referred onward, including pulsatile tinnitus, unilateral tinnitus, tinnitus in association with significant vertigo or asymmetric hearing loss, tinnitus causing psychological distress, and tinnitus in association with significant neurological symptoms [12]. Though neurologically intact, our previously reported patient definitely deserved further investigation due to multiple red flag signs involving unilateral, pulsatile tinnitus with chronic insomnia causing psychological distress. Unlike subjective or nonpulsatile tinnitus, pulsatile tinnitus synchronized with the rhythm of the heartbeat is a very unique and interesting symptom reflecting a possible underlying or hidden pathology. The mechanism of this pulsatile phenomenon is often classified as being of vasculogenic origin, coming from a corresponding vascular structure with poor blood circulation or restricted flow of blood in the head and neck region [13]. Diagnosis and treatment of the underlying causes of pulsatile tinnitus are often achievable. A series of diagnostic imaging modalities such as Doppler ultrasound, computed tomography, magnetic resonance imaging/angiography or cerebral angiography can all be applied to patients with pulsatile tinnitus based on clinical history and physical exams. Possible disease etiologies of pulsatile tinnitus include AVM, atherosclerosis, carotid-cavernous fistulas, benign intracranial hypertension, glomus tumor etc [13]. Thus, physicians should be aware that more than half of patients with pulsatile tinnitus also have an identifiable cause that may be the sole symptom of a potentially hazardous condition.

AVMs are lesions related to errors of vascular morphogenesis causing an abnormal shunting structure between arteries and veins without capillary connections. Clinical manifestations of AVM are associated with abnormal turbulent blood flow and regional mass effect. The Schobinger classification system is frequently utilized as a clinical assessment of the severity of AVM and as a predictor of treatment outcome [14]. The categorized clinical staging is as follows: Stage I (quiescence): warm, pink-blue stain; stage II (expansion): enlargement, pulsatile, bruit, thrill; stage III (destruction): ulceration, bleeding, pain, necrosis; stage IV (decompensation): heart failure. Unlike intracranial AVM, facial AVM of STA with pulsatile tinnitus causing chronic insomnia is a distinct disease entity with unique symptoms and a rare anatomic location. Only scattered similar case reports regarding facial AVMs could be retrieved from digital medical archives, including PubMed and Google Scholar, since our previous publication in 2009.

Facial AVM consists of the following anatomic sites, including the cheek, ear, nose, and forehead in the order of frequency. Kim [15] reported a case of AVM in the pretragal region, which was successfully removed by complete excision after preoperative selective embolization. He concluded that combined super-selective and particle embolization is a useful method to decrease blood flow in the pretragal AVM. Woo et al. [16] encountered an external ear AVM in a 20-year-old male presenting as pulsatile tinnitus for 7 years. The AVM was successfully treated by complete excision after preoperative selective embolization. Li et al. [17] conducted a review of 82 cases of vasculogenic pulsatile tinnitus treated using a transvascular interventional approach via either the femoral artery or femoral vein between January 2003 and January 2013. Balloons, coils, NBCA glue and stents were selected in various combinations for embolization of the underlying vascular abnormalities. Most of the patients were symptom-free without procedurerelated complications during a 36-month follow-up; only 4 cases of arterial tinnitus recurred within 3 months following the initial procedure, and the symptoms improved after revision embolization. The authors concluded endovascular intervention is relatively simple and minimally invasive, which can provide a new approach to the diagnosis and treatment of intractable pulsatile tinnitus. Fortunately, our reported patient has had a favorable outcome and long-term functional control till now [9]. The reasons for this are that the lesion had only one feeding artery from the STA without significant collateral vasculature, and we intervened early via endovascular embolization in Schobinger stage II to avoid further progression to an uncontrollable advanced stage. Managing facial AVMs is always challenging due to the variety of sizes, anatomic locations, and involvement of surrounding structures. Multidisciplinary therapeutic approaches should be considered by surgeons and radiologists in terms of when and how to perform embolization, surgical excision or a combination of both.

When encountering patients with chronic insomnia and other accompanying symptoms such as pulsatile tinnitus, primary care clinicians should go back to basics, and conduct a detailed history-taking and physical exams including auscultation with a stethoscope at the head and facial region. It is imperative for doctors to keep a vigilant eye on how to recognize a patient with pulsatile tinnitus and arrange an early referral to other subspecialties for multidisciplinary teamwork to manage the underlying identifiable and treatable causes.

Tinnitus-related emotional distress and somatic complaints correlate with the severity of insomnia. Pulsatile tinnitus is a unique symptom reflecting underlying treatable or even potentially curable pathologies, including facial AVM. All clinicians need to be familiar with the red flags of tinnitus and the importance of recognition and early referral of patients with pulsatile tinnitus. Managing facial AVMs is always challenging and multidisciplinary therapeutic approaches including endovascular embolization, surgical excision or a combination of both should be considered.

The authors declare no conflicts of interest. 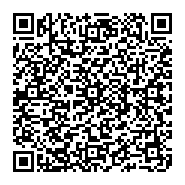