Depression is a common co-morbidity in patients with heart failure. Eye movement desensitization and reprocessing (EMDR) has been identified as an effective intervention for severe psychological distress.

The purpose of this study was to examine the effect of an EMDR intervention on depressive symptoms, health-related quality of life, and heart rate variability (HRV) in patients with heart failure.

For this longitudinal experimental study, 57 consecutive patients were randomly assigned to an experimental (n = 25, EMDR intervention) or control (n = 32, routine care) group through blocked randomization. Data were collected at four times (pre-intervention, postintervention, and one-month and three-month follow-up) and analyzed with the generalized estimating equation approach.

The EMDR intervention may improve depressive symptoms, health-related quality of life, and HRV in patients with heart failure. The improvements can be maintained three months later.

Heart failure, a complicated clinical syndrome caused by cardiac dysfunction, is a worldwide public health issue. More than 5.8 million people are living with heart failure, and over 550,000 new cases are diagnosed each year in the United States [1]. In Japan, it is estimated that 1.0 million people have heart failure and the prevalence of outpatients with left ventricular (LV) dysfunction will be 1.3 million by 2030. In China’s estimation, there are 500,000 new cases of heart failure diagnosed every year [2]. Although there is a trend in decreased heart failure related mortality, approximately one million heart failure-related hospitalizations occur and the rate of readmission is rising [1].

Eye movement desensitization and reprocessing (EMDR) is a form of integrative psychotherapy developed by Francine Shapiro. The hypothesis for EMDR is that eye movements in a rhythmic left-right pattern result in bilateral stimulation [23]. The bilateral stimulation has been found in several studies to assist with information processing by changing the nature of memories and decreasing their associated distress [24].

EMDR has been shown to be an effective intervention for patients with anxiety disorder, posttraumatic-stress disorder (PTSD), and depression [25-29]. A meta-analysis of 26 randomized controlled trials revealed that the EMDR treatments significantly decreased the symptoms of PTSD, depression, anxiety, and subjective distress [30]. Two studies also identified the effectiveness of EMDR on reducing the symptoms of depression in adolescent [31] and patients with myocardial infarction [32]. EMDR can also have psychosomatic effects; one study found that EMDR intervention significantly increased rMSSD [33], and another showed EMDR decreased the ratio between the low and high frequency components of heart rate power spectrum (LF/HF) [34], both of which indicate an increase in parasympathetic tone.

A longitudinal experimental design study examined the effectiveness of EMDR on reducing depressive symptoms, and improving QoL and HRV in patients with heart failure. Randomized block design determined assignment of participants to either an experimental group (EMDR intervention, IG) or a control group (routine care, CG). A randomization list in which the details of patients remained unknown to investigators was prepared. The participants were block randomized in blocks of four. Data were collected by the blinded evaluator at four time points for both groups: before random assignment (pre-intervention), 4 weeks after completion of the intervention (postintervention), one-month follow-up, and threemonth follow-up. The patients were instructed to conceal their treatment allocation from the evaluator. The investigator also provided the evaluator with a training about how to use the measurements to collect data and instructing that the evaluator should not identify patient’s treatment allocation. The study was conducted from August 2013 to December 2014.

The study conformed to the principles outlined in the Declaration of Helsinki and was approved by the Institutional Review Board of the participating hospital. Patients were recruited from the outpatient clinic of a universityaffiliated medical center in northern Taiwan. The inclusion criteria were: (1) age greater than 18, (2) diagnosed with heart failure, (3) without other life-threatening medical illnesses, cognitive impairment, or major psychiatric disorders, (4) not currently taking antidepressants, which may lower HRV, (5) capable of reading and understanding Chinese or Taiwanese, and (6) willing to participate in this study. The researchers explained the study purpose and procedure to the patients. The participants were enrolled in the study after providing written informed consent. The IG received EMDR intervention for 4 weeks. The CG received their usual care. The power for this study was calculated as 0.82, with medium effect size, an alpha level of .05, and sample size of 57.

The Chinese version of the Beck Depression Inventory-II (BDI-II) was used to measure depressive symptoms. It is a 21-item selfadministered scale, which assesses affective, cognitive, and somatic symptoms of depression. Items are scored from 0 (not severe) to 3 (very severe). Higher scores indicate greater severity of depression. The scale has applicable construct validity and internal consistency reliability, with Cronbach’s alpha from 0.86 to 0.88 for psychiatric patients and 0.81for non-psychiatric patients [36]. The Chinese version of the BDI-II had an acceptable Cronbach’s alpha of 0.95 for Taiwanese heart failure patients [37].

We used the Chinese version of the Minnesota Living with Heart Failure Questionnaire (MLHFQ) to examine health-related QoL. MLHFQ is a self-rated disease-specific QoL instrument, which assesses patients’ perceptions of the impact of heart failure on their biopsycho- social domains of life. The questionnaire is comprised of 21 items scored from 0 to 5. The higher score indicates a poorer QoL [38]. The Chinese version MLHFQ had adequate validity and reliability for Taiwanese heart failure patients [37,39].

A CheckMyHeart device (DailyCare BioMedical, Chungli, Taiwan) was used to measure HRV. CheckMyHeart is a handheld limb-lead electrocardiogram recorder with HRV analytical software, which is CE (CONFORMITE EUROPEENNE) certified, and is not disrupted by electromagnetic interference. We instructed the participants to sit quietly to assure the quality of the recordings. We fixed the sensor on the radial area of participant’s forearm and recorded HRV for 5 minutes. The CheckMyHeart device has been used to measure HRV in previous studies [42-45].

The process of EMDR began with the participants discussing their specific problem in a general way. Participants were instructed to imagine their most unpleasant experience of heart failure and form a mental picture of the event to create a meaningful target for desensitization. Positive beliefs and negative emotions were also identified. Then the participants focused on the images and thoughts, while simultaneously performing EMDR processing with bilateral stimulation, which involved moving their eyes alternately from side to side while following a moving object.

Data were analyzed with the Statistical Package for the Social Science (SPSS 20.0). Descriptive statistics (mean, standard deviation, frequency, and percentage) analyzed sample characteristics and outcome measures. Independent t-test and one-way ANOVA were conducted to examine the homogeneity of characteristics between the IG and CG. Generalized estimating equation (GEE) was used to examine the effects of EMDR on improving depressive symptoms, healthrelated QoL, and HRV. The significance (alpha) level was set at p < .05 with two-tailed analysis. Figure 1: Enrolment and randomization of patients. Figure 2: Changes in the scores of Beck depression Inventory-II (BDI-II) at four times.

GEE analysis indicated health-related QoL significantly improved in the IG compared with CG. Mean scores of the MLHFQ were significantly decreased more in IG than in CG at post-intervention (χ2= 7.40, p= .007), onemonth follow-up (χ2= 7.96, p= .005), and threemonth follow-up (χ2= 4.01, p= .04) (Table 3 and Figure 3). These findings revealed that the participants in the EMDR IG perceived less impact of heart failure on their bio-psycho-social domains of life and had better health-related QoL than the participants in CG.

Figure 3: Changes in the scores of Minnesota Living with Heart failure Questionnaire (MLHFQ) at four times. 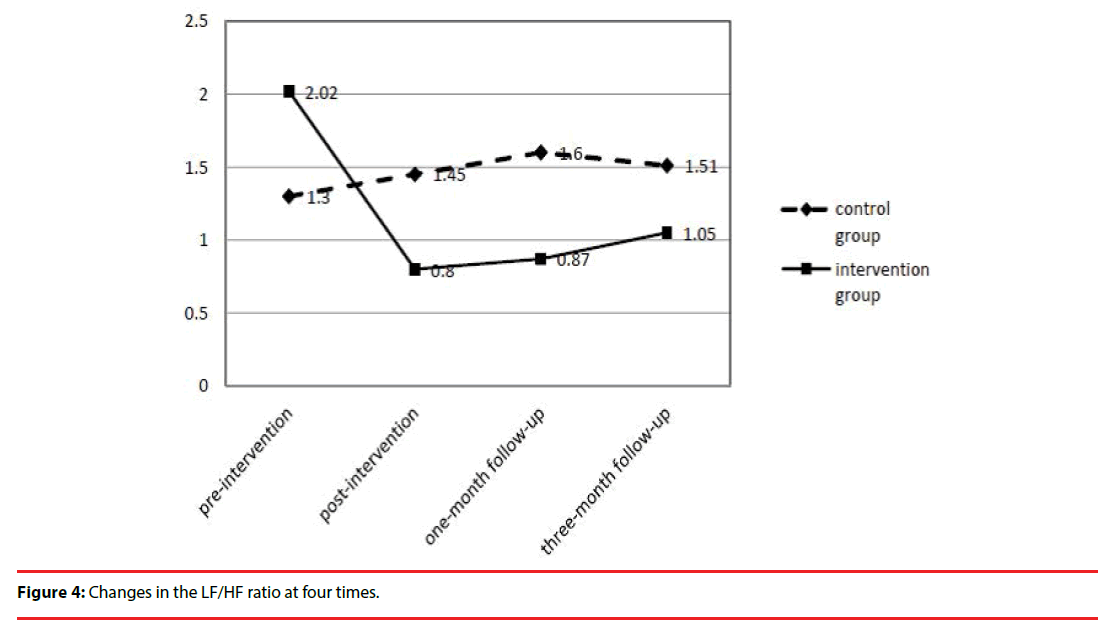 Figure 4: Changes in the LF/HF ratio at four times.

The primary findings of this study indicate that the EMDR intervention significantly improved heart failure patients’ depressive symptoms, health-related QoL, and HRV after four weeks of intervention. The effects were also sustained at 1-month and 3-month follow-up.

The results suggest that an EMDR intervention has clinical benefits on decreasing depressive symptoms in patients with heart failure. The findings are consistent with the results of previous studies [26-32], which also recognized the effectiveness of EMDR on reducing depressive symptoms. Moreover, we found that the effects of EMDR on depressive symptoms were sustained at one month and three months after completion of the intervention. Several patients in our study expressed that after receiving EMDR they felt more peaceful and had better sleep quality. When they reflected on their health conditions, they had more positive and optimistic thoughts.

The findings of this study revealed that patients receiving EMDR perceived less impact of heart failure on their bio-psycho-social spheres of life. Although there are no studies examining the effect of EMDR on QoL, several studies have identified the effectiveness of EMDR on improvement of the psychological well-being, particularly on PTSD [30], depression [26-32], and anxiety [25-27,30]. Previous studies also found that depression was a major factor negatively influencing QoL for heart failure patients [15-17]. Patients receiving EMDR in this study had a significant decrease in depressive symptoms and reported a reduction in distress from their heart failure conditions. Therefore, the patients perhaps had positive cognitive selfappraisals and experienced their life becoming better as a result.

We also found that EMDR positively influenced HRV. Participants receiving EMDR had a significant increase in HF, and a decrease in LF and LF/HF ratio at post-intervention, onemonth, and three-month follow-up compared with controls. The findings indicate that EMDR increased parasympathetic responses, and improved balance between sympathetic and parasympathetic regulation. Previous studies also identified a similar effect of EMDR on HRV [33,34]. EMDR facilitates processing of memories of adverse life experiences and reduces negative emotions, physical sensations, and extreme arousal levels [46], which may increase the parasympathetic tone and improve the balance of autonomic activity.

This study contributes to the literature by identifying the positive effects of EMDR for heart failure patients on improvements in depressive symptoms, QoL, and HRV. However, this study has some limitations. First, the intervention was conducted for only four weeks. Most participants had experienced multiple heart failure difficulties; however, they were only able to deal with one or two of the most distressing situations. Second, one expert supervised EMDR intervention administered in this study, but similar supervision might not be available in clinical practice. Third, it was not possible to blind the researchers or the participants to the group assignments because the participants in the control group did not receive any sham intervention. The experimental condition was compared to a no treatment control condition. In the future study, it would be better to design a sham intervention to provide blind. Finally, because the study recruited subjects from one medical center, generalization of the results to a broader population of heart failure patients is limited.

In conclusion, the findings of this study support our hypotheses regarding the impact of an EMDR intervention for heart failure patients on the decrease in depressive symptoms, and improvements in health-related QoL and HRV. The development of clinical guidelines for managing depressive symptoms in heart failure patients should consider employing EMDR, which could benefit individuals with severe emotional and psychological distress resulting from their diseases.

This work was supported by a grant awarded (grant No. NSC 102-2314-B-016-003) from the Ministry of Science and Technology, Taiwan. The sponsor had no role in designing or conducting this research. 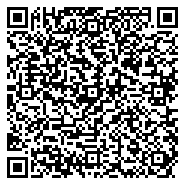