Although some effects of genetic polymorphisms related to nicotine-dopamine metabolism on smoking status have been identified, no variants of the nicotine acetylcholine receptor (CHRN) gene associated with smoking have been reported for the Taiwanese population. Hence, the aim of this study was to investigate the effects of the CHRNA3 rs6495309 and CHRNB3 rs6474412 polymorphisms on smoking behavior in young Taiwanese men.

This study demonstrates that FTND and CWS-21 scores are significantly different between the CHRNB3-rs6474412-variant group and the wild-type group. The CHRNB3 rs6474412 variant is a useful indicator for evaluating smoking behavior in young Taiwanese men.

Tobacco smoking is a multi-factorial behavior with both genetic and environmental determinants [1]. While environmental influences play a strong role in the initiation of smoking and smoking persistence, smoking quantity and nicotine dependence are highly related to heritability [2,3], although psychiatric disorders may affect the Fagerstrom Test for Nicotine Dependence (FTND) scores of smokers [4]. Thus, the assessment of genetic background could be a promising tool for understanding smoking behavior and guiding the selection of the most effective cessation treatment for an individual smoker.

Nicotine is the major psychoactive ingredient in tobacco and combines with the acetylcholine receptor (CHRN) to modulate dopamine activity in the midbrain, contributing to the development and maintenance of rewarding behaviors such as smoking [3]. Smokers modulate their smoking to maintain brain nicotine levels within a certain concentration range, and factors that alter nicotine clearance affect smoking behavior [3]. Individuals who eliminate nicotine rapidly are less likely to achieve clearly low craving scores even after smoking freely [3]. Thus, genetic polymorphisms in both nicotine metabolism and dopamine catabolism genes may influence smoking behavior, interact with each other to modulate risk and affect smoking cessation therapies. It has been shown that genetic variants related to nicotine-metabolizing enzymes, the dopaminergic system and opioid receptors may play an important role in smoking behavior [5]. Thus, markers from every step of these pathways may be useful for personalizing the choice of smoking cessation treatment in smokers. Among these genes, cytochrome P450 2A6 (CYP2A6) and CHRN are the best studied in both adult and adolescent smokers [2,5,6].

Smoking addiction is currently a significant social problem in the Taiwanese population [7]. Prevention and cessation programs for smokers have been implemented at many hospitals in Taiwan. Three studies concerning the relationship between genetic polymorphisms and smoking behavior in the Taiwanese population have been reported: (1) For smokers within a group of methadone maintenance patients, polymorphisms of the μ-opioid receptor gene were found to be associated with the plasma concentration of cotinine [8], (2) The interaction of the dopamine D2 receptor TaqIB and monoamine oxidase A was found to affect smoking intensity in young men [9] and (3) A single nucleotide polymorphism (SNP) (rs4680) of the catechol-O-methyltransferase (COMT) gene and the interaction between the CYP2A6 and COMT genes were shown to affect smoking status in young men [10].

Within the Taiwanese population, a significant association between CHRNA7 rs8024987 polymorphisms (GG and GG+GC, respectively) and a better cholinesterase inhibitor response has been identified in patients with Alzheimer’s disease [11]. Additionally, a significant interaction was demonstrated between rs7179008 of the CHRNA7 gene (GT haplotype in block4) and late-onset Alzheimer’s disease risk [12]. However, no variants of the CHRN gene have been found to be associated with smoking behavior in the Taiwanese population.

In the CHRN gene, CHRNA3 rs6495309 and CHRNB3 rs6474412 are two common variants that have been studied in relation to smoking behavior and smoking-related diseases [13,14]. Therefore, in this pioneering study conducted in Taiwanese cohort, CHRNA3 rs6495309 and CHRNB3 rs6474412 were selected as candidate polymorphisms. Only men were invited to participate in this study because in women not using oral contraceptives, nicotine and cotinine clearance are 13% and 24% higher, respectively, than in men [6]. Furthermore, Taiwanese men smoke significantly more cigarettes than Taiwanese women [7,15].

Our cross-sectional study was advertised to all students at both Chang Jung Christian University, Tainan, Taiwan and Central Taiwan University of Science and Technology, Taichung, Taiwan. Volunteers contacted the authors of the study, and convenience samples were then screened for eligibility at the health centers of the two universities. All participants provided written, informed consent at the beginning of study, and the review board of Chang Jung Christian University (CJCU-99004) and Central Taiwan University of Science and Technology (CTUST-99016) approved this study. The study was conducted in accordance with good clinical practice procedures and the declaration of Helsinki.

A self-report questionnaire was given to all study subjects [16-18]. The questionnaire included demographic data, smoking background and status, and smoking-related surveys. We utilized the six-item FTND [16], the 15-item short form of the Physiological Cigarette Dependence Scale (PCDS) derived from the 30-item PCDS [18] and the Withdrawal Symptoms Scale [Cigarette Withdrawal Scale (CWS-21)] [17,18]. Biomarkers (nicotine and cotinine concentrations) are used for the validation of these questionnaires [16-18] with no overor under-exaggeration. Never smokers were defined as persons who had never smoked in their lifetime. Current smoking was defined as ever smoking cigarettes on one or more of the past 30 days. Ever smokers were defined as persons who smoked at one time, had quit, and were not currently smoking. Current smokers were divided into two groups: light smokers and heavy smokers, depending on smoking a number of cigarettes per day (CPD) lower than or equal to (or higher than), respectively, the average number among all smokers. The exclusion criteria were (1) a history of diagnosed mental health disease or cancer, (2) alcoholism or drug abuse, (3) severe communication problems, or (4) terminal illness. When the survey was completed, trained research assistants (licensed nurses or medical technologists) obtained blood samples at a university center.

To assess the effects of genetic polymorphisms on smoking behaviors, CHRNA3 rs6495309 and CHRNB3 rs6474412 were analyzed separately. We evaluated the effect of different genotypes on smoking status, smoking intensity, FTND, PCDS and CWS-21 in the study cohort comprised of young men.

To evaluate the effect of the genetic variants on smoking status and smoking intensity, an odds ratio (OR) of 1 was assigned to subjects carrying the wild-type genotype. The Mantel–Haenszel Chi-square test was utilized to calculate the ORs and their 95% confidence intervals (CIs). To compare the significance of FTND, PCDS and CWS-21 among subjects carrying different polymorphisms of CHRNA3 rs6495309 and CHRNB3 rs6474412, the Kruskal-Wallis test was applied to compare quantitative data where appropriate. A P value of<0.05 was defined as statistically significant for each analysis. When the result of the Kruskal-Wallis test was statistically significant, Tukey multiple comparisons were performed. For trend analysis, the Cochrane- Armitage test was used. All data were analyzed using SPSS (version 18.0 software for Windows, SPSS Inc., Chicago, IL). ▪ Odds ratios for the development of smoking and heavier smoking

Table 1 also shows that, when never smokers were used as the reference group, the ORs of smoking for the subjects carrying variant genotypes were not statistically significantly greater than for the subjects possessing the wild-type genotype (P>0.05 for both CHRNA3 rs6495309 and CHRNB3 rs6474412, respectively).

The average number of CPD among the 230 current smokers was 10. Although data were missing for some subjects, when light smokers were employed as the reference group, the ORs for heavier smoking were not statistically significant for ether CHRNA3 rs6495309 or CHRNB3 rs6474412, as shown in Table 2 (P>0.05, respectively).

▪ Effects of gene polymorphisms on FTND, PCDS and CWS-21

CHRNA3 rs6495309 (C>T), located−2109 bp from the ATG transcription initiation site, is one of the most commonly studied SNPs of the CHRN gene, which maps to chromosome 15q25 [19]. The rs6495309 T and rs667282 T alleles of CHRNA5-A3-B4 are in high linkage disequilibrium (LD) (D’=0.90, r2 = 0.71) [19]. The rs6495309 functional SNP of the CHRNA3 gene affects the regulating of gene expression, leading to an increased lung cancer risk in Chinese populations [21,22]. This SNP is also associated with the risk of chronic obstructive pulmonary disease risk in Norwegian [23], Chinese [19,24] and Korean populations [25]. Furthermore, CHRNA3 rs6495309 has been shown to interact with smoking status and influence systolic blood pressure and body mass index in a Finnish population [26] and to affect survival in patients with early-stage non-smallcell lung cancer in a Korean population [27].

Very recently, the results of a comprehensive meta-analysis provided strong evidence of an association of CHRNA3 rs6495309 with lung cancer susceptibility [14]. The CHRNA3 rs6495309 C allele is thought to overlap with promoter histone marks and alter the regulatory motif [14]. In a functional study, the rs6495309 C allele was found to significantly increase CHRNA3 expression by altering the promoter binding ability of CHRNA3 to the transcriptional factor Oct-1 [21]. An investigation of whether SNPs can influence gene expression in cell lines expressing neuronal proteins or in small cell lung cancer cell lines, and whether nuclear proteins interact differentially with the alleles of each SNP revealed rs6495309 to be associated with nicotine dependence and the risk of lung cancer [28]. These studies indicated that CHRNA3 rs6495309 is an important SNP related to smoking behavior and smoking-related diseases. However, the results of our study showed that the variant status of CHRNA3 rs6495309 did not affect smoking status, smoking intensity, or FTND, or PCDS or CWS-21 score. We suspect that the reason for this lack of association is that the level of smoking is not sufficiently high in young Taiwanese men [the average number of CPD among current smokers is 10 (or average FTND score=3.75) 10, this manuscript], since different levels of exposure to smoking make no significant difference in the genotype and allele frequencies of CHRNA3 rs6495309 C>T [27].

It is assumed that nicotine receptor function is decreased in subjects carrying the homozygous rs6474412 CC variant compared with that in those possessing the wild-type genotype (TT), leading to lower levels of dopamine secreted in the brain when these two subject-groups smoke the same quantity of cigarettes. Therefore, more cigarettes might be required by subjects carrying the CC genotype than those with the wild-type genotype. It was, at least partially, for this reason that we observed that the FTND score differed significantly between the group homozygous for the CHRNB3-rs6474412 variant and the wildtype group in the present study.

Previous meta-analyses of adult smokers [aged 25-44 years, mean age (SD)=41.9 (13.3) years, respectively] of European, African American and Asian ancestry revealed that the variant rs6474412 allele is associated with smoking intensity (average CPD>20 cigarettes and average FTND score ≧ 6) [2,13,29,30]. Our study showed that such an association is detectable even in young men (aged 20−25 years) with an average CPD of 10 cigarettes (or average FTND score=3.75) (10, this manuscript), although the carriers of rs6474412 CC is only 2.7% in youngmen smokers. We also found that the variant rs6474412 allele is related to the percentage of FTND scores ≧ 6 as well as to the CWS-21 score. Therefore, we conclude that the CHRNB3 rs6474412 variant is a useful indicator for evaluating smoking behavior.

This study has some limitations. First, its sample size is small, and only five subjects carrying the CHRNB3 rs6474412 variant are observed. It needs further study with a larger sample size. Second, nicotine receptor function is hypothesized being decreased in subjects carrying the homozygous rs6474412 CC variant when compared with that in those possessing the wild-type genotype (TT). Further studies to prove the hypothesis are warranted.

In summary, CHRNB3 rs6474412 is useful for studying FTND and CWS-21 in smokers. The results obtained from this study will contribute to the development of an approach for reducing smoking among Taiwanese university students through effective smoking prevention and cessation intervention programs. These programs can then be applied to perform clinical studies of smokers at hospitals.

All authors declare that they have no competing interests. 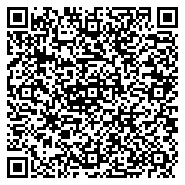