Spaceflight puts human into an extreme environment which has the specific and non-specifc factors like changes of circadian rhythms and interpersonal issues because of social isolation. Few studies investigated both the specific and non-specific factors of spaceflight on individual performance. Therefore, the present study used the sleep deprivation technique under social isolation environment to investigate its effects on individual cognition.

We compared the WM performances of 12 healthy males exposed to 72h social isolation and 72h sleep deprivation as separate conditions at four time points: one day before the experiment (pre-test), 12h and 36h into the experiment (test 1 and test 2) and one day after the experiment (post-test). A 2-back task and a resting state task were performed by the participants in the pre-test and post-test measurements, during which their galvanic skin response (GSR), heart rate (HR), and heart rate variability (HRV) were assessed.

Decrease of reaction accuracy (ACC) and increase of reaction time (RT) after 12h SD revealed WM impairments under social isolation environment. Compared to the pre-test, the participants’ GSR showed a significant decrease under both conditions. Compared to the resting state, the participants’ GSR, HR and HRV increased significantly during 2-back task under both conditions.

Results provided further evidence for impaired working memory after sleep deprivation. Our results elucidate part of the effects of sleep deprivation on the complex interactions between cognitive performance, behavior, and the autonomic nervous system under social isolation environment.

Recent research emphasized the importance of pilot fatigue during flight, crew members usually experience sleep disturbances and the phenomena of circadian rhythm desynchronization, which influences the pilots’ alertness and performance. In other words, spaceflight has unique physical characteristics like the changes of circadian rhythms which lead to disruptions of individual sleep. On the other hand, non-specific factors of spaceflight like the interpersonal issues because of social isolation also posed challenges for individuals to adapt to [1]. However, few studies concentrated on both of the specific and nonspecific factors.

12 Male undergraduates between the ages of 18 and 30 were recruited via flyers in the University and through the campus network. The recruitment process was performed in accordance with the Declaration of Helsinki. Participants were required to be physically healthy, meaning cardiovascular or, endocrine, mental disorders were all exclusion criteria, as well as insomnia. Mental or neural disorders (such as epilepsy) in the family medical history were also exclusion criteria. Participants were required to have good sleep habits and experiencing good sleeping patterns and were to be generally well-rested after sleep. In the week before the experiment, participants were not allowed to use alcoholic or caffeine-containing drinks (such as coffee or tea), and were not allowed to smoke. 12 physically and mentally healthy participants were randomly selected. The 12 participants (24.6±2.9 years old) were randomly divided into four equal groups. All participants were required to perform a series of psychological tests before, during, and after the experiment. All participants filled in an informed consent before the experiment started, and got a monetary reward upon its conclusion. One participant was missing some data, and was therefore excluded, resulting in a final sample of the remaining 11 participants. Experimental procedures were approved by the Institutional Review Board of the State Key Laboratory of Cognitive Neuroscience and Learning of Beijing Normal University.

The present study adopted the classic 2-back task to test (spatial) working memory [17]. This task shows a stream of numbers, ranging from 1 to 9, around (above, below, left and right) a fixation cross. There was no order to the numbers, and the numbers appeared at random locations. The color scheme was set to white-on-black, with the numbers being shown in Times New Roman with font size 60. The 2-back task asked the participants to compare whether the current stimulus was the same as the stimulus that appeared two trials before. A single trial would last 4500ms; after presenting an “X” (to prompt the subject), a 1300ms delay followed. The numbers were then presented for 200ms, which allowed the participants 2500ms to respond. The 2-back task included 84 trials in 2 blocks. The first two stimuli of each block were discarded. Participants were to indicate if the location of a number matched with the location of the number two trials before, using two buttons on a keyboard. Participants were instructed to ignore the value of the number. Response buttons were counterbalanced between subjects. The task was programmed by using E-Prime 1.2.

The experiment duration of both the social isolation and sleep deprivation conditions was six days. The specific timeline was as follows:

Day1: The participants were provided with experiment materials to be familar with the experiment which was called the “Practice” part. (The test time was set at 15:00 pm)

Day6: The participants were asked to conduct the Posttest (the same contents as the pretest, working memory task with physiological indices recorded) at 08:00 am.

Physiological activity was recorded using a 16-lead polygraph (BIOPAC MP150). The response electrodes of the galvanic skin response (GSR) were connected to the tip of the index and middle fingers of the left hand. The gain of the amplifier was set at 5. A high pass DC filter and low pass 1 Hz filter was applied during recording. The sample frequency was set to 250 Hz. The unit of GSR was μhmo. The heart rate (HR) was computed directly from the interval between two heartbeats (R-R interval) from the electrocardiogram (ECG), and is defined as beats per minute (BPM). The ECG was recorded using four electrodes; one positive connected to the lower left limb, one negative connected to the upper left limb, and a ground electrode connected to the lower right limb. The gain of the amplifier was set to 500, and the sampling rate was set to 500Hz. The recording was subject to a 0.5Hz high pass and a 35Hz low pass filter.

The GSR is a measure of the electrical resistance of the skin which is proportional to sweat secretion. The sweat glands are controlled by the sympathetic nervous system (SNS), therefore GSR acts as an indicator for SNS activation due to the stress reactivity [18]. HRV reflects the continuous interplay between both the sympathetic and the parasympathetic nervous systems and is regarded as a measure of autonomic flexibility and even as a biological marker of stress [19]. Associated with these reactions is a frequently reported increase in low frequency (LF, centered around 0.1Hz) heart rate variability, a decrease in high frequency (HF, 0.12 or 0.15–0.4Hz) power, and/or an increase in the LF/HF ratio [20]. Concluding, under stress, the GSR increases, as do the LF and the LF/HF ratio of the HRV, while the HF of the HRV decreases.

SPSS16.0 was used for data processing and statistical analysis. A repeated-measures ANOVA was employed for analysis. All data points that existed outside of three standard deviations from the mean were removed from the analysis. A 2×4×2 repeated measures ANOVA was conducted with TEST CONDITION (social isolation and sleep deprivation), TEST TIME (pre-test, test 1, test 2 and post-test) and TEST TASK (resting state and working memory test). All statistical analyses were subject to doubletailed significance (p<0.05), and the effect size was represented as the n2p. The paired sample t-test was used to analyze any significant main effects. Significant interactions were followed up using post-hoc testing. Due to non-normality of the data, the Greenhouse-Geisser method was used to correct the relevant values. All the results are presented in M±S.D.

Two-way 2×4 repeated-measures ANOVA’ were performed on individual working memory performance (accuracy, ACC and reaction time, RT) to test for possible effects. The independent variables were TEST TIME (pre-test, test 1, test 2 and post-test) and TEST CONDITION (social isolation and sleep deprivation). The ACC and RT of the 2-back task under social isolation and sleep deprivation in the pre-test, test 1, test 2 and post-test are shown in Table 1.

Pearson correlation tests were conducted between the working memory task performance (ACC and RT) and the physiological data (GSR, HR, LF, HF and LF/HF), at the different time points (pre-test and post-test). These results are listed in Table 3a,b. The correlation results showed that, under the social isolation condition, in the pre-test, the participants’ RT of working memory was negatively correlated with the HRV under resting state and working memory task in the post-test. Under sleep deprivation, in the pre-test, the LF/HF ratio was negatively correlated with the ACC of post-test.

Table 3a: In the pretest and posttest, under the social isolation condition, the correlation of working memory performance (ACC and RT) and physiological indices (GSR, HR, HF, LF, LF/HF) under different tasks (resting and working memory).

Table 3b: In the pretest and posttest, under the sleep deprivation condition, the correlation of working memory performance (ACC and RT) and physiological indices (GSR, HR, LF, HF, LF/HF) under different tasks (resting and working memory).

Author Yue Peng and Author Qing Liu did the conception and design of the study, acquisition and analysis of data, as well as the drafting of the manuscript and figures. Author Cornelis Hermanus van Heck modified and reorganized the paper.

The work was funded by National Social Science Foundation “Open system innovation and internal and external strategic coordination to promote bilateral investment layout” (15ZDC018). The authors would like to express their gratitude for the support of these projects. 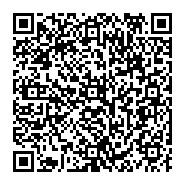