Toll-like receptors (TLR) signal activation and expressions have been associated with major depressive disorder (MDD). Changes of TLR expressions after antidepressants treatment were reported in our previous work. However, the effects of antidepressants on TLR expressions were limited to selective serotonin reuptake inhibitor (SSRI) and imipramine. This study aimed to investigate the differences of TLR expression profiles between patients treated with SSRI and those treated with serotonin-norepinephrine reuptake inhibitor (SNRI). 68 patients (15 males and 53 females) with MDD before and after treatment with SSRI or SNRI were recruited. HAMD-17 was used to assess the severity of MDD. The mRNA expression levels of interleukin (IL)-6 and TLR in peripheral blood mononuclear cells (PBMCs) were examined in parallel with a housekeeping gene, using real-time polymerase chain reaction (RT-PCR). IL-6 and TLR 2, 3, 4, 6, 8 and 9 mRNA expressions decreased after SSRI treatment. However, only TLR 2, 5 and 6 mRNA expressions decreased after SNRI treatment. These findings suggest that the SSRI and SNRI have different effects on changing TLR expression profiles.

Major depressive disorder (MDD) is found to be an inflammatory disease that may bring about hippocampal atrophy [1], disability [2] and is associated with worsening the prognosis of different medical illnesses such as myocardial infarction [3], rheumatoid arthritis, etc. [4] The mechanisms of MDD are associated with many factors, including monoamine, neurotrophic, neuro-degeneration, genetics, and environmental factors [5]. The interaction between microbiome [6] and immune systems, especially innate immune, that result in an imbalance of inflammation was investigated before [7-9].

MDD has been associated with aberrant blood cytokine levels. A meta-analysis of blood cytokine in 18 studies of MDD found an increased level of interleukin-6 (IL-6) and tumor necrosis factor-α (TNF-α) in acutely ill patients with MDD, and significantly decreased IL-6 level after treatment [10]. Another study also found increased IL-6 level in the cerebrospinal fluid of patients with MDD [11]. In the other hand, counter-regulation of inflammation is protective against depression, especially with IL-4, the major Th2 type cytokine. In cancer patients,12 IL-4 is negatively associated with MDD [12]. In animal models, IL-4 knockout mice showed an increase of depressive-like behavior in the forced swim (FST) and tail suspension test (TST) at baseline [13].

One of the sources of pro-inflammatory cytokines comes from innate immune activation. Accumulating evidences suggest that Tolllike receptors (TLR) were involved in the pathophysiology of MDD. In our previous study, TLR4 mRNA expression level was associated with the severity of MDD evaluated with the 17-item Hamilton Depression Rating Scale [14]. A recent study of a naturalistic outpatient psychiatric sample showed that plasma serum amyloid A (SAA) was associated with symptoms of fatigue and depressed mood. SAA activated TLR-2 and TLR-4 on macrophages and glial cells, and those findings suggested innate immune system’s association with the pathogenesis of mood disorders [15].

The effects of antidepressants, especially selective serotonin reuptake inhibitor (SSRI), on cytokine levels in patients with MDD were more widely investigated. In lipopolysaccharide (LPS) – treated mice model of depression, pretreatment with SSRI escitalopram could significantly increase anti-inflammatory cytokine interleukin-10 (IL-10) levels and block an increase of tumor necrosis factor-α (TNF-α) levels, but reboxetine treatment did not have the same effects [16]. In vitro, fluoxetine but not venlafaxine, a serotonin–norepinephrine reuptake inhibitor (SNRI), could consistently decrease pro-inflammatory cytokines (interleukin (IL)-6, interferon (IFN)-γ, and TNF-α levels [17-19]. In vivo, another SNRI duloxetine showed a trend of increasing IL-6 levels in treatment responders [20]. Overall, data of the effects of SNRI on cytokine levels in patients with MDD was limited.

There were some works investigating the effects of antidepressants on TLR. Some tricyclic antidepressants, especially amitriptyline, was reported to block TLR4 signaling [21]. In an animal study, fluoxetine could ameliorate chronic stress induced aortic TLR-4 mRNA increase [22]. In a clinical experiment, fluoxetine and citalopram treatment selectively inhibited endosomal TLR signaling in rheumatoid arthritis [23]. Our previous work also found that one-month antidepressant treatment could normalize initially elevated Toll-like receptor profile in MDD. However, the comparison of the differences between SSRI and SNRI on mRNA of TLR expression were not widely investigated before. Therefore, in this study, we aimed to investigate the changes of TLR mRNA expression profiles in patients with MDD after treatment with SSRI and SNRI.

From August 2013 to Jan 2017, 68 participants were recruited from outpatients and inpatients diagnosed with MDD in the psychiatric department of a medical center in Taiwan. Some treatment and pretreatment data were published in our previous work [9,24]. Only patients who were prescribed of SSRI or SNRI for 4 weeks were included. Institutional Review Board approval was obtained from the hospital ethics committee (101-5012A3, 103-5114B and 103-6984A3). Patients provided written informed consent after receiving verbal and written information about the study.

Before entering the study, patients with MDD were screened by two psychiatrists. There are three steps in the screening: 1) a Structured Clinical Interview for DSM-IV Axis I Disorders; 2) previous psychiatric diagnosis assessment; and 3) severity of depression using the 17-item Hamilton Depression Rating Scale (HAMD-17) [25]. Patients with major psychotic disorder, alcohol dependence, uncontrolled metabolic syndrome, a body mass index (BMI) > 34 kg/m2, a history of any inflammatory or autoimmune disease, or who were taking anti-inflammatory or immune modulating drugs were excluded from the study. All patients were also regularly tested for blood pressure and received chest X-rays, electrocardiogram examinations, and routine blood tests after hospitalization to exclude any possible chronic physical illness, including heart, lung, liver, kidney, or uncontrolled metabolic diseases. Antidepressants were discontinued for at least one week before entering the study.

After clinical examinations mentioned above, blood samples were collected at two time points: at inclusion (baseline) and four weeks after SSRI or SNRI treatment (endpoint). The patients were hospitalized in the ward with fair drug adherence, regular sleep-wake cycles, a controlled diet, and limited smoking between these two time points.

The clinical antidepressant was given as dictated by medical considerations, meaning that the choice and dosage of antidepressant treatment was not influenced by this study and was chosen based on clinical judgment. After screening at baseline, chosen antidepressants were administered and recorded. SSRI included escitalopram, fluoxetine, paroxetine, and sertraline. SNRI included duloxetine and venlafaxine. Their prescribed dosages and number of patients were listed below: escitalopram (10– 20 mg/d; n = 14), fluoxetine (40–80 mg/d; n = 14), paroxetine (20–40 mg/d; n = 7), sertraline (50-100 mg/d; n = 1), duloxetine (60–90 mg/d; n = 26), venlafaxine (37.5–225 mg/d; n = 6). All patients received benzodiazepines as anxiolytics or hypnotics. Supportive psychotherapy sessions were provided once or twice per week, and regular rehabilitation activities were suggested during hospitalization.

Venous blood (5 mL) samples were taken after fasting for nine hours before 8:00 am. Peripheral blood mononuclear cell (PBMCs) were immediately isolated from venous blood samples by Ficoll-Paque (GE, #17-5442-02) density gradient centrifugation. The PBMC samples were placed in an 80°C freezer immediately after isolation until they were assayed. The protocol used for mRNA analyses was the same as that used in our previous study [8,24]. Relative expression levels of target genes to GAPDH in each sample were calculated based on the threshold cycle (CT), where the difference in CT (ΔCT) used to represent relative expression of clinical samples was defined as CTGAPDH - CTsample. The 2^−ΔΔCT method was used to calculate relative changes in expression of target genes for cell assays, where ΔΔCT = ΔCTtreatment group – ΔCTcontrol group.

▪ Toll-like receptors mRNA expression at baseline and after treatment

In this study, we report that SSRI but not SNRI can reduce IL-6 mRNA expression in PBMC from patients with MDD. This result is similar to some previous works [26]. Tousoulis, et al. (2009) reported that only TNF-α and CRP but not IL-6 showed significantly lower level in heart failure patients with depression who received TCA or SNRI as compared to those without depression [27]. Besides, a small sample study reported recently that duloxetine 60 mg treatment in patients with MDD might increase serum level of IL-6 [20]. However, there are some opposite results in effects of SNRI on IL-6 in cell line or animal study. Venlafaxine was reported to reduce the secretion of IL-6 in T cells, macrophages [28], and human hippocampal progenitor cells [29]. Besides, duloxetine administration prevents the increased levels of hippocampal pro-inflammatory cytokine interleukin-6 as well as depression-like behavior in prenatally stressed adult offspring [30].

This is the first report which points out that SSRIs significantly decrease in TLR 2, 3, 4, 6, 8, and 9 mRNA expressions, but SNRIs treatment only affects TLR 2, 5, and 6 mRNA expressions. There is one previous work showing that SSRI could reduce TLR 4 expression induced by chronic restraint stress in rats [22]. However, studies that extensively surveyed the TLR profiles were limited. In addition, the investigations of effects of SNRI on TLR expression were also scarce. Only one report mentioned that the elevated expression of TLR4 in the spinal dorsal horn of rat model of diabetic neuropathic pain could be down-regulated by duloxetine [31]. Our work is the first that points out the TLR profile differences between SSRI and SNRI.

The possible mechanism of why SSRI and SNRI have different effects on TLR profiles is still not clear. Epinephrine and norepinephrine may be one of the possible factors. An in vitro study found that pretreated epinephrine could enhance the LPS- induced TNFα/IL-1β/IL-10 secretion, which was ameliorated by CD14 siRNA transfection [32]. Besides, norepinephrine was shown to activate proinflammatory cytokines [33]. However, there had not been any direct evidence and further investion should be done to prove that theory.

There are some limitations in this work. First, the sample size is relatively small/ The small sample size limits generalizability, so larger-scale studies will be needed. Second, the baseline of TLR mRNA expression levels differed between two groups, suggesting the patient groups treated by SSRI or SNRI could be different. Third, the mRNA data could not represent the protein levels expressed in PBMC. Finally, the PBMC is composed of different kinds of WBC, which may express different patterns of TLR mRNA expressions.

The authors wish to thank all study participants for taking part in the study. This study was supported by the a grant from Kaohsiung Chang Gung Memorial Hospital, 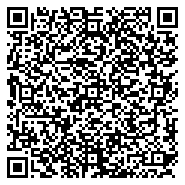