In this study, we aimed to identify the characteristics of early head CT scan in patients with traumatic brain injury (TBI) and to evaluate the association of such changes with hypopituitarism (HPT) in TBI patients.

A cohort of 230 TBI patients was enrolled and further grouped with or without HPT based on the secretion status of pituitary hormones at six months post injury. Data were analyzed and compared including different signs of the early head CT scan. Logistic regression analysis was used to show the risk factors related to HPT.

For patients with the initial CT scan shows basal fracture, SAH, and midline shift, dynamic laboratory tests for pituitary hormones should be performed for detection of HPT as early as possible and the medical intervention would be enforced in time.

Traumatic brain injury is known as the primary cause of death and disability in adults in developed countries [1], and its incidence rate is rising worldwide with the increased use of motor vehicles. Clinically, TBI is associated with lasting symptoms of impaired cognitive function, memory disturbance, and decreased activity, failures of emotional control, carelessness, excessive tenacity and planning failure for execution [2]. These symptoms often cause social problems in families, schools, work places, and communities, which are related to the hypopituitarism following TBI [3].

More and more researchers and clinicians are becoming aware of the high incidence of hypopituitarism following TBI from 21% to 54% [4]. With the increased care about the hormone-secreting status in patients with TBI, some of these patients develop hypopituitarism in the chronic stage even after one year of TBI and associated with the long-term neurological outcomes. The delayed diagnosis and multiple tests of pituitary’s hormones would hinder the early targeting intervention and the relationship between initial CT signs in patients with traumatic brain injury (TBI) and hypopituitarism remains unknown. Nevertheless, almost no study has correlated these characteristics in early head CT scan with the hypopituitarism in patients, especially TBI patients.

In this study, we prospectively collected the clinical data of acute traumatic brain injury patients, focusing on their initial head CT signs, to examined the role of the these characteristics in predicting the prognosis of pituitary function in TBI patients.

Our study protocol was approved by our institutional review board; written patient consent was obtained from family relatives before the study registration.

HPT was diagnosed if a patient showed abnormality in one or more hormone axis at six months post onset according to our previous studies [5-7]. Our patients were divided into two groups: HPT group and non-HPT group. All patients were treated by the Clinical Guidelines for the Management of Head Injury [8].

The data of the patients were analyzed using SPSS (SPSS, Chicago) software. Chi-square (χ2) statistics and Wilcoxon rank sum test were calculated for categorical comparisons and continuous variables, respectively. Values for the continuous parameters are given as the mean±standard deviation. After determining the risk factors related to HPT by single factor analysis, a further stepwise regression analysis was performed to find out the predictors of HPT. We performed stepwise regression using variables stored in a dataset array and specified the starting model using Wilkinson notation, and identified the response and predictor variables according to the statistical values. One variable was added at each time and if the p value from the equation was larger than 0.05, the new variable was removed, until the top three variables were identified. Predictors were defined as being significant if probability values were less than 0.05.

aStudent’s t test, bChi-square test, cFisher’s exact test when one or more than one cell in the Chi-square less than 5, *=P<0.05

Table 1: Comparison of the related clinical factors between HPTs and non-HPTs.

The total incidence of hypopituitarism was about 46.1 % at six months post TBI, and each hormone profile was listed in Figure 1. The most frequent deficiency (n=35, 32.0%) was Gonadotropin deficiency. Growth hormone deficiency was relatively common (n=30, 28.3%). Thyroid deficiency was found in 29 cases (27.4%), followed by 26 cases with abnormal prolactin (PRL) (24.5%). Corticotropin deficiency was quite infrequent (n=15, 14.2%). 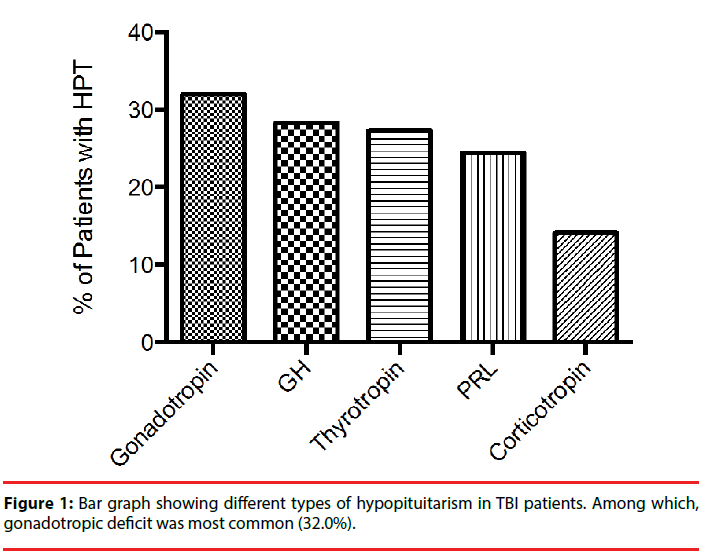 Figure 1: Bar graph showing different types of hypopituitarism in TBI patients. Among which, gonadotropic deficit was most common (32.0%).

The results of this study demonstrated that early CT signs showing basal fracture, SAH, primary hematoma type including EDH and multiple hematomas as well as the midline shift were statistically different between two groups. Table 1 shows a comparison of the statistical data of each group.

Of these potential factors, a logistic regression model of five predictors including basal fracture, SAH, EDH, multiple hematoma and midline shift based on the single factor analysis were identified. In Table 2, the CT signs showed that basal fracture (P<0.001), SAH (P=0.001), and midline shift (P=0.003) during the early injury phase were the strongest predictors of HPT.

Recently, HPT is reported to occur from 21% to 54% of all patients with head injury [9], even in patients with negative head CT scans [5]. In this study, it was shown that HPT occurred in 46.1% of the subjects enrolled, which was consistent with these previous retrospective reports [9]. Perhaps more importantly, this study provided evidence that patients with early head CT signs showing basal fracture, SAH, EDH, multiple hematoma and midline shift are more likely to develop HPT at the chronic stage, suggesting that patients with these CT signs would be beneficial in testing pituitary hormones as early as possible following injury.

Initially, HPT is confirmed by a series of laboratory tests including pituitary hormones, and generally the dynamic change of these hormones would hinder the accurate and early diagnosis of pituitary dysfunction in clinical sessions. Therefore, the imaging biomarker from tradition and general-used head CT scans would favour the selection for testing hormone status in these TBI patients.

In this study, several limitations have to be mentioned. First, the head CT scan in this study is only performed at the initial stage. Then, we did not observe the dynamic change of CT scans following the onset. Some studies report the progressive injury after the initial injury would have an impact on the chronic neurological outcome [10]. However, our primary goal here is to locate several risk factors might predict the occurrence of HPT following TBI, then a dynamic test for the pituitary hormones would be employed for early clinical intervention. Second, we excluded patients with hormone treatments which would affect the secretion status of pituitary hormones. Therefore, we could not address the effect of hormone replacement on the pituitary function at chronic stage of TBI. Third, the unspecific test for the GH. Other researchers reported that GH deficiency was the most common type in TBI patients with HPT [11]. However, in our study, we found the incidence of GH deficiency was a little less than that of hypogonadism. This discrepancy might be due to the test method itself. The fourth point was that we did not measure hormone levels in the control group, because the definition of HPT was based on the comparison with the normal range according to the laboratory method.

For patients with the initial CT scan shows basal fracture, SAH, and midline shift, dynamic laboratory tests for pituitary hormones would be favoured for detection of HPT as early as possible and the medical intervention would be enforced in time. It can be seen that the early CT signs may become a traditional radiological marker to predict the occurrence of hypopituitarism in TBI patients.

This study is supported by the Shanghai Natural Scientific Foundation Council Project -16ZR1431500. All authors declare there is no conflict of interest. 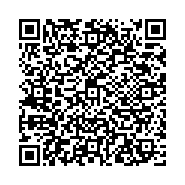