Obesity is a medical problem in which excess body fat has accumulated to the extent that it may impair health and body mass index (BMI) is the main indicator for the identification of obesity [1]. Obesity is a multifactorial medical condition and affected by several factors such as genetic makeup, epigenetic changes, environment, diet, and exercise [2].

Dopamine (DA) is a neuromodulator and involved in normal brain functions such as attention, working memory, and reinforcement learning [3]. Disturbances in dopaminergic neurotransmission is implicated in the pathogenesis of neuropsychiatric disorders such as addiction, depression, schizophrenia, and eating disorders [4]. Obesity is associated with alterations in striatal dopamine signaling. For instance, dopamine dysregulation, specially dopamine receptor 2 (DRD2) signaling, is correlated with development of obesity in humans and rodents [5].

Vesicular monoamine transporter 2 (VMAT2) in the central nervous system is an essential protein for dopamine neurotransmission [6]. VMAT2 packages dopamine into vesicles and helps transport it to the extracellular medium and provides the homeostasis of dopamine in the cytoplasm. VMAT2 dysfunction causes to excessive dopamine accumulation in the cytoplasm and then, free radicals are generated by the metabolism of dopamine [7].

In this study, we have investigated the polymorphisms of VMAT2 gene in 2 groups. Group 1 (n=234) whose mean age was 31.4 ± 7.8 years contained overweight and individuals with obesity and the mean BMI was 33.8 ± 8.7 kg/m2 (Table 1). The control group selected from healthy individuals (n=214) whose BMI were between 18.50 and 24.99. The mean age of the healthy group was 27.6 ± 5.8 years and the mean BMI was 21.7 ± 1.9 kg/m2 (Tables 1-3). Inclusion criteria were: 1.giving informed consent, 2. age between 20 and 48 years, 3. 25≤BMI<30 for overweight and ≥ 30 for obese group; BMI: 18.50-24.99 for control group. Exclusion criteria were: 1. previous use substance of abuse, 2. having a neurological or psychiatric disorder, 3. being pregnant or nursing, 4. being chronic alcoholic, 5. smoking, 6. using antihypertensive beta-blocker, 7. being menopausal, 8. having thyroid or diabetes problem 9. oral contraceptive usage. Permission for research was granted by the Bioethics Committee of Yeditepe University, Istanbul, Turkey (Decree no: 411, date of approval: 22/04/2014). Both men and women of Turkish origin, all volunteers, were collected at the Department of Endocrinology and Metabolism Disorders at Fatih Sultan Mehmet Education and Research Hospital in Istanbul, Turkey. All volunteers were measured and weighed with standard medical device. Informed written consent was obtained from all subjects according to the Declaration of Helsinki guidelines. We had face-to-face interviews with all of the participants during the period of August, 2014 and February, 2015. The participants reported motivations for food using a modified version of Testing of the Eating Motivation Survey (TEMS) [9].

Table 3: The chi-square (x2), degree of freedom (df), p, odds ratio (OR), and confidence interval (95% CI) values between control and patient groups according to VMAT2 polymorphisms [rs363399 (T/C) and rs4752045 (C/G)] and demographic characteristics (The reference category is control).

DNA extraction was performed from peripheral blood samples which were recruited in tubes including ethylenediaminetetraacetic acid (EDTA). For DNA extraction, the DTAB-CTAB (Sigma-Aldrich, Taufkirchen, Germany) DNA extraction method was used. Purity was compared based on A260/A280 absorbance ratios in the range of 1.7-1.9. The single nucleotide polymorphisms (SNPs) of VMAT2 were genotyped using Touchdown Polymerase Chain Reaction (PCR) with proper primers. The sequence of forward primer is 5’-GCTCACGCCCAGGAAAGT-3’, and reverse primer is 5’-TCCGCTTGTCAAAATTCTTAGGT-3’ (rs363399). The sequence of forward primer is 5’-CACCATGTTCCTGTTTCAGCC-3’, and reverse primer is 5’-TGGCAGGAGACAGTTTCTCCA-3’ (rs4752045).

The statistical assessment of our study was carried out by the use of SPSS (Statistical Package for the Social Sciences) version 24.0 (Chicago, IL, USA). The differences of genotype between control and patient groups were analyzed by Chi-square, Fisher’s Exact test. Pearson x2 test was used for the determination of the deviation from Hardy-Weinberg equilibrium (p<0.05). The effects of genotypes and alleles on eating behavior were analyzed by one-way Anova test. Allele frequencies were computed according to gene counting method. Logistic regression was used in order to calculate odds ratios (ORs) and confidence interval (CI) values. P values which were under 0.05 were considered significant.

To our knowledge, this is the first study designed to investigate the association between VMAT2 polymorphisms and obesity and eating behavior (‘eating for need’ and ‘eating for reward’). We suggested that polymoprhisms which may alter expression or fuction of VMAT2 gene may be effective in the development of obesity. Therefore, this study elucidated the relationships between VMAT2 genotypes, obesity, and eating behavior in a population residing in Turkey. But further studies are required to rebut or affirm these observations.

Brighina, et al. have investigated the association of VMAT2 gene polymorphisms and Parkinson’s disease and it has been reported that only two SNPs in the promoter region (rs363371 and rs363324) was related with PD [8]. In previous studies, VMAT2 gene polymorphisms has been reported to be associated with initial symptom of rigidity/bradykinesia, tardive dyskinesia, alcohol dependence, PD, and cognition [10-14].

rs363399 and rs4742045 polymorphisms occur in intron 2 and intron 7, respectively. These two polymorphisms were exclusively analyzed in a depression study and it has been reported that there was a correlation with depression [15].

The C/C genotype of proportion of the VMAT2 rs363399 reported in this study was significantly higher in the obesity group who ate for reward when compared with healthy individuals. Furthermore, the C/G genotype proportion of the VMAT2 rs4752045 was significantly higher in the case group who ate for reward according to the control group. These findings may demonstrate that C/C and C/G genotypes might have an effect on eating behavior (‘eating for need’ vs ‘eating for reward’) and might be involved in the pathogenesis of obesity in an indirect way. In our previous study, it has been demonstrated that eating for reward might be correlated with adult obesity due to altered dopamine neurotransmission [16].

When the groups were compared for VMAT2 genotypes, there was no association between genotypes and obesity. From the foregoing, we may infer that some environmental factors might have a mediating role in the interaction between VMAT2 rs363399, rs4752045 and obesity.

In this study, we reported two SNPs of dopamine-related gene, rs363399 and rs4752045 in VMAT2, did not show any significant associations with obesity in Turkish population. On the other hand, C/C genotype of rs363399 and C/G genotype of rs4752045 were significantly associated with ‘eating for reward’ and these genotypes might affect eating behavior and might be involved in the pathogenesis of obesity. Furthermore, gender, sex, and BMI are the factors that might affect the development of adult obesity.

The strengths of this study involve a novel research question, and it is the first study which investigates the associations between VMAT2 genotypes, obesity and eating behavior. Several limitations also need to be acknowledged. First of all, it is the first study of its kind, but replication studies are needed in Turkish population and the sample size can be expanded in further studies. Furthermore, other population studies are required. Unfortunately, due to the limited resource, we concentrated on transporter protein, VMAT2, in this study and other transporter protein, DAT, and dopaminedegrading enzymes, MAOA and COMT, in our previous studies. Other dopaminergic genes which affect dopamine function such as tyrosine hydroxylase (TH) and dopamine receptors should be considered in future studies examining the effects of dopaminergic genes, obesity and eating behavior.

We thank all the volunteers for donating blood for the study. All the authors thank the nurses who collected blood from the subjects in a painless way at Fatih Sultan Mehmet Education and Research Hospital.

This research project was supported by Yeditepe University.

Availability of data and materials

All raw data generated or data analyzed during this study are available from the corresponding author upon request.

The authors notify that no conflicts of interest in this work.

Orçun Avşar performed the experiments, statistical analysis and wrote the paper; Ece Genç and Ayşegül Kuşkucu supervised all the study; Seda Sancak recruited the volunteers; all authors read and approved the final manuscript. 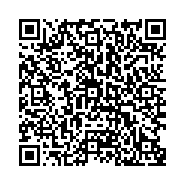