Major Depressive Disorder (MDD) is considered as one of the most prominent mental health disorders of public health concern [1] which is also a leading cause of disability [2] worldwide. Its symptoms cause significant clinical distress or impairment in social, occupational, and other important areas of functioning [3,4]. This leads to a loss of over $36.6 billion per year in the United States of America alone through absenteeism and presenteeism [5]. Presenteeism particularly insinuates the effect of depression even after treatment.

Good coordination of cognitive functions in the brain forms a good physiological condition which is the requirement for a well-orchestrated personal [6], with normal social [6,7], and occupational life [8,9]. However, impaired ability to think, concentrate, or make decisions (distractibility), memory difficulties, decreased cognitive processing speed, impaired attention, etc. [4,10] constitute major symptoms among MDD patients. These symptoms may impede their coping abilities and thus interfere with their normal functioning in society [11] which includes their social life [10,12,13], and workplace productivity leading to lowered income or unemployment [5]. In this article, we put focus on decreased cognitive processing speed which is often regarded as a hallmark for MDD.

Does decreased cognitive processing speed always happen in MDD? This is a firmly held belief about MDD patients given the fact that psychomotor retardation is often observed in MDD patients. However, this, in fact, may not be necessarily true. This article intends to review existing literature pertaining to cognitive processing speed of MDD patients with respect to emotion perception and argue with evidence that the above belief is not true. Explanations will also be given which support our conclusion.

Faces are key to social communication [14] and easily convey our emotion to the outside world. Due to this, studies have mostly used faces to represent emotional stimuli. Difficulties including slowness in perceiving (detecting and discriminating), recognising, and appropriately interpreting emotions, in particular, facial emotions, will block effective communication which leads to further worsening and or development of emotional disturbance or illness [15]. It is therefore important to thoroughly examine cognitive processing speed which is also involved in emotion perception so as to properly understand the anomalies underlying MDD. A better understanding of this will inform clinicians and pharmacologists of the possible treatment regimen to use in mitigating the effect of depression. With the advent of neuroimaging and electrophysiological techniques, it has now become easier to study the cognitive processing speed involved in emotion perception.

Functional Magnetic Resonance Imaging (fMRI), Electroencephalography (EEG), and its derivative Event-Related Potential (ERP) have deepened our understanding of the mechanism of cognitive dysfunctions of MDD in the past decades. Among these techniques, ERP has the advantages of being non-invasive, relatively inexpensive, and superior temporal resolution [16].

Online databases, specifically EBSCO, PubMed, ScienceDirect, and Wiley-Blackwell were searched sequentially using the combination of the keywords; “event-related potential”, “cognitive dysfunction”, cogniti*, “major depressive disorder”, and depress*. The reference lists of the selected articles were also reviewed for relevant studies. The search was limited to English studies published until September 2017, MDD patients without comorbidities, and having at least a comparable healthy control group. In order to make sure that the conclusions drawn by this review is valid, the Joanna Briggs Institute’s MAStARI critical appraisal tools for Comparable Cohort / Case-Control Studies [17] was used to assess the methodological quality of the studies used in this review. In this review, only studies with a quality score of 7 or more were included.

Six studies were finally selected which explicitly focused on emotion perception. Electrophysiological data can be streamlined into several processing stages based on the latency but this article puts focus on the early/perceptual (P1, N1, N170) processing stage. A careful examination of ERP studies comparing cognitive processing speed of MDD patients (without comorbidity) and healthy controls on emotion perception using happy, neutral, and sad facial stimuli have produced interesting results. Results from both behavioural (error/accuracy score and reaction time—RT) and electrophysiological (amplitude and latency) data point to the direction that people with depression may have developed a trait which predisposes them to bias towards sad facial stimuli. [18-22].

This article examined cognitive processing speed of MDD patients without comorbidity in emotion perception studies using ERP methodology with both behavioural and electrophysiological data. From the reviewed studies, it is evident that MDD patients become comparatively better at identifying sad facial stimuli as compared to other facial stimuli. More interestingly, most studies report that they identify the sad facial stimuli faster (than neutral and happy) as compared to healthy controls as supported by RT and N170 latency. R-MDD patients are affected by depression more than F-MDD. These results provide the evidence that decreased cognitive processing speed is not always true for MDD patients. This, in fact, depends on the kind of data the MDD patient is processing.

As the results indicate, depression affects cognitive processing speed (reaction time— RT or latency). It has well been documented that MDD patients have decreased cognitive processing speed [3,4,10]. There are few contradictory reports [18,24,25] due to the course of MDD and methodological differences. However, most studies reported MDD patients as having shorter RT [18,20,22,24] or N170 latency [20] for sad (relative to neutral and happy) facial stimuli compared to healthy controls although MDD patients had longer N170 latency in general [20,22]. The interesting finding is the shorter RT/ latency for sad facial stimuli among MDD patients as compared to healthy controls [18,20,22,24] juxtaposing it to the results that MDD patients had longer RT/ N170 latency in general [20,22]. This is very interesting taking into consideration one of the known symptoms of depression—psychomotor retardation [3] also reported among MDD patients [20,22] in general. This emphasises the point that depression leads to the development of schema for processing negative information and the recurrent the episodes of MDD, the more it is ingrained. It is likely that the new neuropathway further propagates depression through the reduction in social reinforcement and support but an intensification of negative feedback seeking, reassurance seeking, self-fulfilling prophecies and interpersonal avoidance [20]. Future studies using brain imaging techniques should be done to locate the anatomical sites related to the altered neuro-pathways.

It is now evidently clear that MDD patients have increased cognitive processing speed for sad (relative to happy) facial stimuli as compared to healthy control yet decreased cognitive processing speed in general. More studies need to be conducted to know the anatomical sites of the neuro-pathway for the negative information however, there are some few important points that can benefit clinicians and pharmacologists. Clinicians can explore the use of therapies that help to shift, alternate, and focus attention from negative to positive emotional stimuli like meditation and qigong. It is noteworthy that the effects of depression on emotion perception happen at a very early stage of perception (preattention) hence, pharmacologists can capitalise on this to influence perception, attention as well as improve the arousal of positive information processing among MDD patients. Finally, community and family members can also help by being considerate, non-judgemental, and supportive of the healing process so as to facilitate the recovery process and well-being of the MDD patients.

Psychomotor retardation has been well documented to be a symptom of depression, however, ERP studies on emotion perception report that MDD patients can be faster in reacting to sad (relative to happy) facial stimuli as compared to healthy controls. More investigations need to be done but a probable explanation is that there is a new pathway for processing negative emotional information like sad faces. This new pathway provides a shorter route to processing only negative information which further increases the recurrence of depression. More studies using electrophysiological and or brain imaging techniques should be conducted to identify the exact neuropathway so as to inform the appropriate pharmacological or psychotherapeutic approach to manage people with depression. 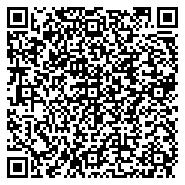