Magnetic Resonance Imaging (MRI)-based approaches for computed estimation of brain volumes have been used in a number of recent researches, as this may constitute a viable biomarker of clinical state and progression in many neurological illnesses. Although localised demyelination of the cerebral White Matter (WM) is the pathological characteristic of Multiple Sclerosis (MS), considerable brain atrophy occurs and progresses persistently throughout the MS course. These volumetric changes that occur during the course of MS have been linked to physical disability and cognitive impairment, and are therefore important for understanding MS pathogenesis and tracking therapy efficacy in clinical trials.

However, in a complex condition like MS, brain volume loss could be caused by a number of factors. These include changes in non-tissue components as well as tissue loss. Many factors, including illness stage, brain region affected, type of pharmacological treatment, presence of comorbidities, and other factors unrelated to the disease, might influence each component's contribution to brain volume reduction. Furthermore, documenting temporal patterns of structural brain changes necessitates appropriate MRI methods as well as reliable and robust image analysis software. In this setting, using MRI-based assessments on an individual basis to consistently classify participants as sick or normal, rather than assessing major group differences, may be hard.

We propose a study to determine whether it is possible to achieve individual characterisation of brain atrophy rates in MS patients by quantifying inter individual variations and group overlaps using longitudinal MRI measurements obtained using the same MRI protocol on the same scanner over long follow-up periods (up to 12 years). The major goal was to construct particular brain atrophy rate cut-offs that could distinguish between participants who had 'physiological' or 'pathological' brain volume decrease over time.

Despite the fact that a number of research studies have proved its utility, brain volumetric MRI has yet to be broadly adopted in clinical practise. This is due to a variety of factors, including differences in imaging protocols (MRI parameters, spatial distortions, motion artefacts, and so on) or a lack of normative data obtained with the same MR protocol used for patients, which would allow the physician to interpret biomarker values in patient care. Furthermore, as with any sort of quantitative analysis, anatomical knowledge must always be the cornerstone of quality control, even when utilising fully automated computerised procedures.

All of these considerations were made in the current investigation. It's more difficult to account for factors including lifestyle, heredity, concurrent pharmacological regimens, and pathophysiological diseases that could alter the accuracy of brain volume measures, especially in single-patient assessments. Furthermore, brain volume loss occurs over time and is exacerbated when other risk factors, such as smoking, diabetes, and other cardiovascular risk factors, are present.

Despite the limitations listed above, developments in computational technology are paving the road for more convincing clinical applications of MRI-based brain volumetric in a variety of neurological illnesses. In a disease with a complex clinical substrate, such as MS, where brain volume changes reflect not only tissue loss owing to inflammatory demyelination and neurodegeneration, but also fluid redistribution due to inflammation, this is in principle more challenging. Individualised longitudinal brain volume evaluations are difficult to apply in a therapeutic environment because physiological variability and measurement mistakes may add to the biological abnormalities associated with the disease.

We attempted to account for several of the above constraints in this study. First, we used a longitudinal data collection of MS and HC patients that was collected over a lengthy period of time using the same MR scanner and following the same protocol. Second, to measure brain volume changes, researchers used a widely known software programme that has previously been proved to be a highly sensitive, reproducible, and accurate method.

These results are very similar to those previously published using the same methodology as physiological or pathological brain volume decline. Our research demonstrates that different PBVC/y ratios can define a pathogenic range with varied levels of specificity. Interestingly, increasing age had no effect on such cut-off values, despite the fact that it had no effect on the PBVC/y difference among MS patients. Treatment effect, on the other hand, may have influenced them (the majority of the MS patients in this study were treated with DMT for the most of the time), although this should have resulted in more conservative pathological cut-offs.

Indeed, at a given follow-up time, a patient with MS does not necessarily exhibit pathological brain volume reduction, and the overlap between the distributions of HC and patients with MS is large on the right, 'physiological' side. In contrast, all HC are believed to have a physiological rate of PBVC, allowing the diagnosis of "pathological" to be based on values that HC either do not have or have a very low possibility of having.

More crucially, brain volume loss rates may be useful in expanding the concept of no apparent disease activity, a new aim for MS treatment that requires a measure of diffuse brain damage in addition to localised MRI and clinical parameters. In this context, we can propose evidence-based criteria for choosing PBVC/y cut-offs that define patients with no indication of brain volume reduction based on the results of this study. According to the findings, a PBVC/y of 0.4% may accurately distinguish between the presence and absence of 'pathological' brain volume reduction with high specificity and sensitivity.

Furthermore, while the long-term follow-up in this study reduced biological variability and measurement errors due to the use of precise quality control and a homogeneous single-centre data set, these sources of error could be magnified in a real-world setting where the follow-up is significantly shorter and different MR sequences and multicentre data sets are used. Interestingly, despite the heterogeneity in the MRI collection and post processing, a recent meta-analysis that combined findings from 56 separate MRI studies on total brain volume changes in healthy persons revealed values that were not considerably different from those reported in our study. 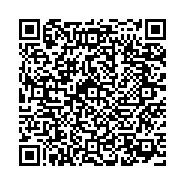