Depression: An Important Factor Related to Other Pains among Patients with Chronic Low Back Pain

†Chou YH and Fu TS have made equal contributions to this article.

No study has compared the associations of the pain intensity of low back pain (LBP), depression, and anxiety with other non-low-back pains among orthopedic outpatients with chronic low back pain (CLBP). This study aimed to investigate the above issue.

Two-hundred and twenty-five participants with CLBP were enrolled from a medical center. Depression and anxiety were evaluated using the Depression and Somatic Symptoms Scale (DSSS) and the Hospital Anxiety and Depression Scale. Major depressive episode (MDE) and anxiety disorders were diagnosed using the Structured Clinical Interview for DSM-IV-TR. A visual analogue scale was used to evaluate the intensities of LBP and seven other pains. Multiple linear regressions were used to determine the associations of the pain intensity of LBP, depression, and anxiety with other pains.

A current MDE was the most important factor related to headache, chest pain, and general muscle pain. Severe LBP was the most important factor associated with other bone/joint pains, neck/shoulder pains, and limb pain. The depression subscale of the DSSS explained a greater variance in terms of predicting five other pains (headache, abdominal pain, chest pain, general muscle pain, and limb pain) as compared with the intensity of LBP and anxiety.

Some other pains, such as headache, chest pain, and general muscle pain, appeared to be more strongly associated with depression than with the pain intensity of LBP. Depression should be evaluated among patients with non-low-back pains. Integration of depression into the treatment of LBP might help to improve multiple pains.

Low back pain (LBP) is one of the most common musculoskeletal problems. The course of LBP tends to be a recurring and chronic pattern, causing substantial functional impairment and a financial burden on society [1]. However, up to 85% of patients with LBP do not have a precise pathoanatomical diagnosis [2]. Psychological factors were associated with LBP [3,4].

Pains in some chronic conditions might result from abnormal central pain processing rather than damage to anatomic body structures. Ongoing nociception might be associated with neural reorganization, which plays a crucial role in the process of pain chronification, including migraine, myofascial pain, and LBP [2,5]. Therefore, different pain symptoms are often comorbid with each other [6]. Patients with chronic low back pain (CLBP) or chronic musculoskeletal pain also commonly suffer from multiple pains at other sites [7-13], which are related to increased functional problems, disability, depression, and anxiety [10,12,13]. Hyperalgesia and spinal cord hyperexcitability have been detected in the early stages of nonspecific LBP [14].

Depression and chronic pain are closely related. Major depressive disorder (MDD) is common among patients with chronic pain [5,15,16]. Depression might be an important factor in the development of chronic pain [17]. Psychological stress and negative cognition related to depression are associated with the development of exaggerated pain perception [2,17-19]. In fact, depression is common and is related to disability among patients with CLBP [20]. Moreover, emotional stress due to LBP is an important factor related to the clinical outcome of LBP [21].

Anxiety and pain also interact. Previous studies have demonstrated that anxiety has a sensitizing effect to pain [22]. Moreover, anxiety and depression are associated with headache and other non-headache pains [3,16,23-26]. Frequent and widespread pain (i.e., pain at multiple sites) was found to be most strongly related to depression with anxiety features [7]. Moreover, anxiety disorders are also common among patients with CLBP [27-29].

Therefore, the purpose of this study was to compare the associations of the pain intensity of LBP, depression, and anxiety with other non-low- back pains among patients with CLBP. We hypothesized that some other pains might be more associated with psychological factors (depression and/or anxiety) than with pain intensity of LBP among patients with CLBP based on previous studies [23-25,30].

This study was approved by the Institutional Review Board of the Chang Gung Memorial Hospital, a medical center in Taiwan, and was conducted in the general orthopedics clinic of the same hospital from August 2008 to November 2010 [20]. The inclusion criteria were consecutive orthopedic outpatients, 20-65 years of age, with LBP for at least three months, who visited our orthopedic clinic for the first time. The exclusion criteria included: 1) patients who had undergone treatment with antidepressants or antipsychotics within the past four weeks; and 2) mental retardation, psychotic symptoms, or severe cognitive impairment, with difficulty in being interviewed. Five demographic variables, including age, gender, educational years, marital status and employment status, were recorded.

The average pain intensity of LBP in the past week was rated on a visual analogue scale (VAS), with 0 representing “no pain” and 10 representing “pain as severe as I can imagine”. Patients with severe LBP, which was defined as VAS ≥7 in this study, were categorized into the “with severe LBP” group. The average pain intensities of seven other pains in the past week were also rated using a VAS, including 1) other bone and/or joint pains (other bone/joints pains); 2) headache; 3) abdominal pain; 4) chest pain; 5) neck and/or shoulder pains (neck/shoulder pains); 6) general muscle pain; 7) limb pain.

▪ Assessment of depression and anxiety

A board-certified psychiatrist, who was blind to the data related to CLBP, interviewed the participants. MDD, major depressive episode (MDE), and seven anxiety disorders (including panic disorder, agoraphobia, specific phobia, social phobia, obsessive–compulsive disorder, post-traumatic stress disorder, and generalized anxiety disorder) were diagnosed based on the Structured Clinical Interview for Diagnostic and Statistical Manual of Mental Disorders, fourth edition, text revision, Axis I disorders [31]. Participants with any one of these anxiety disorders in a current episode or partial remission were categorized into the “with anxiety disorders” group.

Two scales, the Depression and Somatic Symptoms Scale (DSSS) and the Hospital Anxiety and Depression Scale (HADS), were used to evaluate the severities of depression and anxiety. The DSSS included 12 items on the depression subscale (DS) and 10 items on the somatic subscale [32,33]. The somatic subscale of the DSSS was not used, because it included five pain symptoms. The reliability and validity of the DSSS have been proved. The DSSS has been found to be significantly correlated with the Hamilton Depression Rating scale and the HADS in patients with depression [34]. The HADS, which did not include any somatic symptoms, was used to evaluate the severities of depression (HADS-D) and anxiety (HADS-A) [35]. The design of the DS was based on the criteria of a MDE and common depressive scales, and includes four items related to physical symptoms [33]. However, the HADS-D evaluates emotional symptoms of depression and does not include any somatic symptoms. Compared with the HADS-D, the DS was more compatible with the criteria of a MDE. A higher score indicates a higher severity of symptoms for the two scales.

All statistical analyses were performed using SPSS for windows 12.0 (SPSS Inc., Chicago, IL, USA). The independent t test, Pearson’s correlation, and the Chi-square test were used in appropriate situations. In order to fulfill the aims of this study, two models of multiple linear regressions with forward selection, which selects the most significant factor first into the regression model, were used to compare the association rankings of depression, anxiety, and the pain intensity of LBP with seven other pains.

The second regression model was used to compare the associations of three continuous variables, including the DS, the HADS-A, and VAS scores of LBP, with seven other pains. The HADS-D was not put into the regression model because the DS and the HADS-D were well-correlated, and the DS was more compatible with the criteria of a MDE. The dependent variables were the pain intensities (VAS scores) of seven other pains. The independent variables included the three continuous variables (DS, HADS-A, and VAS scores of LBP) and the five demographic variables. For these statistical analyses, a two-tailed test with a P value <0.05 was considered to be statistically significant.

During the study period, 243 patients fulfilled the enrollment criteria and 18 patients (7.4%) declined to participate.

Table 1: Demographic variables of the subjects in each group.

▪ Differences in the intensities of eight pain symptoms between groups

Table 2: Intensities of eight pains in each group.

▪ The correlations of the intensity of LBP, depression, and anxiety with the intensities of other pains

Table 3: Correlations of the intensity of low back pain, depression, and anxiety with other non-low back pains.

▪ Independent comorbidities and other factors associated with other pains

Table 4: Independent comorbidities and factors associated with the intensities of non-low back pains.

Table 5: Independent factors related to the intensities of non-low back pains.

A current MDE and the DS were the most important factors related to headache, chest pain, and general muscle pain in the first and second regression models, respectively. Previous studies have reported that depression and headache are often comorbid with each other and interact [36]. Depression and chest pain also interact [37,38]. Depression and anxiety are common comorbid symptoms among patients with chest pain referred for an exercise stress test [39]. General muscle pain is also correlated with depression [40]. Severe LBP was the most important factor associated with other bone/ joint pains, neck/shoulder pains, and limb pains in the first regression model. This might possibly result from the following reasons: 1) If the LBP resulted from joint degeneration, other joints also perhaps were experiencing the phenomenon of degeneration; 2) If the LBP resulted from nerve compression, nerve compression might cause lower limb pains.

Both a current MDE and severe LBP were the most important factors associated with three other pains in the first regression model. The DS was the most important factor related to five other pains in the second regression model. Therefore, the association of depression with other pains was not inferior to that of the intensity of LBP with other pains. The above results might partially arise from the fact that the impact of depression on pain is sent directly from the central nervous system to affect pain sensation, sensitivity, modulation, and cognitive messages. Therefore, its impact is general. Several possible mechanisms of how depression affects pain have been reported. Gray matter change in MDE patients and maladaptive neuroplasticity modulated by dis-regulation of neurotransmitters, involving descending inhibitory and facilitatory pain pathways, might be the biological origin of central sensitization [17,18,26,41]. Furthermore, failure in emotional modulation of pain and attention bias toward physiological cues also interfere with pain perception [42,43]. Some LBP might result from compression of peripheral nerves or pain due to muscle, tendon, and others. Severe chronic peripheral pain might cause or exacerbate central sensitization and/or depression, which might also affect other pains. Patients with LBP for a longer duration might alter their posture and movement patterns due to the LBP, which can therefore place stress on other structures. Depression and pain interact, and it is also possible that patients with CLBP and other multiple pains have a greater level of disability and limited function [10,13], which might exacerbate depression.

There were two clinical implications of the results of this study. 1) Some pains appeared to be specifically related to depression, such as headache, chest pain, and general muscle pain. If these pains appear in patients with CLBP, physicians should be alert to the possibility of depression. 2) Psychiatric disorders, such as somatoform disorders, MDD, and anxiety disorders, were common in this and previous studies [28,29,44]. Screening for psychiatric comorbidities among patients with CLBP is important.

There were several limitations or methodological issues related to this study. 1) This study could not confirm the cause-and-effect relationships of LBP, depression, anxiety and other pains. 2) Our subjects were recruited from a medical center. Expansion of the results of this study to the general population should be performed cautiously. 3) Different psychometric scales might test different dimensions of depression and/or anxiety. Anxiety-related symptoms, such as a catastrophizing reaction, fear and avoidance, were not included in this study. This might cause the impacts of anxiety to be underestimated. 4) Among the seven other pains, other bone/joint pains and general muscle pain might overlap some local pains, such as neck/shoulder pains and limb pains. This might lead to some pains being overestimated.

The authors declared that they had no competing interests. 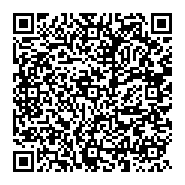