Demographic and Clinical Correlates of Breast Cancer Patients with Depression

Breast cancer patients are vulnerable to depression with prevalence varying between 11 and 86% in literature with direct and indirect impact on compliance to treatment, quality of life and response to therapeutic course. Our study aims to identifying the profile of patients with cancer breast whom symptoms exceed normal reactive sadness to depressive manifestation necessitating psychiatric and psychological intervention.

Depression is a common illness among breast cancer patients with particular vulnerable group among those postmenopausal widowed and divorced with advanced stage having rather infiltrative ductal carcinoma.

Breast cancer patients are vulnerable to depression at all stages of the illness, from appearance of first symptoms, time of diagnosis, during treatment and palliative care. An important challenge to clinicians is to identify the point when normal sadness or distress associated with cancer turns to pathological depressive manifestations with impact on therapeutic compliance and outcome [1]. Depression is often underestimated in breast cancer with prevalence varying between 10% and 25%, though depression was found to be highest at diagnosis, depression during survivorship was not adequately studied. During the follow up care, survivors’ psychological needs were often neglected [2]. The use of tamoxifen, an antiestrogen for treatment of hormone sensitive breast cancer has also been associated with depression [3]. Study of depressive symptoms among patients with breast cancer has been under focus within the therapeutic community. It has been found that depressive symptoms do have negative impact on illness course, response to treatment, compliance with medications, quality of life and even all-cause mortality rate when other covariants are adjusted for statistical reasons [4]. It seems that similar findings are found in patients having diagnosis of Major depressive disorder before discovering their cancer breast. Such consistent findings encouraged many authors to recommend therapeutic approach to depressive symptoms weather antidepressant medications or psychological interventions such as meditation and CBT psychotherapy [5].

From economic perspective, women with breast cancer tended to impose higher costs on health insurance system. Such finding was even tested for racial differences and revealed no difference! Though prevalence of breast cancer tended to be higher among white women compared to black women but prevalence of depression among both races were similar with a near similar increased therapy costs compared to those women with breast cancer that don’t fulfill criteria for major depression [6].

In the current study we try to profile breast cancer patients at risk of pathological depressive manifestations in order to raise awareness of an underestimated mental health problem among such vulnerable group.

Hamilton Rating Scale for Depression HAM-D: is a multiple item questionnaire used to provide an indication of depression and guide to evaluate progress and recovery. The questionnaire is designed for adults and is used to rate severity of depression by probing mood, feeling of guilt, suicide ideation, insomnia, agitation or retardation, anxiety, weight loss and somatic symptoms. Initially considered the golden standard for rating depression in clinical research. The original 1960 version contains 17 items to be rated, but four other questions are not added to total score and used to provide additional clinical information. Each item on the questionnaire is scored on a three or five point scale, depending on item, and total score is calculated. Assessment time estimated at 20 min. A score 0-7 is considered normal, score of 20 or higher indicates moderate to severe depression and are often required for entery into clinical trial [7].

The mean total score for HAM-D was 14 ± 4.99 with distribution according to intensity of depressive symptoms as shown in Table 1.

Table 1: The mean total score for HAM-D was 14 ± 4.99 with distribution according to intensity of depressive symptoms.

Different demographic and clinical parameters have shown significant association with presence of depressive symptoms as shown in Table 2.

Among the sample 54 have undergone surgical intervention either modified radical mastectomy or lumbectomy, those who had the former had more intense depressive symptoms with significant statistical difference (Table 3).

Our study didn’t show association between intensity of depression and positive family history of psychiatric disorder, presence of brain metastasis or use of adjuvant chemotherapy (p>0.05)

Depression among breast cancer patients is prevalent and underestimated with wide range of variability according to sample size, selection criteria, screening tool as well as ethnic background. Depression not only affects the quality of life but also compromises compliance with anticancer treatment, associated with prolonged hospitalization and may have negative effect on prognosis and even survival. Among patients with breast cancer, depression has been reported to be related to a significantly reduced chance of survival over 5 years [8].

As for age group as categorized into pre and postmenopausal, authors highlighted that menopausal state has significantly associated with depression in breast cancer patients since estrogen acts as cholinergic agonist and increases norepinephrine activity, those multiple modulations suggest that estrogen may have an antidepressant like effect and enhances neurotransmitter activity [11]. Other authors didn’t find any effect of age or menopausal state on depression [12], some authors even found, in contrast to our study, that younger age being more associated with depression [13]. However lot of other demographic and tumor related factors may come with confusion biais effect on results explaining such variability. Though some authors attribute higher prevalence of depression among postmenopausal to the pharmacological antidepressant effect of estrogen but contrary results in other studies have been attributed to psychological impact on younger age with higher rates of anger and poor acceptance of having cancer in their young age [12,13].

Our study revealed higher prevalence of depression among widowed and divorced patients with high significance (p<0.001), some authors came with results in agreement with ours like Chen et al. [10]. On the other hand, Carvalho group found no association between depression and marital status [12]. Such difference in results may be attributed to ethnic and cultural background variability as well as age range of samples. Such finding can be explained by lack of marital social support which normally serves as a clinically positive attribute that improves outcome to treatment.

As for tumor correlates, our study found higher depression rates with advanced stage, infiltrative ductal carcinoma histopathological subtype and +ve history for recurrence. Our results come in agreement with studies carried out by different authors and can be attributed to poor prognosis and higher recurrence rate and poor quality of life with such tumor correlates of severity and poor outcome [14]. These results also explain the association between intensity of depression and type of surgical intervention practiced, since lumbectomy is rather preserved for mild cases with early stages. Though the presence of brain metastasis that should theoretically categorize tumor as being more advanced, our study failed to show any association between presence of brain metastasis and depression, in agreement with results revealed by many authors [15,16] which may be attributed to the small sample size of patients having brain metastasis in our sample

Finally, as regards effect of preoperative adjuvant chemotherapy, though our study showed no association with depression which reflects replication of previous authors [12]. Some other research groups found chemotherapy use to be correlated with less depressive symptoms and attributed their findings to the fact that responders to chemotherapy showed improvement of their depressive symptoms due to diminished lumb size and reduced pain and manifestations directly related to space occupying lesion though of chemotherapy adverse effects [17].

Our study highlights the high prevalence of depressive manifestations among patients with breast cancer that set an alarm to a diagnosis that necessitate a multidisciplinary management with an important role for mental health professionals. Profiling patients at higher risk for depression among those widowed or divorced, postmenopausal state. Some tumor correlates like history of recurrence, advanced staging, histopathological subtyping as well as surgical intervention practiced in patients are associated with more intense depression, raising awareness alarm to screen for depression among those particular vulnerable group rather than overlooking depression and underestimating it by considering that as normal reactive sadness

Our study is limited by sample size that went smaller with sub-categirization leading to use of nonparametric rather that parametric statistical test. Screening for depression was made using only one psychological scale that was not confirmed by more scaling to confirm consistent sub-categorization into mild, moderate and severe depressive symptoms 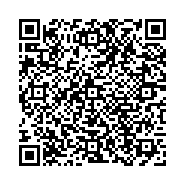