In this report, we described a patient with an interhemispheric subdural hematoma in left occipital area who developed complex visual hallucinations in the quadrantanopic visual field. The hallucination appeared only during eye closure. According to electroencephalogram (EEG) recording, the hallucination was not ictal phenomenon. By using serial SPECT images and the focal cerebral perfusion changes, we demonstrated that the parieto-occipital release phenomenon may represent possible mechanism of the hallucination.

A 79-year-old man was referred by the ophthalmologist to the neurology clinics for evaluation of blur vision and right leg weakness. He reported falling down one week ago. Upon examination, his visual acuity was 20/20 but with a right inferior quadrantanopia. Extraocular movements were normal and eye ground checkup was unremarkable. The patient began to develop complex visual hallucinations, seeing colorful scenes in the setting of trees, river winding across, and one aboriginal man in the right inferior quadrantanopic visual field. He was attracted by the man’s colorful dressings although the face was unfamiliar to him. He also noticed that the hallucination only appeared with eye closure and disappeared with eye opening, blinking, or in the dark room with eye opening. Occasionally, the aboriginal man would walk but was confined to the quadrantanopic visual field. He perceived these as non-threatening scenes and realized that they were not real. The cognitive tests are normal. The patient underwent repeated EEGs with a split-screen video. Despite the persistence of these complex visual hallucinations, there were no epileptic discharges or slow waves found either during eyes opening or closure. The hallucinations resolved three weeks later.

The SPECT images were analyzed both visually and quantitatively. Region of interest (ROI) technique were according to cross-section anatomy described by Pasquier. The counts for each parieto-occipital regions were selected as ROI and referenced to the ipsilateral cerebellar lobe, providing semiquantitative regional cerebral blood flow (CBF) ratios between two hemispheres.

To our knowledge, this is the first case report delineating complex visual hallucination related to eye closure following extraoccipital compressive lesion. As the CBF increment was not found during eye opening or in the recovery stage (even with eye closure), the neuroimaging findings suggested that the release phenomenon occurred within the visual association cortex during eye closure might play a role in the generation of complex visual hallucination.

Complex visual hallucinations could be related to cortical release phenomenon, direct irritative process or both. Typical cases showing irritating process were observed in patients with epilepsy whose epileptiform discharges were observed in the occipital primary visual cortex or visual associative cortex. Based on the normal EEG findings, a direct irritative stimulation was less likely in this case.

Complex visual hallucinations following visual pathway disruption would result in release of the endogenous visual memories stored in the visual association cortex. Such a release phenomenon may not provide localization value as they can occur from lesions along the visual pathway, for example, Charles Bonnet syndrome resulted from the retina lesions [8]. The hemianopic hallucinations related to release phenomenon often require time to develop and may vary from 12 hours to one week, depending on the reactionary process [9]. In this case, the hallucination developed one week after the head trauma and the lesion related to the hallucination was located in the extra-cerebral region.

The occurrence of visual hallucinations directly on eye closure has rarely been reported, which represent a striking feature in this case. From the literature, one following a minor surgery [10], one with atropine overdose [11], one related to epilepsy [12] and one after coronary artery bypass grafting [13]. For these cases, release phenomenon and derangement of ascending reticular activating system (ARAS) were purposed as possible mechanisms in the generation of hallucination during eye closure. Our patient did not have a history of sleep disorder or heightened dreams, nor was the hallucination presented in drowsy state, at night or during hypnagogic stage. Therefore, derangement of ARAS is not considered here.

Previous functional MRI study suggested that eyes-open and eyes-closure had differential effects on brain activity [14,15]. During visual recall on eye closure, there was regional CBF increment in the higher ordered parieto-occipital visual association cortex [16]. Without external stimulation, ocular motor and attentional systems were activated when the eyes were open. On the contrary, the visual, somatosensory, vestibular, and auditory systems were activated when the eyes were closed. From a neuropsychological point-of-view, a normal percept arises from an interaction between afferent signals (bottomup processing) and prior knowledge (topdown processing). Visual hallucination can be generated fully by inner mind or a dysregulation of the external perception and internal image production. As the eye closure represents the “interoceptive” state characterized by imagination and multisensory activity, eye opening may represent an “exteroceptive” state characterized by attention and ocular motor activity. Hallucinations in post-bereavement [17] and schizophrenia [18], for example, reflect the goal directed nature of active attentional perception. Hallucinations associated with rostral brainstem lesions, thalamic lesions, delirium, dementia with Lewy bodies [19] or parkinson’s disease [20] may have great attentional deficits in which the attention system fails to integrate properly with the top-down processing. As such, the state of eye closure may not only indicate the blockade of the light or other external stimuli interference but also helped to free the internal image production.

In conclusion, the release phenomenon from the parieto-occipital cortex was responsible for complex visual hallucinations after eye closure. Our SPECT results showed that eye closure helped to activate the release phenomenon from the associative cortex. The extraoccipital compressive lesion caused reduced visual signal to the visual association cortex, which in turn release the endogenous visual memories and cause the hallucinatory experience. During eye closure, the visual system was activated more easily than the eye opening state, causing the condition-specific phenomenon.

None of the authors have any financial disclosures or conflicts of interest related to this study. The study protocol was approved by the hospital’s Institutional Review Committee on Human Research. 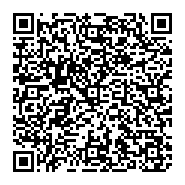