Epilepsy is one of the most common neurologic disorder, and the majority of affected people are expected to participate fully in life experiences, including childbearing [1]. Increasing evidences indicate that anticonvulsant drug exposed to pregnant women results in unwanted damage to the fetus [2]. However, limited methods are used to screen these malformations induced by epilepsy-controlled medications, especially for pregnant patients. Fatty acid binding protein 4 (FABP4) refers to a cellular lipid chaperone involved in coordination of lipid transportation [3]. And FABP4 is primarily expressed in adipocytes and can be released into the circulation [4]. In the nonpregnant state, FABP4 is associated with the following potential risk factors: obesity, hypertension, and diabetes [5,6]. Our previous study highlights that FABP4 may play as a sensitive biomarker for valproateinduced metabolic dysfunction [7]. Interestingly, several studies have reported elevated FABP4 levels in pregnant women with pre-diabetes [8], and then in those pregnant women with pre-eclampsia developed later [9]. However, whether circulating FABP4 potentially predicts pre-malformation fetus in pregnant patient with epilepsy has not yet been investigated. Here, our report aimed to validate the proposed hypothesis from the present clinical data.

Two participants were physically examined and clinically diagnosed for further data analyses. Blood samples were aseptically collected from the elbow vein. The plasma was collected by centrifugation at 5000rmp (room temperature) and immediately stored at -20°C for biochemical assays. In the current study, the participants signed the informed consent forms. This study was conducted according to protocols approved by the institutional ethical committee of Guigang City People’s Hospital. In addition, the clinical study was performed as following the Ethical Guidelines of the Declaration of Helsinki [10].

In clinical practice, monotherapy can be effective and well-tolerated in adult patients with epilepsy [11-13], such as lacosamide, brivaracetam, eslicarbazepine acetate. However, the onset of anticonvulsant embryopathy, such as malformations or growth retardation, may be increased in infants when epileptic mother uses anticonvulsant drugs in utero. The pharmacological treatment of epilepsy during pregnancy represents a major clinical challenge since the potential adverse effects and teratogenic hazard of drugs should be balanced with the maternal and fetal risks related to poor seizure control. In these preliminary data, this may be a first report to assess maternal circulating FABP4 in connection with the development of premalformation fetus in epileptic pregnant patient. Thus, FABP4 biomolecule may play a key role in the development of fetal development. Further, it may be the perspective clinical observation to report circulating FABP4 in relation to the development of pre-malformation fetus in pregnant woman with epilepsy, and FABP4 is characterized with independently predicted premalformation fetus. In conclusion, this report demonstrates that circulating FABP4 functions as a potential biomarker for prediction of malformation fetus in epileptic pregnant woman who exposed to valproate monotherapy.

The reviewers’ comments contribute to a constructive spirit in the current revised manuscript.

The authors declare no conflicts of interest and are responsible for the contents of this study. 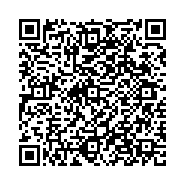