Cathepsin B Regulates the Activation of NLRP3 Inflammasome by Calcium Signaling

Cathepsin B (CatB) is a proteolytic enzyme present in the cytosol which catalyzes the hydrolysis of benzoyl-L-argininamide. Whether CatB can regulate the activation of NLRP3 inflammasome by affecting calcium signal is worth studying. The specific siRNA targeting CatB gene was designed. CatB gene silencing cell line (CB-si-BV2) was established in microglia BV2, and BV2 cells were treated with hydrogen peroxide. GdCl3, Cat-B inhibitor CA-074Me, calcium ion chelating agent BAPTA-AM were used to treat cells simultaneously or separately. NLRP3 protein was detected by Western Blot. NLRP3 mRNA was detected by qPCR. IL-1β and Caspase-1 were detected by ELISA. Cell viability was detected by MTT assay. Cell apoptosis was detected by Hoechst33258 staining. After treatment with hydrogen peroxide, the expression of NLRP3 protein and caspase-1 mRNA increased in BV2 cells. After adding GdCl3, the expression of NLRP3, NLRP3 mRNA, Caspase-1 and IL-1β were significantly increased. After treated with GdCl3, some NLRP3 protein was detected in CB-si-BV2 cells, NLRP3mRNA and Caspase-1 increased, compared with the control group, the difference was statistically significant. After treated with BAPTA-AM, NLRP3, NLRP3mRNA and Caspase-1 were significantly reduced. The growth rate of some CB-si-BV2 cells was significantly slowed down. There was more apoptosis of CB-si-BV2 cells in H2O2 group and (H2O2+GdCl3) group. In the microglial oxidative stress model, CatB plays a role in regulating the activation of NLRP3 inflammasome, which is probably mediated by calcium signaling.

BV2 cells were adherently grown in RPMI1640 medium supplemented with 12% fetal bovine serum (plus low concentrations of penicillin and streptomycin) and incubated at 37°C in a 5% CO2 incubator for 4-6 days of passage once; select the logarithmic growth phase of the cell experiments. Experiment divided into 4 groups. The first group was PBS treatment group, as the control group, the cells were incubated with PBS 5ml for 20 minutes, and then the RNA or total protein of the cells were extracted or cultured according to the experimental requirements. The second group was H2O2 group, which was treated with 0.5 mmol/L H2O2 incubate the cells for 20 minutes and then extract the RNA or total protein of the cells. The third group was (H2O2 + GdCl3) group. The cells were treated with 0.5 mmol / L H2O2 for 20 min and then treated with 2 mmol/L GdCl3 for 15 min. Finally, the cellular RNA or total protein was extracted. The fourth group was (The cells were pre-treated with 5 μmol/L CA-074Me (or BAPTA-AM) for 10 min, followed by the addition of 0.5 mmol/L H2O2 to co-treat with H2O2 + GdCl3 + CA-074Me or H2O2 + GdCl3 + BAPTA- Cells for 20 min, and then replaced with 2 mmol / L of GdCl3 treated cells for 15 min, the final cellular RNA or total protein extraction. If you want to analyze the cell growth, after the above treatment is continued to replace the 1640 medium according to the required program culture.

The complete sequence of the human CatB gene was obtained from Gene Bank. Note the more than 20 nucleotides downstream and remove the sequence with high homology to other genes. The selected sequence is: 5’-CGGCTGTAATGGTGGCTAT-3’. Using pSilencer-U6 as the plasmid vector, two DNA templates of single shRNA were designed and synthesized for single strand of selected SiRNA sequence, annealed in vitro to form doublestranded SiRNA fragments, T4 DNA ligase was inserted into the double linear digestion of BamHⅠand HindIII PSilencer-U6, the ligated plasmid was transformed into competent E. coli. Then send the gene sequencing identification, a large number of plasmid preparations after success. When empty vector was used as a blank control, BV2 cells were transfected into BV2 cells with Lipofectamine-2000 transfection reagent when the cells grew to about 70%. The culture was continued at a G418 screening concentration for 10-20 days; single clones were picked and expanded. The transfected cells obtained were named CB-s-BV2 cells. BV2 cells and CB-s-BV2 cells were passaged for 4-6 days at the same time, total protein was extracted, and Western blotting analysis was used to identify and compare the expression of cathepsin.

The CB-s-BV2 cells were seeded in 96-well plates, after each group of reagents treatment, in the medium by adding 1g/L of thiazolyl blue, incubated for 4 h at 37°C, aspirate the medium, each hole by adding 150 μl of Methyl sulfoxide (DMSO), shaken for 10 min. The experimental operation set the zero holes, the control hole and dosing hole; zero hole plus medium, MTT, DMSO; control wells and dosing wells should add cells, culture medium, MTT, DMSO. The micro plate reader was used to detect the optical density of each well at a wavelength of 490 nm. The number of viable cells was indirectly measured and the cell growth curve was analyzed.

The expression of NLRP3 protein was detected by Western Blot and the specific operation points were as follows. After the cells in each group reached the processing time, the culture broth was discarded, washed once with pre-cooled PBS, added with 200 μl of RIPA cell lysate and PMSF, lysed on ice for 20 min, centrifuged at 12000 g and 4°C for 10 min, supernatant, BAC protein quantitative detection. Take 30 μg protein for SDS-PAGE electrophoresis, electrophoresis at 80 V for 30 min, then electrophoresis at 120 V 90 min, then electroporation at 250 mA 80 min. Block with TBST (10 mmol / L Tris-HCI + 0.15 mol/L NaCI + 0.1% Tween-20) containing skim milk powder for 60 min. Add appropriate dilution of primary antibody (NLRP3 antibody and Tubulin antibody) overnight at 4°C, then add the corresponding biotinylated secondary antibody, at room temperature for 120 min; then add the ABC complex, at room temperature for 30 min, then add DAB color. Tubulin for the control, under the same conditions repeated 3 times. The banding gray of the Western Blot test was done using BIO-RAD’s Quantity-One analysis software.

Mononuclear cells (BMNCs) in blood were isolated by Ficoll density gradient centrifugation and stored in a freezer at -80°C for later use. The sample RNA was extracted by Invitrogen’s TRIzol kit and reverse transcribed into cDNA by reverse transcriptase kit instructions. Primer sequence design based on DNAMAN software.

Detection of casepase-1 and IL-1β in cells was performed by double antibody sandwich enzyme-linked immunosorbent assay (ELISA), and the ELISA kits were all constructed in Shanghai Arashi Biotechnology Co., Ltd. strictly according to the reagents Box instructions operation. Using BIO-RAD-680 micro plate reader, 630/450nm dual wavelength OD value, the OD value of the vertical axis, the sample concentration as the abscissa, draw a standard curve and calculate the sample concentration. Each test repeated 5 times, take the average.

CB-si-BV2-treated cells in each group were fixed with acetic acid/ethanol fixing solution; PBS was rinsed for 5 minutes; stained with Hoechst 33258 working solution for 15 minutes at room temperature; PBS rinsed three times, each time for 5 minutes; finally with a mixture of glycerol and PBS ratio of 1: 9 mixture, the fluorescence microscope. The morphological changes of apoptotic cells were blue fluorescence. Each group of cells with a counter count the number of apoptotic cells in 100 cells, a total of 3 times, takes the average, calculate the incidence of apoptosis.

Prepare the BV2 cells treated with adherent growth on glass coverslips, rinse once with HEPES solution, add fluorescent probe Fluo 3-AM 1 μL at a concentration of 1 mol/L, waiting for 5-10 seconds, followed by laser scanning confocal microscope (US BIO-RAD MRC- 1024 type) detection of intracellular calcium ion concentration. The excitation light parameters were 488nm and the emission parameters were 530nm. The result was the relative value of fluorescence phase in each group.

Figure 1A: Western blots analysis of cathepsin B protein in silencer-cathepsin B transfected BV2 cells.

There was no significant difference between the other groups (P > 0.05) (Figures 3A and 3B). Table 1: Comparing for Caspase-1 and IL-1β in BV2 cell groups from four groups by ELISA(͞x ±SD).

Four groups of CB-si-BV2 cells with different treatment were used to analyze cell viability. Cells in each group were subjected to the above treatment and then transformed into 1640 medium for 5 days. Cell growth and cell viability were observed daily, and cells were indirectly cultured by MTT method Count and compare (Figure 4). The results showed that (H2O2 + GdCl3) group grew slowest, H2O2 group grew slowly, and PBS group grew relatively fast (Figure 4).

Four groups of CB-si-BV2 cells were selected for Hoechst 33258 staining and analyzed under a fluorescence microscope. The results were seen in Figures 5 and 6. The results showed that the cell apoptosis rates in PBS group, H2O2 group, (H2O2 + GdCl3) group and (H2O2 + GdCl3 + BAPTA-AM) group were 4.3%, 25.6%, 39.1% and 5.8%, respectively. The apoptosis rates of H2O2 group or (H2O2 + GdCl3) compared with ones of the PBS group appeared higher by histogram. (H2O2 + GdCl3 + BAPTA-AM) group compared with the PBS group, it showed no significant difference in the proportion of apoptosis (Figure 7).

Figure 5: The comparison of the cell growth curves in different treated CB-si-BV2 cells by MTT.

▪ The intracellular calcium ion concentration analysis for each treatment group

In this study, we found that the expression of NLRP3, NLRP3 mRNA, Caspase-1 and IL- 1β were significantly increased after treatment with hydrogen peroxide and adding with GdCl3. In addition, NLRP3mRNA and Caspase-1 increased in CB-si-BV2 cells. After treated with calcium ion chelating agent, NLRP3, NLRP3mRNA and Caspase-1 were significantly reduced. We also found that there was more apoptosis of CB-si-BV2 cells in H2O2 group and (H2O2+GdCl3) group. NRLP3 is an important pattern recognition receptor in human innate immunity. NLPR3 is assembled with the downstream adapter protein Apoptosis-related speckle (ASC) and the effector protein Caspase-1 to form NLPR3 inflammasome, which serves as the core protein NLPR3 of inflammasome. The cytoplasm plays a role as a sensor of stress response to endogenous dangerous signals and exogenous microorganisms [11,12].

This work was supported by grants from Department of Science and Technology in Guizhou Province in China, Project Number: Basic [2016]1131 of Qian-Ke-He (H.B) and grant from Department of Health and Family Planning Commission [ Project Number: 2015-326] in Guizhou province in China (H.B) , and Fund from Less Developed Regions of the National Natural Science Foundation of China (No.81560482, QF. Z). 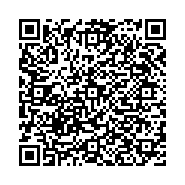