Broad Impairment of Executive Functions in Patients with ParkinsonÃÂÃÂ¢ÃÂÃÂÃÂÃÂs disease: A Meta-Analysis

Objective: Executive functions (EF) impairments have been observed in patients with Parkinson’s disease (PD). However, the pattern of EF deficits in this population remains unclear. This article aimed to examine the influence of PD on different EF domains through meta-analysis of published data.

Conclusions: The findings suggest that among PD patients, EFs in which reasoning is least affected are broadly impaired

Parkinson’s disease (PD) is a progressive neurodegenerative disorder characterized by dopamine depletion subsequent to the loss of dopaminergic neurons in the substantia nigra pars compacta [1]. The most salient symptoms exhibited by PD patients are motor impairments, including bradykinesia, rigidity, resting tremor, gait problems and postural instability [2-4]. In industrialised countries, PD affects 1% of older adults (age > 60 years) [5], and estimates suggest that the population of PD patients will reach 8.7–9.3 million worldwide by 2030 [6]. This increase is expected to place significant burdens on caregivers and healthcare systems in the future.

Recent research has demonstrated that in addition to motor impairments, PD patients exhibit decreases in cognitive capabilities, particularly executive functions (EF) [7]. EFs comprise a set of inter-related, effortful cognitive processes directed toward goal-directed behaviors [8]. According to the unity/diversity model, 3 core EFs exist: inhibition, working memory and shifting [9]. Inhibition refers to the suppression and control of attention, thoughts and responses required to reach a goal. Working memory describes the ability to retain information temporarily for processing and manipulation [10]. Shifting is defined as changing between task sets or response rules. The core EFs serve as foundation for higher-order EFs, such as planning and reasoning [11]. Planning involves the identification and organization of a sequence of steps needed to achieve a goal [12], whereas reasoning describes the application of knowledge to draw logical inferences [13]. As EFs enable us to address a variety of everyday tasks in a flexible manner, EF impairments can reduce the quality of life and functional outcomes of PD patients.

In addition to declines in behavioral performances, EF dysfunctions exhibited by PD patients may be related to abnormal activity in the basal ganglia and dorsolateral prefrontal cortex [14-17]. As a result, compensatory brain activity is often observed in regions related to EFs. For instance, in the Tower of London task, PD patients can normally activate the prefrontal cortex, despite harbouring subcortical lesions, and can additionally activate the hippocampus as a compensatory mechanism [14]. Regarding set shifting, the behavioral performances of PD patients and healthy controls were comparable, although PD patients exhibited increased activation in the inferior parietal cortex and superior frontal gyrus that likely indicated certain neuro-compensatory mechanisms [18]. During the n-back task, PD patients exhibited reduced connectivity between the dorsolateral prefrontal cortex and other task-related regions, indicating deficits in the executive network. These findings suggested that hyperactivity in the dorsolateral prefrontal cortex, caudate nucleus and inferior parietal cortex plays a crucial role in counteracting decreases in the EF performance in PD patients [19]. Hence, EF dysfunctions in PD patients can be associated with dysfunctional frontostriatal loops caused by dopamine pathway abnormalities.

According to a previous meta-analysis, PD patients exhibited dysfunctional EFs with effect sizes (Hedges’ g) ranging from -0.43 to -0.94 [7]. However, that meta-analysis failed to adequately address EF deficits in PD patients. First, the numbers of included studies related to different EF tasks were rather small (k = 2–14). Second, the authors did not report results for separate EFs, and thus it was difficult to compare the extents of deficits among different EFs. To overcome these limitations in our understanding, we conducted a meta-analysis to quantitatively summarize the existing results and compare different EFs between PD patients and healthy controls. Moreover, as a handful of studies have suggested the moderating effects of age, education, overall cognitive ability and PD-associated motor deficits on EF [20-24], we also examined the potential moderators of cognitive declines in PD patients. The results might provide insights for practitioners and clinicians that would allow them to focus on the most impaired cognitive abilities and devise suitable strategies to improve the functional abilities and quality of life of PD patients.

In this review, we included studies that measured EFs in PD patients and healthy controls. Inclusion was limited to English-language research articles published in peer-reviewed journals that provided sufficient data for effect size computation. Additionally, patients in the included studies should not have been clinically depressed or demented or exhibited other neurological diseases. Commentaries, review articles and studies including PD patients experiencing deep brain stimulation were excluded.

The studies were identified by searching electronic databases and scanning the bibliographies of articles published from the first available date to May 10, 2016. The electronic databases Web of Knowledge, PubMed, Medline and PsycINFO were searched for literature using the term ‘Parkinson’s disease’ in combination with the terms ‘executive functions’, ‘working memory’, ‘cognitive control’, ‘inhibition’, ‘set shifting’, ‘flexibility’, ‘planning’, ‘reasoning’ or ‘task switching’.

We developed an electronic spreadsheet for data extraction. The screening and eligibility assessment was performed by 3 reviewers in a non-blinded, standardized manner. During training, the reviewers assessed 300 articles and achieved a rate of agreement above 90%. Disagreements between the reviewers were resolved by consensus. Subsequently, the remaining articles were divided into 3 groups and each was assigned to a reviewer who performed data extraction and coding. The spreadsheet completed by each reviewer was double-checked by another reviewer.

EF was the primary outcome measure. Mean data were converted to Hedges’ g for the metaanalysis. Multiple tests that assessed the same EF in one study were combined. The data analysis was conducted in Comprehensive Meta-Analysis 2.0. A random-effects model was used to account for variability among the samples and assessment tools across the included studies. A positive Hedges’ g indicated a better EF performance among PD patients relative to healthy controls.

Cochran’s Q test was used to assess heterogeneity. An I2 statistic was included to quantify the proportion of heterogeneity across studies that could not be explained by chance (I2 values of 25%, 50%, and 75% corresponded to low, moderate, and high heterogeneity, respectively) [28].

Publication bias was assessed through a visual inspection of funnel plots and Egger’s asymmetry test [29]. In a funnel plot, asymmetry can result from the non-publication of null or negative results. In Egger’s asymmetry test, the standardized effect estimate (effect size/standard error) is regressed on precision (1/standard error). A significant deviation of the y-intercept from zero might indicate the presence of publication bias. In addition, a fail-safe N test was also used to determine the number of hypothetical missing studies required to nullify the overall effects. A fail-safe N that exceeds the threshold (N ≥ 5k+10) has been well accepted as an indicator of a meta-analytic result robust to publication bias [30]. The trim-and-fill method was used to calculate an adjusted effect size corrected for the effects of missing studies in asymmetrical funnel plots [31].

The influences of age, years of education, disease severity, motor deficits, disease duration and global cognition and dose of medication on the study outcome were assessed through a mixedeffects meta-regression analysis based on an unrestricted maximum likelihood model.

Table 1: Summary of the included studies.

Table 2: Summary of the meta-analytic results.

This meta-analysis quantitatively compared the EFs of PD patients and healthy controls. A fairly moderate impairment of overall EF was observed among PD patients, consistent with the results of a previous meta-analysis [7]. The smaller effect size observed in this meta-analysis might have resulted from the inclusion of a greater number of studies. Small to moderate effect sizes were observed in different EF domains (Hedges’ g = -0.31 to -0.55), among which reasoning skill was the least affected. This finding was compatible with the results of an earlier study in which abstract thinking was demonstrated to be less affected than attentional control in PD patients [32]. Other EF domains were similarly affected to a similar extent. Furthermore, the EF deficits experienced by PD patients were not found to be influenced by age, years of education, disease severity, motor deficits, disease duration, medication dose or global cognition.

According to Egger’s asymmetry test, the overall EF was subject to publication bias. Even after grouping by EF domain, obvious publication bias remained for inhibition, reasoning, shifting and working memory, suggesting that null results or results indicating better EF among PD patients may not have been published. The failsafe N indicated that the meta-analytic results for attention, inhibition, planning, shifting and working memory were robust to publication bias. However, the fail-safe N for reasoning was smaller than the threshold, indicating that the meta-analytic results for this domain were susceptible to publication bias. The effect sizes generally decreased after the trim-out-fill procedure was applied, but remained significantly different from zero. Hence, broad EF impairments were observed in PD patients, and reasoning remained the least affected EF domain.

The current meta-analysis provided evidence indicating that PD patients exhibit substantial dysfunctions across different EF domains. In this population, the impairments in the attention, inhibition, planning, and reasoning, shifting and working memory domains were not moderated by age, years of education, disease severity, motor deficits, disease duration, medication dose or global cognition. These results better enable us to understand the EF profiles of PD patients, and this information will assist clinicians and caregivers with devising suitable strategies to improve the functional outcomes and quality of life of PD patients.

EFs are essential for performing daily tasks; accordingly, impairments in these domains can greatly degrade a PD patient’s quality of life and functional capability [33]. The existing literature suggests that EF can be altered through deliberate training and intervention. For instance, physical exercise has been shown to improve inhibition, planning and working memory in PD patients [34-36]. Computerized cognitive training and video games were also found to improve EF in PD patients [37,38]. The selection of an appropriate remedial approach could halt a decline in or even improve the EF of PD patients, thus reducing the challenges faced during daily life and the burdens placed on caregivers.

This meta-analysis was limited to studies published in peer-reviewed journals. Although this criterion ensured the quality of the included studies, we risked missing relevant studies that had been published elsewhere. Additionally, some identified studies were excluded from the meta-analysis because they contained insufficient data for an effect size computation. This reduced the number of included studies and potentially introduced a non-random bias.

In addition, the selection of EF domains and tasks may have been arbitrary. According to an existing consensus, inhibition, working memory and shifting are the core EFs [9]. Although attention, planning and reasoning are crucial for goal-directed behaviors, their inclusion in EF is debatable. For instance, reasoning may depend on one’s prior knowledge and experience, rather than the ability to follow rules of logic. Moreover, more than one performance index (such as reaction time, accuracy and error rate) might apply to an EF task, and the index selection may be subjective. To ensure that the included performance indices were representative of the assessed EFs, we attempted to select the most appropriate indicators based on suggestions in the literature.

PD patients exhibit impairments in the EF domains of attention, inhibition, planning, reasoning, shifting and working memory; of these, reasoning is the least affected. Furthermore, these deficits are not influenced by age, years of education, disease severity, motor deficits, disease duration, medication dose or global cognition. However, as the results for reasoning were more susceptible to publication bias, compared to other EF domains, additional studies of this domain should be conducted and included in future meta-analyses. Finally, although numerous studies have demonstrated the plasticity of EF in PD patients, the efficacies of remediate EF training and intervention strategies require further verifications.

No conflict of interest is to be disclosed. 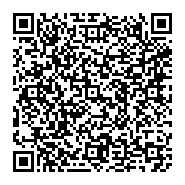