BackgroundÃ¯Â¼ÂÂThe discovery of aquaporin-4 (AQP4) antibody was a major advance since it indicated that neuromyelitis optica (NMO) is an independent disease distinct from multiplesclerosis. Thereafter, a broad spectrum of disorders in which AQP4 antibody could be found were grouped together and termed as neuromyelitis optica spectrum disorder (NMOSD).Recently, scholars have proposed that the condition of AQP4 antibody-positivity in patients
should be considered as autoimmune AQP4 channelopathy, of which NMOSD should be regarded as a part.

Methods: We describe a 41-year-old woman with encephalopathy who presented withstrange behaviour, disorganized language, and other psychiatric symptoms. Cerebral magnetic resonance imaging (MRI) revealed that lesions were located in the bilateral hypothalamus,thalamus, corpus callosum, and periependymal surfaces of the third and lateral ventricles.Serum and cerebrospinal fluid (CSF) were tested for AQP4-antibody using a commercial fixed cell-based assay.

Conclusion: For patients with acute or subacute onset of encephalopathy, with lesions in theareas where AQP4 were enriched, AQP4 antibody assay should be a routine test. Moreoverfor an appropriate representation of the disease, the description autoimmune aquaporin-4 channelopathy should be used.

Neuromyelitis optica (NMO) is an autoimmune disease of the central nervous system characterized by optic neuritis and myelitis; however, the definition undergoes constant evolution. Historically, NMO was a disease with simultaneous bilateral optic neuritis and myelitis. Lack of brain lesions and a monophase course were also emphasized. After several cases had been reported, it was known that not all patients with NMO exhibited a monophasic disease course [1]. However, it was controversial whether NMO was an independent disease or a topographically restricted form of multiple sclerosis. The discovery of aquaporin-4 (AQP4) antibody in 2004 was a major advance since it indicated that NMO is an antibody-mediated disease, distinct from multiple sclerosis. Moreover, a broad spectrum of disorders with AQP4 antibody positivity were grouped together and termed as neuromyelitis optica spectrum disorder (NMOSD), including longitudinally extensive myelitis, recurrent optic neuritis etc. Brain lesions were also identified [2]. In the 2015 Wingerchuk criteria, the clinical diagnostic characteristics were further broadened. Unexplained hiccups, acute diencephalic clinical syndrome, symptomatic cerebral syndrome etc. were all regarded as core clinical characteristics [3]. The evolving criteria of NMOSD indicate the increasing importance of AQP4 antibody and clinical manifestations criteria are getting further relaxation. Recently, scholars have recommended that the AQP4 antibody positive diseases should be designated as autoimmune aquaporin-4 channelopathy, with NMOSD regarded as part [1]. Here, we describe a case of autoimmune aquaporin-4 channelopathy with psychiatric symptoms as the chief features, which have not been reported.

A 41-year-old woman was admitted to our hospital owing to strange behaviour and somnolence, which lasted for 20 days. Her family observed that her language was disorganized, and she could not distinguish between morning and afternoon, tell where she was, remember where her daughter was, recognize her husband and sisters, or do any housework. She reported having a meal when she had not. She also felt sleepy all the time but did not complain of blurred, decreased visual ability, and numbness or weakness of the limbs. She did not experience frequent urination or increased urine volume. Her husband also confirmed that she had no history of optic neuritis or myelitis. Neurological examination revealed that she could not concentrate for long and would easily fall asleep. Time and space orientation, memory, and calculation functions were impaired.

Routine blood test results were normal except for mild anaemia (108 g/L, normal range, 115-150 g/L). Autoimmune encephalitis antibodies including N-methyl-D-aspartic acid (NMDAR), contactin-associated protein-2 (CASPR2), α-amino-3-hydroxy-5-methyl-4- isoxazolepropionic acid receptor-1 (AMPAR1), AMPAR2, leucine-rich glioma inactivated-1 (LGI1), γ-Aminobutyrie Acid receptor (GABAR) and dipeptidyl-peptidase-like protein (DPPX) were all negative in serum and CSF. AQP4 antibody was positive in the serum and CSF (both of the antibody indexes were 1:100). IgM index for herpes simplex virus type I (HSVI) was elevated (1.77, normal range, <1.1). Other antibodies, for syphilis, hepatitis B, C, D, and E, and HIV, were negative. Rheumatoid factor, anti-SSA antibody, anti-SSB antibody, anti-double stranded DNA antibody, and other antinuclear antibodies were negative. Thyroid function was normal and thyroid peroxidase antibody, anti-thyroid microsomal antibodies were also negative. Prolactin levels increased to 41.99 ng/mL (6.0-29.9), however, the levels other hormones including oestrogen, progesterone, and cortisol were within the normal range. Lumbar puncture was conducted and the pressure was slightly below the normal range (75 mmH2O, reference value 80-180 mmH2O), and CSF analysis revealed that IgG was slightly elevated (0.047 g/L, normal range, 0.005-0.041g/L). Karyocytes were not detected and the oligoclonal IgG band was negative. Cerebral magnetic resonance imaging (MRI) revealed that the lesions were located in bilateral hypothalamus, thalamus, corpus callosum, and periependymal surfaces of the third and lateral ventricles. The lesions were non-enhanced, hypo-intense on a T1-weighted sequence, and hyper-intense on T2-weighted and fluid attenuated inversion recovery (FLAIR) sequences (Figure 1). On the electroencephalogram, moderate amplitude 4-7 Hz θ wave and 2-4 Hz δ wave were shown by all the leads. Visual evoked potentials revealed prolongation of latency of P100. No obvious retinal nerve fiber layer thinning was observed with optical coherence tomography. A chest computed tomography scan did not reveal abnormality. Considering that various kinds of neoplasms have been reported in individuals with NMOSD and AQP4 antibody may be the result of immune response in such patients, we conducted positron emission tomography computed tomography scans in patients; no specific abnormality was detected. The patient was treated with acyclovir because of the elevated HSV-1 antibody index. Prednisolone (1 g every day for 5 days) was administrated intravenously followed by oral prednisone (60 mg/d initially, gradually tapered to 30 mg/d for several weeks, 15 mg/d subsequently and finally to a maintenance dose of 10 mg/d). At the six-month follow-up evaluation, her symptoms improved significantly.

Figure 1: Fluid attenuated inversion recovery sequence (FLAIR) of cerebral magnetic resonance imaging (MRI) revealed that lesions were located in bilateral hypothalamus and periependymal surfaces of the third ventricle (A), thalamus (B), corpus callosum and and periependymal surfaces of the lateral ventricles (C). The lesions were hyper-intensive on T2-weighted (D), hypo-intensive on T1-weighted sequence (E), and non-enhanced (F).

Since the discovery of AQP4-IgG, the conceptualization of NMO has evolved dramatically and is different from the historical perception. It is now widely recognized that the typical intracranial lesions of NMOSD are located in the area where AQP4 is enriched including periventricular area, diencephalon (hypothalamus and thalamus), dorsal medulla (especially the area postrema) and periependymal surfaces of the third and fourth ventricles [3]. However, the term used limits the concept of this disease to a certain extent. Several patients experience brain symptoms at disease-initiation without the involvement of the optic nerve or spinal cord. For such patients, physicians may not consider the diagnosis of NMOSD or test for AQP4 antibody, resulting in the delay of diagnosis and treatment.

In our case, the patient showed psychiatric symptoms as the chief manifestation, which were indicative of atypical diencephalic clinical syndrome [5] and no history of optic neuritis or myelitis was noted. Considering that lesions observed with MRI were located in the typical intracranial locations of NMOSD, we tested for AQP4 antibodies after the autoimmune encephalitis antibodies tests were negative. The results showed that AQP4 antibodies were positive, both in the serum and CSF. Considering that AQP4 antibodies are rarely detected in a normal population [6] and that the lesions were in a location typical of NMOSD, the AQP4 antibodies were considered to be responsible for the pathology. However, the patient did not fulfil the criteria of NMOSD, owing to the absence of “core symptoms”. She was diagnosed with autoimmune aquaporin-4 channelopathy and responded well to prednisolone. Thus, we suggest that for such patients who present with acute or sub acute onset encephalopathy, AQP4- IgG assay should be a routine test when the lesions were located in the area where AQP4 are enriched.

Yaguchi et al. reported the case of a pregnant woman, in 2011, who presented with consciousness disturbance and other signs of encephalopathy. AQP4-IgG was positive and the results of the biopsy indicated NMO (AQP4 and glial fibrillary acidic protein decreased in the area of lesion) [7]. Kim et al. retrospectively reviewed 15 patients with NMOSD with brain symptoms at disease-initiation, 86.7% of them (13/15) showed no optic neuritis or myelitis initially, however developed either one of these or both subsequently [8]. These results indicate that the term “NMOSD” limits the concept of such diseases. Thus, Pittock et al. proposed that the term “autoimmune aquaporin-4 channelopathy” should be used, with “NMOSD” considered as a part [1]. This is more in line with clinical practice as many patients who do not meet the diagnosis of “NMOSD” may be AQP4 antibody positive.

For patients with acute or sub-acute onset of encephalopathy, with lesions in the areas where AQP4 were enriched, AQP4 antibody assay should be a routine test. Moreover, for an appropriate representation of the disease, the description autoimmune aquaporin-4 channelopathy should be used.

This work was funded by National Natural Science Foundation of China (81371425). 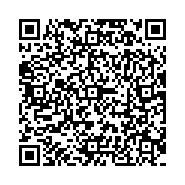