The cause of depression is not clear. To find out the causative agent for depression, I, as a true case, combined the QiGong practice with clinical examination, laboratory tests and microbiology studies. In 1990, when I was 28 years old, and had practiced QiGong for one and a half years, I experienced sudden attack from the air and inside of my body at late night on my way to home. I saw shadows and images in the air, heard voices, and sensed pushing and forcing from inside. I handled the condition with QiGong method. In the hospital, X-ray examination of the internal organs, CT examination of my brain and laboratory tests showed I was physically normal. I sensed something could move in and out of my skin, stay in my body and try to influence my thinking and behaviors. There is no history of these manifestations in my family. Microbiology study revealed they were auto-bacteria, Staphylococcus gasomobilis, which were gram-negative and had special abilities and behaviors. I have treated the condition with QiGong for thirty years and I have been well. These results suggest that autobacteria play a causative role in human depression and other related mental disorders. It is urgent to develop effective strategies to prevent the bacteria from further damaging our life.

Major depression is one of most harmful mental diseases. It causes Canada to lose tens of billions of dollars each year. It is expected to become the second leading cause of disease burden globally by 2020 [1]. Though 80% of people with depression can be successfully treated, 60% of people with mental health issues do not seek help in Canada due to stigma [2]. Untreated clinical depression leads to severe problems including higher risk of suicide. Approximately 4000 Canadians take their own lives each year due to mental illness [2] while over one million people suicide each year due to major depression [3].

Psychotic depression occurs when a person has severe depression plus some form of psychosis, such as having disturbing false fixed beliefs (delusions) or hearing or seeing upsetting things that others cannot hear or see (hallucinations). The psychotic symptoms typically have a depressive “theme,” such as delusions of guilt, poverty, or illness [4]. Though there are quite a few effective treatments the disease often reoccur and could not be definitely cured [4-6].

Generally, depression is thought to be caused by genetic factors, physical status and environmental conditions [7]. However, genetic studies about depression are controversial and have not identified any single gene involved in depression [8]. The number of physical conditions and environmental conditions which have been related to depression are too many to be causative factors [9]. Studies have found that the pathogenesis mechanisms of depression may include stressor- and cytokine-induced alterations of neuroplasticity [10], hormonal and immunological abnormalities [11,12], alterations of the hypothalamic-pituitary-adrenal (HPA) axis [13], changes in neuroplasticity [14], changes in oxidative and nitrosative stress pathways [15,16], and alterations in the expression of genes involved in signal transduction pathways [17]. Among all these factors, alterations in the HPA axis and the inflammatory response play a core role in the pathogenesis of depression [18,19]. The dysfunction of these systems is largely thought to be a result of the activation of stress-related mechanisms [20]. Stress leads to both HPA axis hyperactivity and increased inflammation. As communication occurs between the CNS and the endocrine and immune systems, an activation of one can affect the processes of another, and vice versa [21].

However, these reported mechanisms still cannot explain: (1) why patients feel to be controlled or pushed by something; (2) why patients could see and hear something special; (3) why most patients present that they are attacked by evils. Only after the agents that control and push the patients, produce the sounds and images, or in patients’ word evils, are identified, these questions can be well answered and the mental disorders could be scientifically prevented and cured.

In this case report, I, based on my personal QiGong [22,23] experience, clinical laboratory examination and microbiology study, present some evidence that auto-bacteria are causative reagents in causing human mental disorders, especially depressions.

I, for the sake of human health and life, am willing to honestly report my personal experience and related clinical examination data and laboratory research results. It was in 1990 when I was 28 years old and had been practicing QiGong [22,23] for one and a half years. It was 11:00 pm June 4, 1990, when I finished my work, left my laboratory and walked on the way to my sleeping room, suddenly, I saw things in the space around me flashing in white light, and heard sounds from the things in my native language “seek him, kill him, we are evils”. I was astonished, but I followed the QiGong instructions, cross your two hands in front of your heart, and quietly sit down to get into the state of QiGong [22,23]. They were conquered and did nothing harmful to my health. I went to hospital and told my physician what happened to me. A series of physical examinations were performed. X-ray examination showed that my internal organs, including lung, heart, liver, kidneys, and gastro-intestines, were normal. Computered tomography (CT) showed that there were no lesions in my brain (Figure 1). Laboratory examination results showed that I was in healthy state (Table 1). Pedigree analyses indicated that there was no history of the manifestations in my family (Figure 2). After that I strived to figure out what the evils really were. I laid a drop of 0.1% neutral red solution on a slide, and intentionally push the “gas” out of my finger into the dye solution. After observing under a light microscope, I found microbes moving in the dye. They were filamentary, composed of many cells (Figure 3). Gram staining showed that they were gram negative (Figure 4). rDNA identification showed that they were Staphylococcus bacteria [24].

Figure 2: Pedigree of the QiGong practitioner’s family. The pedigree was constructed based on the relation and psychological manifestations. ◻, male; ○, female; Qigong practitioner. Figure 3: Microbes detected from the out gas. These bacteria attached me, and had special abilities. Figure 4: Gram stain of the bacteria: The bacteria were Gram’s negative.

Since then I have been well living for thirty years. Based on my QiGong ability [22,23] and personal observation, I found these microbes have the following abilities: (1), in addition to other sounds they can produce sounds same as human voices; (2) they can produce light and change colors, such as, transparent, black, white, red and blue; (3), they can automatically move in the air, penetrate into our body through skin, and move inside our body; (4), they can understand and use human language, mimic human voices, though the voice is not so loud; (5), they try to attack and scare people from both inside and outside of our body; (6), they cause emotions, push and force inside people to do illegal things; (7), they do not have acute toxicity effects on our health; (8), there seems to be immune tolerance.

In this case report, I first in the world described my own QiGong experience [22,23], which showed the clinical manifestations, in many aspects similar to depression and other mental disorders. Microbiology study identified that Staphylococcus bacteria were involved. QiGong method [22,23] revealed several special abilities of the bacteria. These results suggest that autobacteria play a causative role in human depression and other mental disorders.

Though I have QiGong method to properly treat the condition, the clinical manifestations are similar to what a typical depression presents, such as, shadows in the air, noise and voice from the air and inside, lights, colorful images, pushing and forcing inside, and so on [4]. The normal clinical examination results including X-ray results, CT results and laboratory test results further support that my experience resembles very much depression [7]. However, I followed QiGong instruction and treated the condition with QiGong method but not with medication commonly prescribed by physicians for thirty years, and my wellbeing outcomes indicate that QiGong method works well [22,23].

Pedigree analysis result excluded the involvement of genetic factors in the manifestations, which is in agreement with the controversial state of the observations about the roles of genetic factors in depression [8]. The existence of Staphylococcus bacteria found in the QiGong gas [22,23] their color changing ability and auto-movement ability have been confirmed in my in vitro study [24-26]. These findings implicate that auto-bacteria play a causative role in human mental disorders, especially depression. The finding of Bacillus gasomobilis [24] and Pseudomonas gaso-mobilis (data not shown) suggest that there may be more auto bacteria involved in depression. Though many factors have been related to depression and other mental disorders no one could explain all the key clinical manifestations of depression. Among the factors related to depression [10-15], HPA hyperactivity due to over response to stressors has been proposed as a core connection among these factors with human brain and related depression symptoms [21]. However, the HPA theory could not explain how hormone changes could lead to the shadows, voice, images, pushing and forcing from inside sensed by the patients while the autobacteria’s abilities and behaviors could completely explain these phenomena. The auto-bacteria and their special abilities indicate that the threats over-responded by the patients are objectively present but not anything imagined out by the patients as proposed by the advancer of adrenalhypothalamus axis hormone change theory [21]. In addition, changes in HPA hormone levels may just be the outcomes of people’s response to the auto-bacteria’s threats [21]. Auto-bacteria play a causative role in initiation, progression and clinical key manifestations of depression. Suicide is not people’s self-killing but people killed by auto-bacteria.

Based on my personal QiGong experience [22,23], clinical examination, and laboratory studies, it is obviously that auto-bacteria can penetrate our skin into our bodies, stay in our bodies and execute some harmful effects on our body. The findings in this report indicate that the autobacteria could break our skin barrier, escape the recognition by our immune-system, and resist to our immune-system responses of bacteriakilling [27,28]. The skin penetration ability of the bacteria is due to their fine diameter [24], squeezable soft cell well (Gram negative, Figure 4) and auto-mobility [24]. Their hydrophilic surface, high solubility and suspension ability in water [24] may be additions to the mechanisms by which pathogens can escape the recognition and phagocytosis by phagocytes, and further resist our immune system’s defensive responses [27-30]. The air auto-movement ability of the bacteria enable them to get into our embryos during early development stages, kill the clones of B-cells responsible for production of immunity to the bacteria antigens, and result in our immune tolerance to them [31]. The auto-bacteria’s abilities of simulation of human voices, understanding and usage of human languages, and influence of human thinking and emotion are quite new to human knowledge about bacteria, which provide a good model for studying the mechanisms of thinking of human neurons. Usually, when the bacteria are transparent and quiet in the environment around us, and transparent, black or quiet inside of our body, people cannot sense their existence and take their influence on our emotion, thinking and behaviors as parts of our own brain functions. A single bacterium cell is too tiny to be sensed by human sensory organs. However, under some conditions, when the bacteria will massively and collectively become black, red, blue, and white, produce lights and voice, and show visible images or shadows, people will be able to sense their existence and vicious attacks on human bodies and harmful influences on human brains, emotions, thinking and behaviors, and response to them with scares and other unreasonable behaviors. Therefore, depending on circumstances, the interaction between human and the auto-bacteria will result in various statuses of our health and wellness, including health, illness, psychosis, mental disorders, crimes, violence or even death.

In conclusion, a new kind of auto-bacterium was identified, which may play a causative role in human mental disorders, especially depression. This case study provides some clues from the point of auto-bacteria for further investigation about the etiological mechanisms of human depression. Effective strategies are urgent to be developed to cure human mental diseases and prevent these bacteria from damaging human life.

No conflict of interest should be declared. 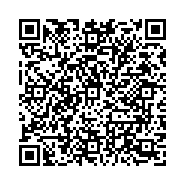